EL PASO, Texas -- It's hard to believe that just a few years ago, Melody Stewart had a hard time getting out of bed.

"I have joint pains, muscle pain, skeletal pain, sometimes difficulty breathing and things of that nature because my body's attacking the healthy cells," Stewart said.

Suffering and clouded by medication, after being diagnosed with an autoimmune disorder.

"I have to get off this because I'm going to die this way," Stewart said. "I was just in bed. I was foggy. Didn't want to move, couldn't focus, couldn't concentrate and was just heavy."

In September 2017, Stewart knew she needed to make a change. She took part in a 100-day challenge to get her body moving, finding relief in yoga.

"I wanted to feel better, so I just started with yoga to help move my joints to get stronger and everything," she said. "It was easy on my joints."

When those 100 days were up, Melody just kept going.

"I just kept going with the yoga. I said, 'Oh' I'm feeling better. I want to try something,'" Stewart said. "I had a friend that let me know that the El Paso marathon was looking for ambassadors. I applied and they accepted me, and so that's how I got into running for the half marathon."

The El Paso TFCU Half Marathon on February 16 will be the first she's ever done.

"I'm going to do it. That's what I know," she said. "I don't know anything about this. I found a training plan on Pinterest and I've just been following that one ever since."

The running that once seemed impossible has now given Melody a second chance.

"Five years ago I was almost bedridden and now I'm strong enough to be out here and run and participate and I feel the best that I've felt in years," she said.

Stewart says she isn't worried about competing in the race, but rather just completing it to accomplish her goals.

If you want to register for the marathon, you can do so here. 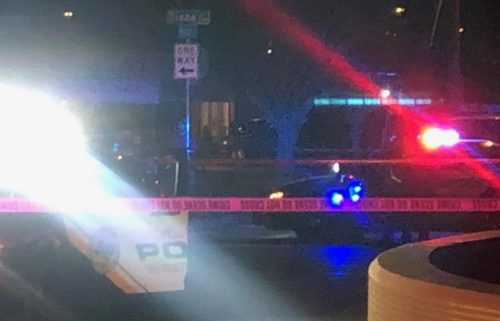