A disjointed display from France was enough to secure a bonus-point 33-9 win over USA in Fukuoka City to maintain its perfect start to the Rugby World Cup.

In attack the men in blue lacked consistency. At times they were scintillating but all too often sloppiness crept in to their game with line breaks promptly followed by dropped balls or forward passes.

One of the few French players to emerge with credit after the match was flyhalf Camille Lopez whose boot contributed six points from the tee and played a telling role in setting up three of the five tries scored.

On five minutes Lopez exploited the space behind USA’s rushing defence and dinked the ball towards the left wing where Yoann Huget collected for the opening try.

Lopez’s next cross-kick was a thing of beauty. After receiving a flat ball from the base of a ruck, he changed direction, went against the grain of attack and arrowed an inch perfect ball to Alivereti Raka. The Fijian-born winger gathered and finished his task to score his first French try in his second game.

At 12-0 all signs pointed to a deluge as the USA’s strategy proved easy pickings for Lopez.

That enthusiasm without the ball paid dividends when the USA had possession as they ran hard, straight lines, sucking French defenders in to the tight channels.

A lack of patience from France saw multiple hands twitch into the dark spaces of rucks from illegal positions. A less lenient referee than Ben O’Keeffe might have reached for a card on two occasions when the ball was slowed down by nefarious means just meters short of the French line.

Instead of a yellow card, the USA made do with penalties and AJ MacGinty nudged over the three-pointers to reduce the margin to just six points by half time.

READ: ‘They feel they can win’: George Gregan on Japan’s World Cup hopes

When the players emerged from the tunnel the game descended into a difficult watch for French fans who will know sterner tests await as the tournament progresses.

Not that the USA were concerned by all that and on 64 minutes MacGinty added three more points to get within touching distance of France.

That seemed to spur the three-time World Cup finalists into action. For the first time in the match, France strung several phases together. The ball was worked towards the rangy center Gael Fickou who stepped off his right foot from close range to crash over on 66 minutes.

The bonus-point — for scoring four tries — was secured three minutes later when another cross-field kick from Lopez reached Raka on the right. The bullish winger did well to regain his feet from the initial tackle and kept the ball alive before substitute scrum-half Baptiste Serin put the game to bed with a simple run towards the posts.

The USA worked tirelessly throughout the match but missed 32 of their 180 energy sapping tackles which ultimately proved the difference between the teams. Even a below-par French team would not let those numbers go unpunished.

On the stroke of full time Jefferson Poirot found himself on the end of a rolling maul and dotted down to add some gloss to the scorecard that does not accurately reflect his team’s performance.

“We got a big surprise, we thought it would be easier,” said French lock Bernard le Roux after the game. “They gave us a hard time at the breakdown, we couldn’t get clean ball. They contested a lot of ball. They stuck in there.”

France take on Tonga next before the crucial clash against England on 12 October. Anything resembling this erratic showing against USA and there is little doubt Eddie Jones’ men will canter to victory.

As for the USA, there are enough positives for coach Gary Gold to easy tonight. Tighten up the defence and there is no reason why an upset against Argentina on Wednesday is beyond reach.

“I’m incredibly proud of this group of players,” Gold said. “I feel we did go toe to toe. We did make mistakes. But we never gave up the fight. I’m so proud if everybody. We worked so hard for this today. Really positive for the way forward.” 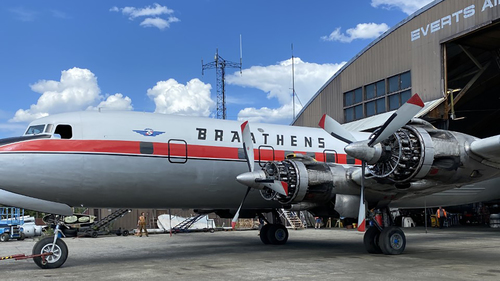