NORMAN, Okla. (AP) — Oklahoma quarterback Spencer Rattler was a preseason Associated Press first-team All-American. Now he might not even start this weekend against TCU. Caleb Williams replaced him last Saturday and rallied the Sooners to a 55-48 win over Texas. Oklahoma coach Lincoln Riley wouldn’t say how he will play his quarterbacks heading into the fourth-ranked Sooners’ game against the Horned Frogs. He says he doesn’t feel like there is a problem. He says he has two great players and two great options. 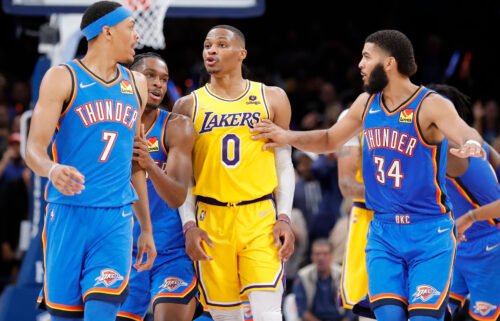