Wisconsin Republican Sen. Ron Johnson’s penchant for spreading false claims and misinformation shows no signs of stopping after a week in which he touted falsehoods related to both the January 6 Capitol riot and Covid-19.

The senator faced online punishment Friday after making false claims over treatments for Covid-19 and, over the weekend, downplayed the events of the January 6 riot during an interview on Fox News. Johnson has been one of the most prominent Republican senators this year to make false and incorrect claims — often repeating narratives touted by former President Donald Trump and his allies — over the pandemic and the Capitol riot.

On Friday, YouTube suspended Johnson’s account after it posted a video of the senator making dubious claims about treatments for the coronavirus. In the video, Johnson voiced support for using hydroxychloroquine against the virus, the same drug Trump enthusiastically endorsed and used as a preventative treatment for coronavirus last year.

This is not the first time Johnson has made false claims regarding the coronavirus. In May, CNN fact-checked Johnson’s false statements suggesting Covid-19 vaccines were dangerous and potentially deadly. Johnson, who tested positive for coronavirus last fall, said at the time that he was “sticking up for people who choose not to get vaccinated.” As of March, Johnson told CNN he had not yet been vaccinated because he previously had Covid-19.

In response to YouTube’s decision to suspend his channel, Johnson told CNN, “YouTube’s ongoing Covid censorship proves they have accumulated too much unaccountable power.”

Johnson has also made significant efforts to downplay and rewrite the events of January 6, claiming Sunday that the riot was not an armed insurrection because people had stayed “within the rope lines” in the Capitol.

“We’ve seen plenty of video of people in the Capitol, and they weren’t rioting,” Johnson said during a Fox News interview Sunday. “It doesn’t look like an armed insurrection when you have people that breach the Capitol –and I don’t condone it — but they’re staying within the rope lines in the Rotunda. That’s not what armed insurrection would look like.”

The comments from Johnson echo those from Republican Rep. Andrew Clyde of Georgia, who said on May 12 that many people who invaded the Capitol stayed “between the stanchions and ropes taking videos and pictures,” and compared parts of the invasion to a “normal tourist visit.”

Johnson, a prominent propagator of false claims over the Capitol riot, has argued — as far back as February 15 — that the events of January 6 do not represent an armed insurrection. Johnson has repeated the claim in the months since, telling Fox News on May 19 the Capitol invasion was not an insurrection and that the event was “by and large … a peaceful protest.”

Facts First: Johnson’s attempt to downplay the insurrection is obvious nonsense. Trump supporters did bring and use weapons during the riot and one moment of rioters staying between a line of ropes in no way represents the events of January 6, when rioters did things like beat a police officer with a flagpole, use police shields to smash through windows, clamber over the Capitol walls and attempt to break through to the House chamber.

As CNN has reported, the list of weapons among those who attacked the Capitol includes a baseball bat, a spear, a fire extinguisher, a wooden club, crutches, a flagpole, bear spray, mace, chemical irritants, stolen police shields, a wooden beam, a hockey stick, a stun gun and knives. Hand-to-hand combat led to more than a dozen officers being sent to the hospital, some of whom had bone fractures and concussions.

Johnson’s spokeswoman Alexa Henning told CNN that the senator “has continually said all those engaged in those repulsive acts should be prosecuted to the full extent of the law” and that “(t)he contrast between the great number of people who protested peacefully and the number who entered the Capitol is important to understanding the nature of the day.”

More than 100 officers were injured during the insurrection and over 400 people have been charged by the Justice Department in connection with the riot.

As we wrote when Clyde made his “tourist visit” comparison, pointing to one image during the attack ignores the vast destruction and violence that day as the assailants raided congressional offices, attacked Capitol Police officers and called for then-Vice President Mike Pence to be hanged. 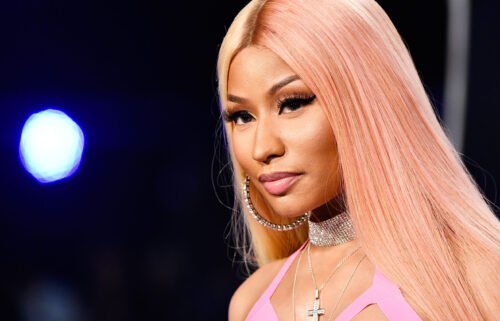