Starting today, you will notice that CNN is using the term pandemic to describe the current coronavirus outbreak. It is not a decision we take lightly. While we know it sounds alarming, it should not cause panic.

So why now? The World Health Organization hasn’t called the coronavirus outbreak a pandemic. Nor has the US Centers for Disease Control and Prevention.

But many epidemiologists and public health experts argue the world is already experiencing a pandemic because of the novel coronavirus. There are now over 100,000 cases and over 3,000 deaths attributed to this new virus. In one day last week, the number of new cases outside of China, where the virus originated, was nearly 9 times higher than the number of new cases in China. This virus has found a foothold on every continent except for Antarctica. In several countries, the number of cases continues to climb.

Some of those countries “have had sustained community transmission of a substantial sort,” said Dr. William Schaffner, a Vanderbilt University professor and longtime adviser to the US Centers for Disease Control and Prevention. “Put that together, that spells pandemic.”

The specific criteria for a pandemic are not universally defined, but there are three general criteria: a virus that can cause illness or death; sustained person-to-person transmission of that virus; and evidence of spread throughout the world. The CDC says a pandemic is “an epidemic that has spread over several countries or continents, usually affecting a large number of people,” while an epidemic is “an increase, often sudden, in the number of cases of a disease above what is normally expected in that population in that area.”

In late February, CDC’s Dr. Nancy Messonnier said, “The fact that this virus has caused illness — including illness that has resulted in death — and sustained person-to-person spread is concerning. These factors meet two of the criteria for a pandemic.”

“As community spread is detected in more and more countries, the world moves closer towards meeting the third criteria: worldwide spread of the new virus.”

We have already seen community spread in the United States, but sustained spread means it continues through generations, when one person might spread the virus to two or three others, and then those people spread it to two or three more and so on.

While there may be areas of the United States where coronavirus is more easily contained, the CDC says it’s likely that widespread transmission of the virus will occur in the United States.

“I think we’re there,” said Harvard epidemiologist Marc Lipsitch. “I think the definition you have there … an epidemic that’s in multiple locations affecting a large number of people — is the basic issue. And I might add, that’s not under control in those places. I think all of those criteria are met.”

What to call this outbreak is, in part, a question of semantics. But it also speaks to specific actions being taken.

It means the focus is not only on containment, but increasingly on the mitigation of the spread of the coronavirus. Already, US health officials are signaling a shift in the strategy.

“Ultimately we expect we will see community spread in this country. It’s not so much a question of if this will happen anymore, but rather more a question of exactly when this will happen and how many people in this country will have severe illness,” Messonnier, director of the CDC’s National Center for Immunization and Respiratory Diseases, said late last month. “We will maintain, for as long as practical, a dual approach where we continue measures to contain this disease, but also employ strategies to minimize the impact on our communities.”

On Sunday, US Surgeon General Dr. Jerome Adams told CNN, “Initially, we had a posture of containment so that we could give people time to prepare for where we are right now. We’re shifting into a mitigation phase, which means that we’re helping communities understand you’re going to see more cases. “Unfortunately, you’re going to see more deaths but that doesn’t mean that we should panic.”

While mitigation does not preclude containment, it will mean anticipating and preparing for the surge of patients that will be entering hospitals. This — not the daily case count — is the most urgent issue facing the United States, as well as many other countries.

The largest case studies out of China indicate that around 80% of those infected with the coronavirus had symptoms of a bad cold and are expected to recover. Another 14% became severely ill, and 5% percent became critically ill. People in their 70s and 80s were most likely to become severely or critically ill and pre-existing conditions such as heart disease, diabetes, lung disease and hypertension also increased the risk.

“It has been clear for several weeks that this would become a pandemic and now it has,” said Dr. Tom Frieden, former director of the CDC and current president and CEO of Resolve to Save Lives. “Every community in every country needs to prepare so that we can reduce both the health and societal consequences. Some pandemics are only mild or moderate, and it is still not certain how severe this will be, but it is certain that people who are older and medically vulnerable should take steps to distance themselves from others and reduce the risk that they become infected.”

According to estimates from the US Department of Health and Human Services that means even with a moderate outbreak, 200,000 people in the United States will need intensive care. The United States has less than 100,000 ICU beds. In a moderate pandemic, 64,000 people are projected to need mechanical ventilation — breathing machines. The United States is estimated to have only about 62,000 full featured ventilators on hand and an additional 8,900 in the national stockpiled. Given that this is flu season, many of those are already in use. Shifting the dialogue toward pandemic preparedness means we should more directly and completely address these shortfalls.

I take this shift in language very seriously, and I spent the last several days speaking to public health leaders, epidemiologists and clinicians about the terminology. While some were understandably conservative, everyone agreed that we are now in a pandemic.

Now is the time to prepare for what may be ahead. That could mean quarantines, closed schools and cancelled events in your town. It might mean strain at work or taking a break from hobbies that usually bring you joy. It might mean putting off a family vacation or catching up over the phone instead of getting together.

Humanity has overcome pandemics before. In this globally connected world, we may be asked to add more social distance between each other, but that doesn’t mean we can’t still collectively come together as a nation and as a world. This is a crisis we can overcome if we can work together. 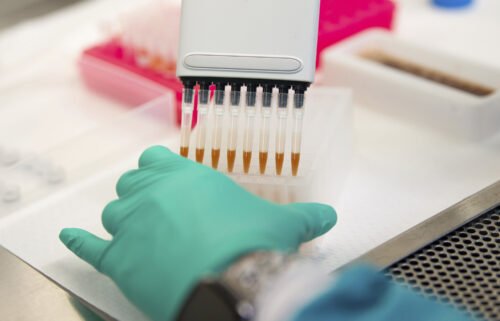