If you have inflammatory bowel disease, you may be at greater risk for developing dementia, a new study suggests.

Inflammatory bowel disease, which includes ulcerative colitis and Crohn’s disease, is a chronic inflammatory condition that affects more than 3 million US adults and millions more around the world. It intermittently triggers stomach pain, diarrhea and bloody stools.

Researchers have found evidence of a connection between our gut and the brain in prior studies. Now it appears that gut imbalances associated with IBD may impact cognitive decline, the study found.

According to the researchers, their study was the first to explore IBD as a factor for dementia.

“It’s been quite a few years that we’ve known IBD is associated with depression and anxiety,” said Dr. Bing Zhang, a fellow in the gastroenterology division of the department of medicine at the University of California, San Francisco, and coauthor of the new study that published Tuesday in the journal Gut.

“In fact, we knew 30% of people with IBD would develop these,” Zhang said. “However, it wasn’t until recently that we started looking at more neurocognitive changes and neurocognitive decline.”

Our gut bacteria, or microbiome, is composed of bacteria, viruses and microbes that are tiny but actually quite mighty — they appear to aid our metabolic functions, help protect us from pathogens and manage our immune systems.

IBD is thought to originate from a dysfunctional or heightened immune response to changes in the microbiome of a person who is genetically susceptible. It could also be triggered by environmental factors.

The study analyzed 1,742 patients with IBD who were 45 or older, culled from the Taiwanese National Health Insurance Research Database, and compared them to more than 17,400 people without the disease.

They were tracked for up to 16 years to examine the relationship between dementia and IBD. The study was observational and didn’t establish cause and effect. It also didn’t look at lifestyle factors such as diet and exercise.

Individuals with IBD were at greatest risk for two types of dementia: Alzheimer’s dementia, which is caused by damage and death to nerve cells and affects memory, thinking and behavior; and vascular dementia, which stems from conditions that block or reduce blood flow to the brain.

The study found the association between IBD and dementia was the same for men and women. There was no difference in risk between those with ulcerative colitis or Crohn’s disease, but there was an increased risk for dementia as the severity and duration of IBD rose.

Recent research has suggested a connection between IBD and the development of Parkinson’s disease, a progressive nervous system disorder that affects movement by causing tremors, stiffness or slowing. IBD may play a role through chronic inflammation, disruption of intestinal and blood-brain barriers, and harm to the gut microbiome in addition to genetic predispositions.

The current study “added another piece of the puzzle in terms of the extra manifestations of IBD in the brain,” Zhang said.

The links between IBD and cognitive decline

One possible explanation for the association between IBD and dementia is that IBD could harm intestinal bacteria that help to make and release neurological messengers that help manage inflammation, Zhang said.

“Your body can contribute to the inflammation of the brain,” he added. For example, Alzheimer’s disease, the most common dementia, is accompanied by inflammation in the brain that can harm cognitive processes.

Inflammation is connected to an increased risk of stroke as well, which can lead to the vascular dementia that cuts off blood from the brain and thus cognitive function.

In addition, research found medications used to treat IBD, such as anti-TNFs — drugs that helped to reduce inflammation — might be involved in neurodegeneration. That might explain why dementia risk was highest for those on the strongest medications, the study suggested.

Several other factors could explain the association as well, said Dr. Aline Charabaty Pishvaian, director of the Inflammatory Bowel Disease Center at Sibley Memorial Hospital in Washington, DC, who was not involved in the study.

Because IBD impacts nutrient absorption through the bowels, patients may have nutritional deficiencies that affect brain health. People with IBD often have higher blood markers of inflammation; In fact, previous studies found that chronic disease patients with these markers were at higher risk of brain damage and dementia.

“If we believe that chronic inflammation, nutrient deficiencies and chronic physical and emotional stress are potential leading factors promoting cognitive decline and dementia in our IBD patients,” she said, “it is even more crucial to control the inflammation in the gut.”

An anti-inflammatory diet such as the Mediterranean diet could help alleviate IBD symptoms, Zhang said.

Any nutritional deficiencies should be corrected, Charabaty Pishvaian said, and mental and emotional health should be assessed, to prevent not only gastrointestinal complications but to improve overall health.

“This is a lifelong illness that requires a comprehensive and multidisciplinary approach,” she added. 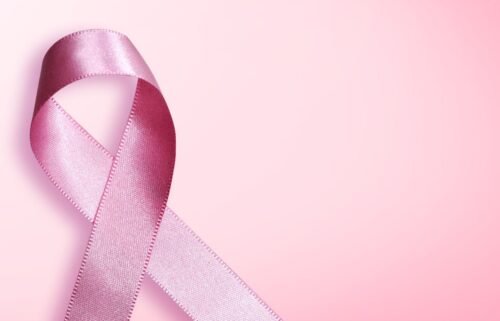