The Covid-19 pandemic had a significant and negative impact on pregnant women and their infants, according to a global review of studies.

The review, published Wednesday in the journal the Lancet, found that stillbirths and maternal deaths increased by nearly a third, according to pooled data from 40 studies that covered 17 countries.

The researchers from St. George’s University of London determined that many of these problems may stem from a lack of access to medical care during the pandemic. Hospitals were overburdened with Covid-19 patients, and some women may have been reluctant to go to the doctor, concerned they’d be exposed to Covid-19.

The study also found that the number of women who reported symptoms of depression increased, according to six of the 10 studies the researchers evaluated. Rates of maternal anxiety were also higher.

Often with preterm birth, no cause is identified. Dr. Erkan Kalafat, a co-author of the study from Koc University in Turkey, said he hopes that what they learned about preterm birth from this study will lead researchers to understand it better.

“We have an unprecedented opportunity to learn from the experiences of the COVID-19 pandemic to plan for a future of inclusive and equitable maternity care worldwide,” Kalafat said.

This study found no real change in the number of people who reported other pregnancy-related complications like high blood pressure or gestational diabetes and the pandemic didn’t seem to change the number of cesarean sections performed or the rate of pregnancies that required doctors to induce labor.

The pandemic did, however, have a disproportionately negative impact on mothers and children who lived in low and middle income countries, the study showed.

“It is clear from our study and others that the disruption caused by the pandemic has led to the avoidable deaths of both mothers and babies, especially in low- and middle-income countries,” said lead author Dr. Asma Khalil, a professor of obstetrics at St. George’s University of London. “We urge policymakers and health care leaders to prioritize safe, accessible, and equitable maternity care within the strategic response to the pandemic and aftermath, to reduce adverse pregnancy outcomes worldwide.”

Dr. Denise Jamieson called the results of the study “concerning.” Jamieson did not work on the study, but is the James Robert McCord Chair in Gynecology and Obstetrics at Emory University and a member of the American College of Obstetricians and Gynecologists’ Covid OB Expert Work Group.

Jamieson said scientists saw a similar pattern of problems in countries that were impacted by the Ebola epidemic that started in 2013.

“This is a pattern we’ve seen before,” Jamieson said. “When you have an infectious disease that consumes a lot of healthcare resources and affects large segments of the population, maternal and infant health suffer.” 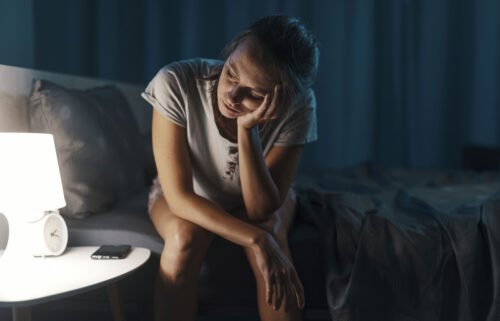