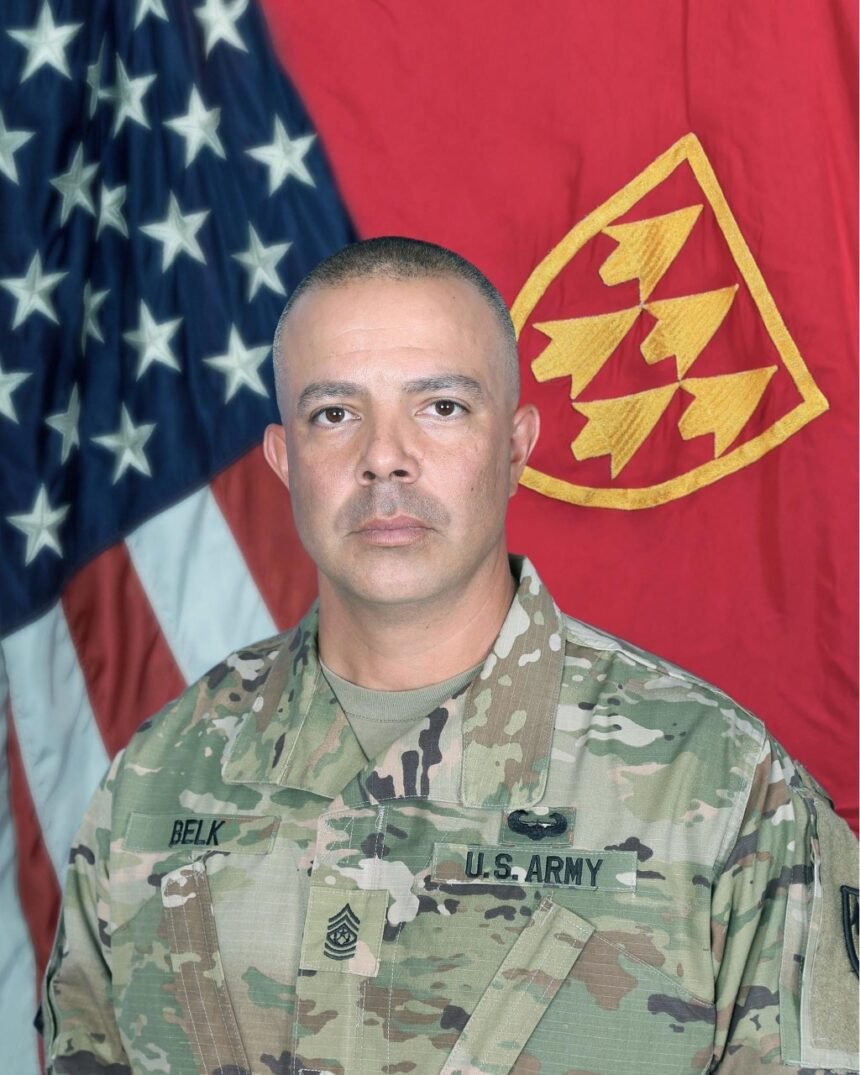 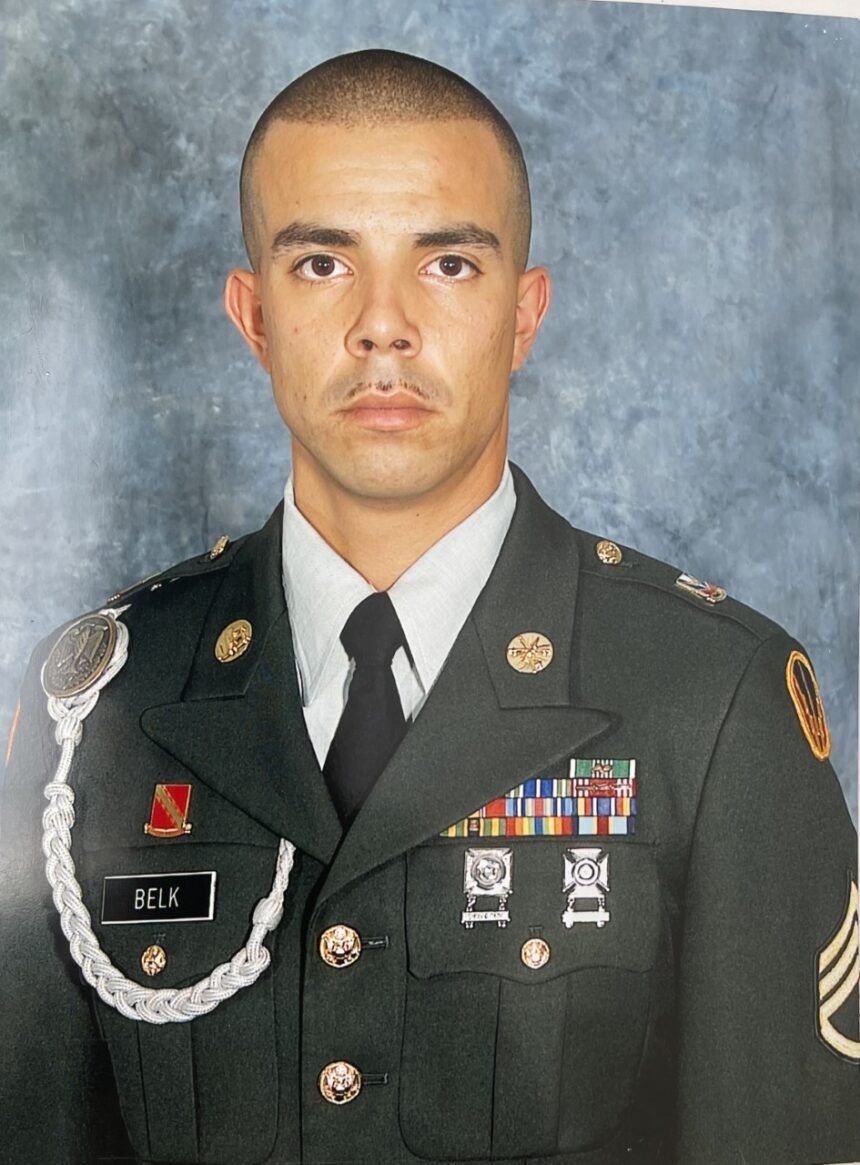 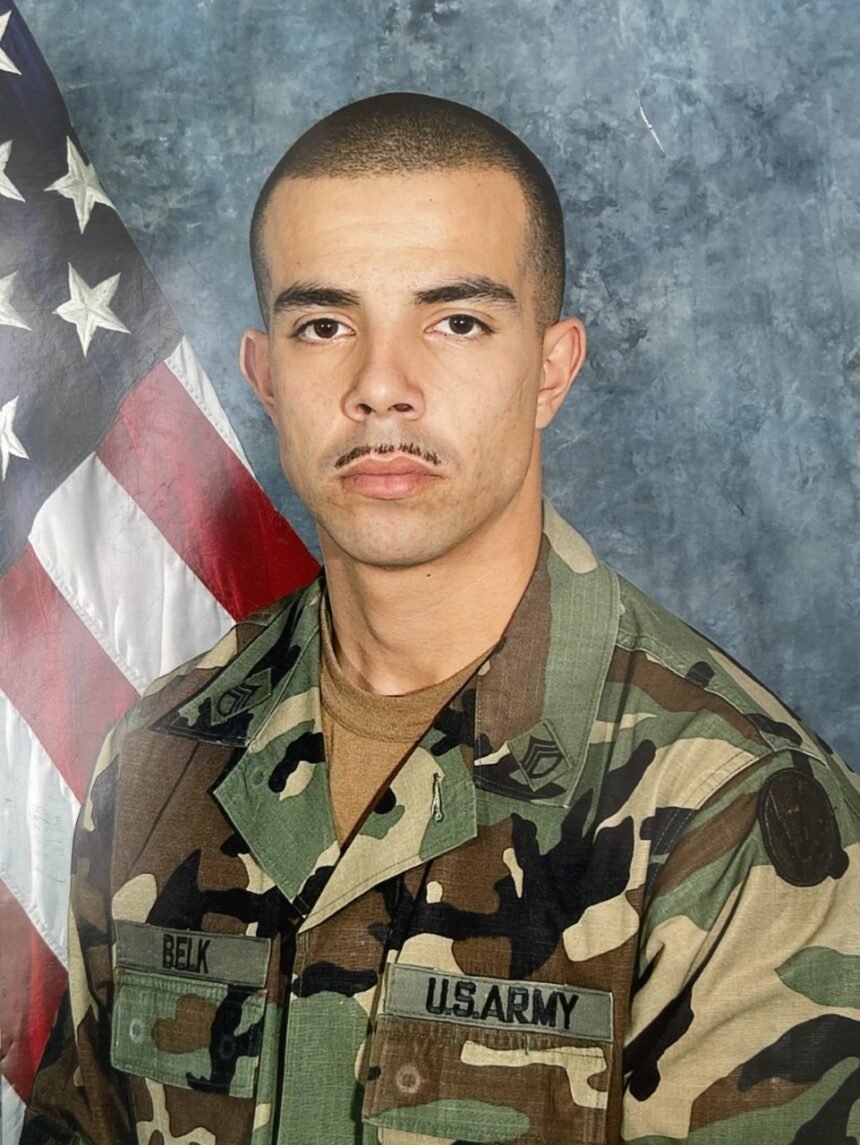 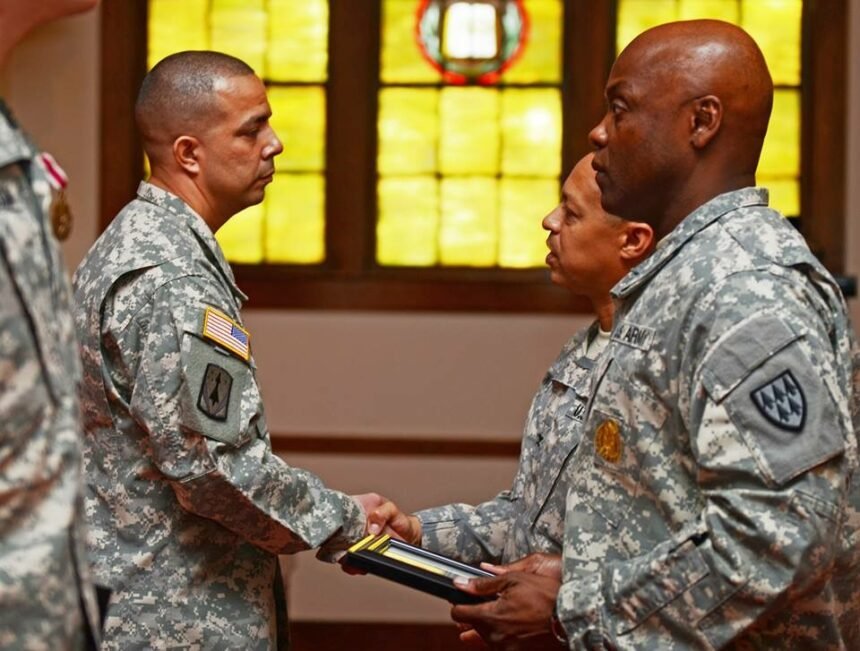 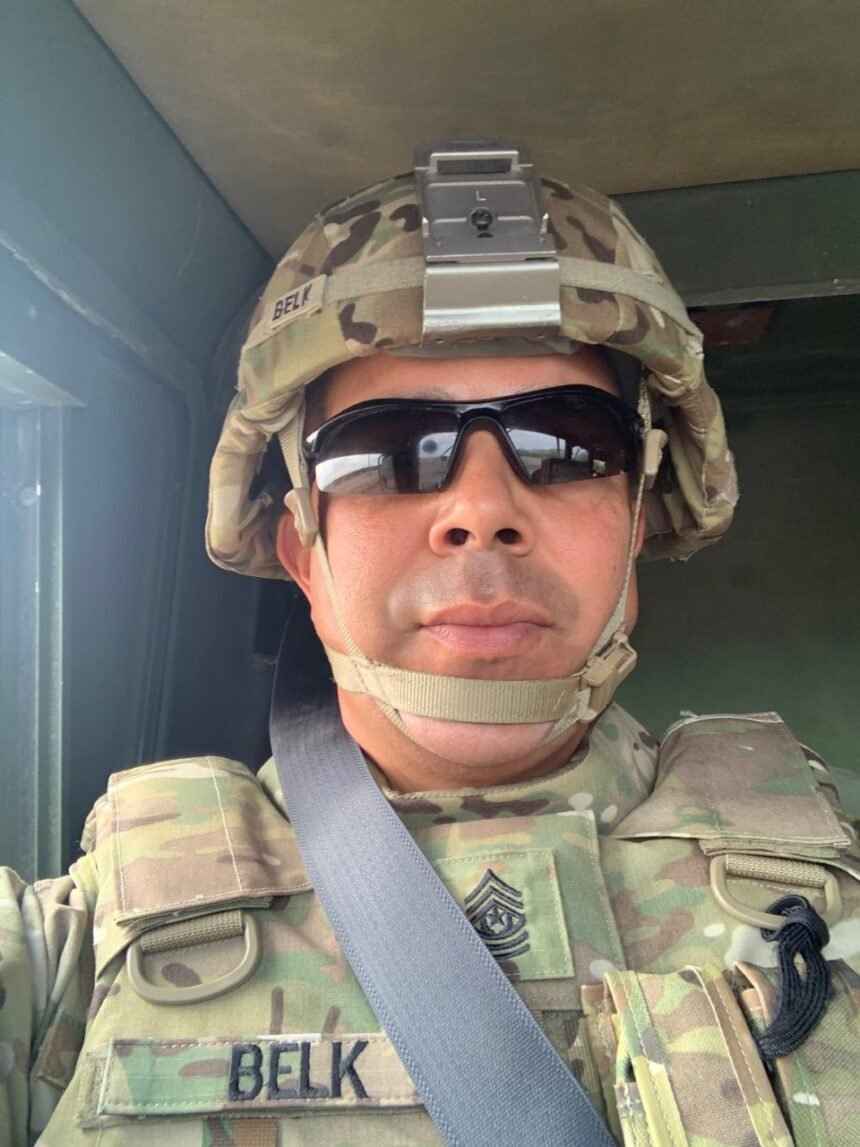 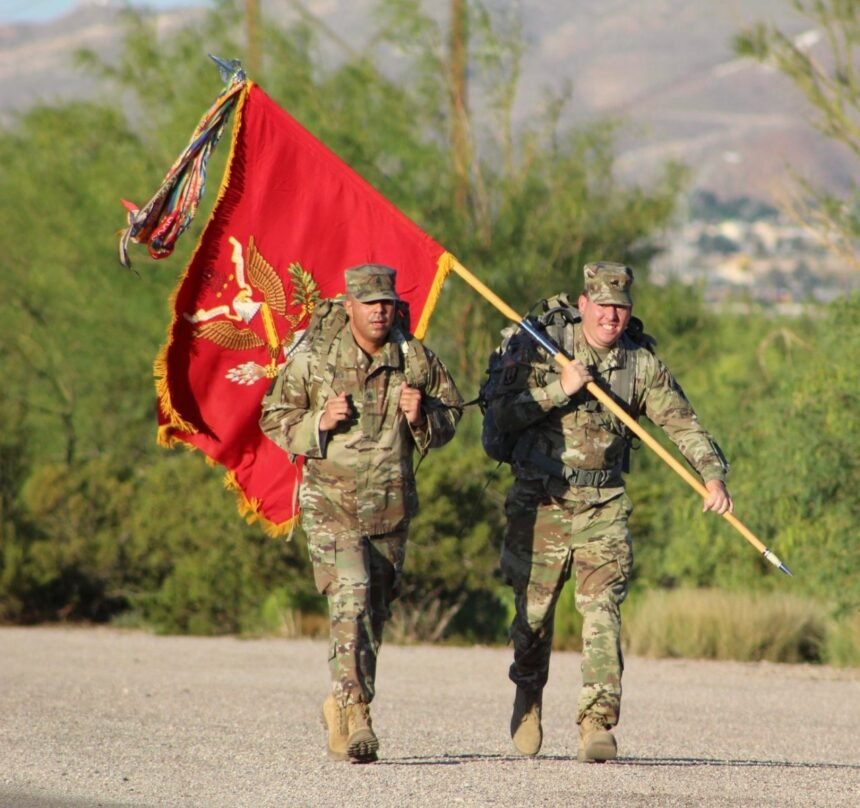 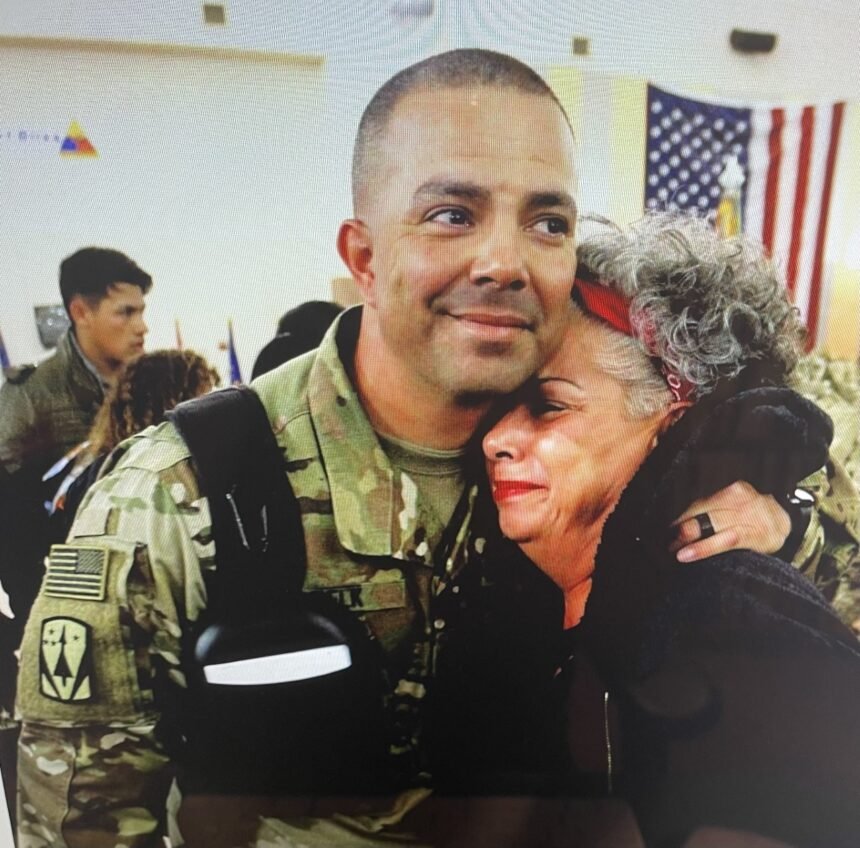 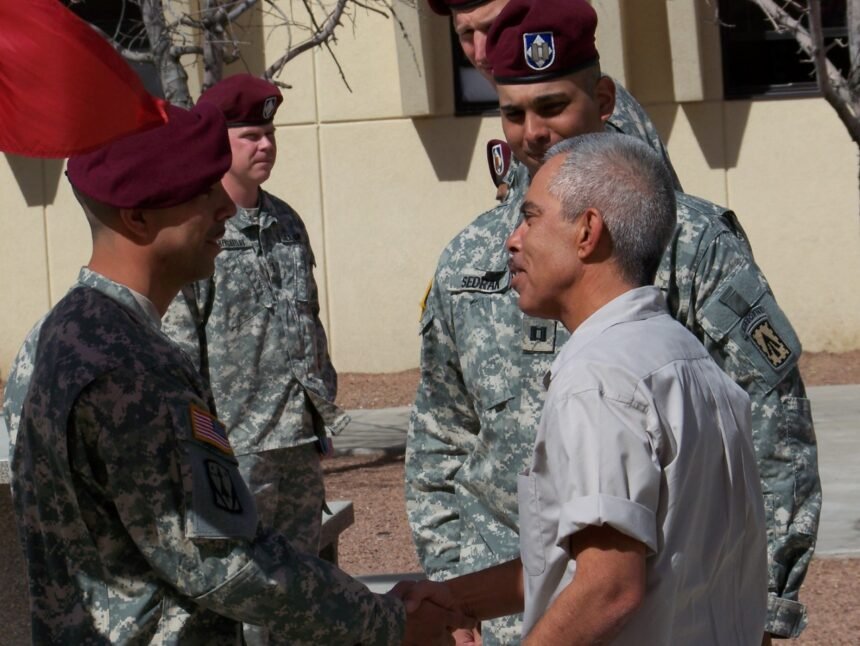 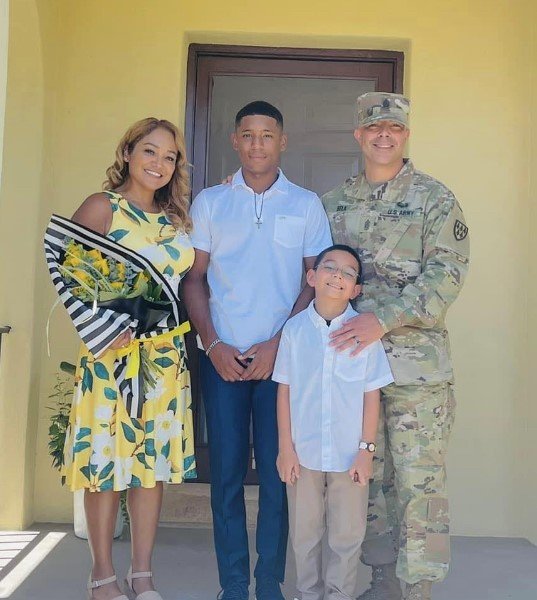 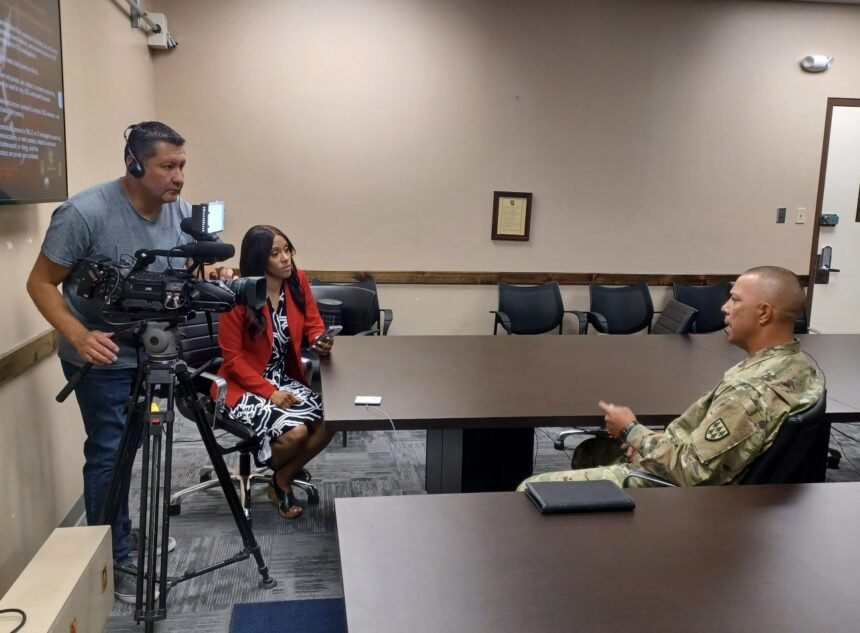 El Paso, Texas - The 32nd Army Air Missile Defense Command welcomed a new Command Sergeant Major to Fort Bliss. He is no stranger to the Sun City. The unit's top enlisted man -- Raymond Belk -- has earned the rank of Command Sergeant Major but he's held the title of El Pasoan since he was a child. The 32nd spearheads the Army's Air and Missile Defense Command and his new post make him responsible for 9,500 soldiers worldwide. On June 23, there was a Change of Responsibility ceremony between Command Sgt. Major Jerry Jacobitz and Command Sgt. Maj. Raymond Belk, at Ft. Bliss. The ceremony welcomed Belk and allowed Jacobitz to retire from the Army after over 30 years of honorable service. During the ceremony, Brigadier General David Stewart said “ Jacobitz and Belk are the best of the best.”

CSM Belk left El Paso for basic training at Fort Sill, Oklahoma in 1997 and returned to Fort Bliss for air defense training. Through the years he’s held several positions across the globe and earned many awards but leadership remains his motivation. “When I found out the Military was going to be my career, I saw how I could impact other people,” CSM Belk said.  That became the motivating factor for him because he realized he had the ability to lead and influence others. One of his greatest accomplishments is being able to see the soldiers that he has worked with succeed and remain successful. CSM Belk says he learned from the best, his dad, a soldier he happens to share a name with, Sgt. First Class Arley Belk, Retired. “Dad was the disciplinarian, he set the example for me and my brother,” CSM Belk said.  That discipline paid off in the sports he played growing up in northeast El Paso. He credits his background in sports for his physical determination and his mental toughness which started at H.E Charles Middle, and continued while he played football at Andress high school.

CSM Belk had been introduced to Army values from birth but sometimes that took a backseat to the typical teen-aged boy fumbles. During his junior year of high school, he was ineligible to play football. He still remembers the conversation he had with his parents and the fear of showing them his report card. “When I watched his face, it affected me more than any restriction could have,” Belk said he remembers the look on his father’s face of complete disappointment. Soon after that conversation, his dad told him he needed to make a choice. Either go to college or join the Military. That’s when he took the ASVAB test, contacted a recruiter, and began planning his future. Now, he credits his faith and love for his family for his success. He said, “ having God in my life, my wife Gloria, my sons Dominik and Raymond Jr. are my purpose.” He considers his mother the late Reyes Belk and his father Arley Belk his heroes and appreciates them for being there and loving him unconditionally. CSM Belk plans to build leaders based on his life experiences -- all of which have roots here in the Borderland. CSM Belk has served in the Army for 24 years and has been deployed three times. We at ABC-7 would like to welcome him back to El Paso and wish him continued success.