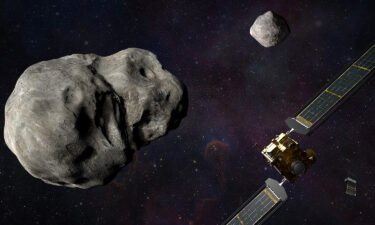 Karla Sierra, the grassroots engagement director of The Libre Initiative, said under a new state law, voters are allowed have this on a ballot.

“This petition really is about transparency and allowing the El Paso community to vote on an issue that could really affect their pocketbooks,” Sierra said.

For the past three weeks, the group has been engaging with community members.

“We definitely want to make sure that we hold our elected officials accountable," she said.

The deadline to collect enough signatures is Sept.12.

“We want to make sure that our community is educated," Sierra said.

According to Sierra, the group has mostly been receiving positive support.

Ryan Mielke, the director of the public affairs at UMC, disputes a claim in the group's marketing flyers. The flyer says property taxes will go up 21%.

"That is false. It is not true with our proposal property taxes would go up no more than 2%, in fact it will be less than that," Mielke said.

According to UMC if the bond is approved, homeowners would pay about $55 per year on a home valued $100,000 for the next 10 years.

UMC officials arrived at the $345 million proposal because of the large capacity issues the hospitals are facing.

If the request is not approved, officials said some patients will be forced to travel outside El Paso for healthcare.

Hospital officials say years of extensive research and the needs of this community helped them come out as the necessary total.

They said they wanted to address the issues with county commissioners for a faster response.

"The needs are critical and the timing is critical. By going to a certificate of obligation, we are able to start to address these needs in a quicker way," Jon Law, the chief strategy officer at UMC, said.