SpaceX is on a mission to beam cheap, high-speed internet to consumers all over the globe. And this week the company revealed a few earthly locations that are already linked to the network, including CEO Elon Musk’s house and the cockpits of a few Air Force jets.

It’s part of early testing for the 60 broadband-beaming satellites and two demo devices that SpaceX has already launched into orbit.

Eventually, the company wants to operate thousands of satellites that will circle the planet at about 300 to 700 miles overhead. The project is called Starlink, and if it’s successful it could forever alter the landscape of the telecom industry.

It may also bring in tens of billions of dollars for SpaceX each year if Starlink can compete with existing internet providers and help bring more people online. About half of the world’s population doesn’t have access to the internet, studies show.

A batch of 60 satellites launched atop one of SpaceX’s Falcon 9 rockets in May, and the company has laid out plans to rapidly build up the constellation. SpaceX plans as many as 24 dedicated Starlink launches — each with about 60 satellites — next year. Public filings show SpaceX wants to launch service in the southern United States next year.

In the meantime, the network is in testing mode.

Musk posted on Twitter Tuesday that said he was “sending this tweet through space via Starlink satellite.”

Starlink is a multibillion-dollar bet for SpaceX. Companies have tried and failed to deliver space-based internet before, but a new crop of ventures including SpaceX, Amazon and OneWeb are after it again.

SpaceX president and chief operating officer Gwynne Shotwell told reporters at a space conference in Washington DC that Musk already installed a Starlink user terminal at his home to test out the service.

She also revealed that the Air Force is also testing Starlink service on a C-12, an aircraft type used for passenger and cargo transport, and the military is working to add the service to other planes. So far, the service has been “one hundred times faster” than previous connections, Shotwell told reporters.

Shotwell went over other details about Starlink in an interview this week with reporters. Her quotes have been edited for length and clarity.

When’s the next launch?

The next launch that we have is a dedicated Starlink launch in mid-November, and those satellites will fly on a Falcon 9 booster that’s been launched three times before.

The 60 satellites that we already flew are capable of operations, but the next version will have upgraded technology. By late next year, we’ll be flying satellite with lasers that allow them to talk to each other in space and share data, which ensures customers will never lose service.

How will SpaceX compete with exiting internet providers in the US?

Is anybody paying less than 80 bucks a month for crappy service? Nope. That’s why we’re gonna be successful.

What will consumers need to connect to the Starlink network?

Consumers, hopefully, are going to receive a box with a user terminal and a cord, and it’ll sit either out of window on a roof or out on a kind of on a pole in your yard.

We’ve got a prototype, but we still have a lot of work to do. Hopefully we’ll start to roll out service mid-next year.

Will SpaceX work with an existing telecom company?

In countries where we can, we are likely to go directly to consumers. We’ll have the full team of salespeople and tech support. Though, the better engineering that we do on the user terminal, the less service people we will need.

Is SpaceX concerned about getting permission to operate the service in other countries?

Right now, we’re focused on the United States and Canada. But there are a number of large organizations and governments that are quite interested in this capability.

It’s important for us to get the network up quickly.

What could hold up the Starlink launches -— satellite or rocket production?

I don’t think satellite production is going to be the holdup. It probably will be manufacturing the second stages of the rockets, or the rocket’s nose cone, or fairing, which protects the satellites during launch.

We’re working to reuse a fairing for the first time. And we’d like to fly Starlink missions exclusively with resued fairings.

Does SpaceX have an edge over Amazon and OneWeb?

I think there’s room for competition — perhaps one other space-based internet provider.

The existing telecom operators are trying to improve as well, but it’s hard for them to reach rural populations. Starlink by definition will cover all parts of the globe.

Note: At an investing conference in New York on Friday, Shotwell added this about OneWeb: “Our competitors are largely these new entrants to the market. OneWeb? We are 17 times better per bit. If you’re thinking about investing in OneWeb, I would recommend strongly against it”

Will SpaceX survive if Starlink fails?

We make money on Falcon rockets and Dragon spacecraft. Starlink is additive to our business. 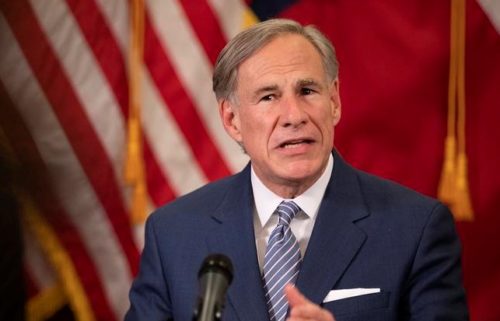