I had a pair of new $249 AirPods Pro for less than 12 minutes when one tumbled out of my ear and landed an inch from the edge of a train platform.

“I really thought you were going to go after it if it fell,” the stranger next to me scoffed.

The high-end earbuds are a lot of things: an audiophile’s dream, a fashion statement, Snoopy’s face in headphone form. But it took very little time for me to realize the AirPods Pro are not necessarily harder to lose than their less expensive sibling. At $90 more than Apple’s starting model, you’ll be that much sadder when they end up on train tracks or mysteriously disappear into a couch cushion, never to be seen again. It costs $89 for a replacement earpiece ($29 with Apple Care).

The fact that many people, myself included, still flock to buy up these pricey, easily misplaced wireless earbuds highlights just how appealing they are. Apple’s original AirPods have emerged as a surprise status symbol and a runaway hit at a time when Apple desperately needed one to offset an ongoing decline in iPhone sales. Now Apple hopes to build on this success with a new luxury version of an already luxurious product.

In a sense, this is Apple doing what it does best: rolling out a premium version of its most popular products. The company has used this same playbook with Macs, iPhones and iPads — and it already seems to be working with AirPods. On Wednesday morning, I saw a long line of people waiting at the Grand Central Apple Store in New York for the new AirPods Pro, the way customers famously once did for the latest iPhones.

Almost no one would have predicted this back in 2016 when AirPods first launched. The devices originally inspired an onslaught of memes, mocked by many who suggested they looked like electronic toothbrushes dangling from ears. But the earbuds proved to be so popular they were emulated by knock-off fashion companies and copied by a number of Apple’s rivals. It’s a product so easily spotted on ears in gyms and on streets that it’s become, in its way, a public symbol of Apple’s product lineup in the post-Steve Jobs era.

Apple hasn’t shared how many AirPods it’s sold, but the company’s wearables segment, which includes AirPods, is growing fast. In the most recent quarter, this segment generated more than $6.5 billion in revenue, a 54% spike from the prior year. And when Apple calls AirPods the best selling headphones in the world, it’s hard not to believe it.

Now the earbuds have been completely redesigned, with a vent to alleviate some of the pressure that noise-cancellation silicone tips typically add, as well as two microphones to better hear or block out background noise. They also have shorter, stubbier stems, making the older versions look even longer and more odd-looking than ever.

The top-end AirPods feature the same H1 headphone chip used in the second version of AirPods, announced earlier this year, which enabled Siri capabilities to increase the volume, answer a call or pull up directions with voice commands. But now it allows more physical commands, although it’s tricky to remember what exactly one versus two squeezes will do.

The biggest draw to the Pro earbuds is noise cancellation — a feature that impressively drowned out sirens and traffic during my busy commute. The change is dramatic; it’s like shoving everyone at a party into a closet so you can better hear the DJ.

For those moments when you don’t want to block out the world, perhaps when waiting for an announcement at the airport or ordering a coffee at Starbucks, transparency mode lets you clearly hear background noise and other people’s voices without sacrificing what you’re listening to. At the same time, Apple says the internal software continuously adapts the sound based on the individual’s ear canal’s shape and length, and the surrounding noise levels.

The AirPods Pro box comes with three interchangeable silicone tips (small, medium and large) to enable noise cancellation. These tips are not new to earbuds, but they are new to Apple, which has until now only offered an all-hard-plastic earbud.

Like fingerprints, no two ears are the same. A new comfort test, conducted through the Control Center in iOS, revealed that my left ear requires a medium tip and my right ear requires a large tip. While this mix has proven comfortable and relatively secure, minus the time one escaped my ear, it’s still unclear what learning this new fun fact about myself has done to my self esteem.

Not perfect, but appealing for many

Although AirPods Pro are rich in sound quality and range when it comes to songs and videos, placing calls is another story: In a series of tests, I was told my voice through the device sounded grainy, like I was using speaker phone or a Bluetooth speaker in a car.

Getting a handle on the various touch modes takes some time, too. By squeezing the surface once, you can play, pause or answer a call. Doing so twice will let you skip a song. It took me a few minutes to teach myself what each action does. I still often get it wrong.

In an earnings conference call on Wednesday, Apple CEO Tim Cook said he anticipates existing AirPods owners to be among the first to buy the Pro model. Judging by how many people waiting in line to buy a Pro set already had AirPods outside an Apple Store in Manhattan on Wednesday, I’d argue he’s right. AirPod loyalists are fanatical about the earbuds, and the love for them is about to get even deeper.

Buzz around the new Pro version will undoubtedly convince other Apple users to make a purchase, too. They’ll also soon know the pain and anguish of (almost) losing a fallen earpiece. 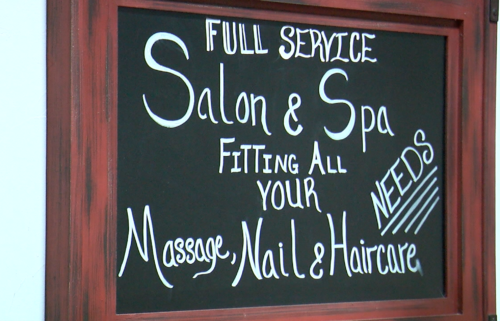