The school year is starting on a somber note for the Gayle family.

Leona Gayle, 3, is getting ready for her first day of pre-kindergarten, a milestone that her mother — a fourth grade special education teacher — was supposed to be there for.

But in April, Gabrielle Gayle died from coronavirus at the age of 34, leaving Leona and her family in Rosedale, New York, shocked and devastated. Gabrielle died just three days after losing her baby, who was to be named Gabriel.

Now, as the school year begins for many nationwide, the Gayle family can’t help but think about Gabrielle, an educator who husband Leon Gayle described as “very caring and loving.”

Gabrielle, who was six months pregnant, was among four people — including Leon — in their seven-person household to contract the virus. But she was the only one who died.

Life before the pandemic

Gabrielle, whose nickname was “Gabby” or “Bre,” graduated from Utica College, where she double majored in special education and general education, Leon Gayle said.

Leon said he and Gabrielle met online over a decade ago, in October of 2009. They got married in 2014, and had their daughter Leona — named after her father Leon, and the singer Leona Lewis — in 2016.

The two were supposed to celebrate their sixth wedding anniversary on July 19th.

While teaching in New York at Merrick Academy — Queens Public Charter School in Laurelton, Gabrielle also served as a softball coach. She was pursuing her doctorate degree in educational leadership from Grand Canyon University.

The United Federation of Teachers (UFT), a labor union that represents many teachers in New York City public schools, posted an obituary for Gabrielle on its website, where colleagues are quoted describing the late teacher as someone with a “huge heart, amazing energy and a passion for education.”

“She was full of life, love and laughter,” Charles Watterson, her former co-teacher, told UFT. “The outpouring of love and support during her loss and the loss of her unborn son is a testament to the beautiful person she really was.”

Leon said in early March, he began having difficulty breathing, and experienced nausea, chills, and a cough. His symptoms came before Gabrielle’s — but it didn’t take long for Beverly Woods and John Jacobs, who later also contracted Covid, to feel sick. Alexander Woods, who had some symptoms, and Jordan, did not get tested.

Initially, Gabrielle’s symptoms were more mild — she had shortness of breath, but not a fever — so urgent care did not admit her, Leon said.

But pregnant women may be at an increased risk for severe illness from Covid-19 compared with women who are not expecting, according to a recent report from the US Centers for Disease Control and Prevention. Also, Gabrielle was Black, and a recent report released by the CDC shows how the coronavirus has been especially devastating to certain communities. Black people, Hispanics and those with underlying conditions — especially men and elderly people — faced higher risks from Covid-19.

On March 28, a determined Gabrielle drove to the hospital to make sure she and her baby were OK. A few days later, she was put on a ventilator, and doctors confirmed she had Covid-19. Eventually, her kidneys started to fail and she was put on dialysis, Leon said.

The hospital could only prioritize baby Gabriel or Gabrielle, according to Leon. They asked him if he wanted to deliver the baby, since the baby’s oxygen was so low — Leon said no.

“(The hospital) had mentioned that if we did the delivery, there’s a good chance that Gabby may not make it through the delivery, she might lose too much blood and die,” Leon said. “So we always chose not to do the delivery.”

On the fourth week of Gabrielle being in the hospital, baby Gabriel died.

Shortly after losing her baby, Leon said Gabrielle developed a fungus in her blood — and her liver failed. Just three days after her baby passed, Gabrielle died on April 25.

Months later, Leon said he and the rest of the family have recovered from the virus. He and his mother-in-law have taken the antibody test, and the results have come back positive for antibodies. John has not taken an antibody test that Leon knows of.

Leona was excited to be a big sister, Leon said. His daughter rubbed her mother’s stomach, and talked to baby Gabriel.

When she first saw her mother on a ventilator, she cried, Leon said. And while Gabrielle was in the hospital, their daughter often also looked outside the door to see if her mother’s car was there.

“Leona still misses her mommy and she will ask periodically for her,” Leon said. “(And) I have to reexplain everything again.” 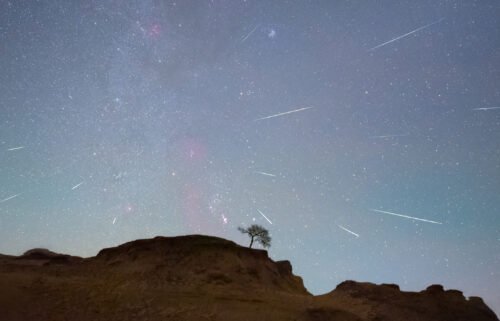 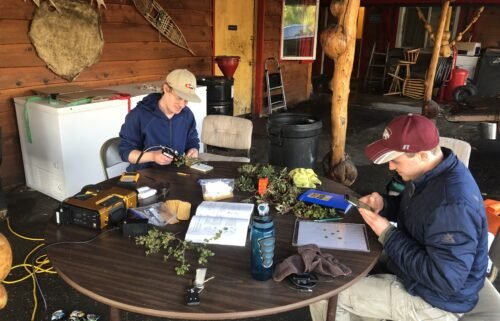 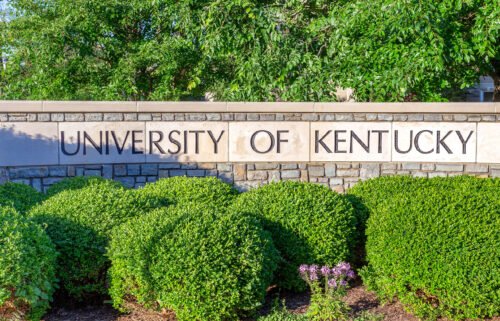 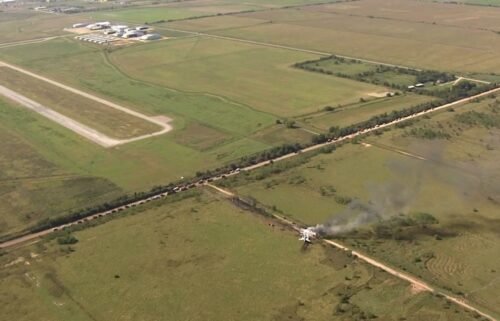