The morning after Russian President Vladimir Putin suggested that Ukraine had no right to exist as an independent state, many in the country’s capital, Kyiv, appeared glad to see the world waking up to a reality they’ve been living for years.

“It’s been like this for 15 years. He has always been lying. This is not diplomacy, it’s just idiocy,” Kyiv resident Nina Vasylenko told CNN.

Waiting for a bus with her friend and former classmate Ala Bovtun, Vasylenko, who said she was “60+” years old, said the fact Putin had officially recognized two breakaway territories in the Donbas region of eastern Ukraine as independent makes no difference.

“The Russian army was there a long time ago,” she said.

“Putin does not understand what democracy and diplomacy are, his idea is: ‘This is mine and I have to take it.’ He wants to take Ukraine, that’s what he says — ‘My belle,'” Bovtun said, referring to Putin’s crude remark about Ukraine last week.

“But I think that most European countries and the US already knew what was going on,” she added. “They didn’t want to get into a conflict with Russia, they just wanted to get the oil and gas. The slogans about justice, they are just slogans.”

While Ukraine’s political leaders responded with strong words to the events of Monday night, the reaction on the streets of Kyiv was more muted.

A crowd of protesters gathered in front of the Russian embassy on Tuesday afternoon, waving Ukrainian flags and posters with anti-Russian messages.

In a park next to European Square in Kyiv, an impromptu performance by popular Ukrainian rock band Okean Elzy attracted a small crowd of people. Many joined in and sang along the chorus of one of their biggest hits: “Everything will be good.”

Kateryna Cherepanova, a 38-year-old from the Khmelnytskyi region of western Ukraine, said the speech Putin delivered on Monday was “disgusting.”

“It was crazy, but we were not shocked, he repeated what he wrote before, his imaginary history. I just hope that Russian people were shocked if they were listening to him, because it was so crazy, so surreal,” she said.

Cherepanova said Putin’s address, as “creepy” as it was, made little difference to her daily life.

“We’ve had the war for eight years, now it’s official,” she added. One thing she is contemplating though is switching from speaking Russian to Ukrainian. Cherepanova grew up speaking Russian — as many Ukrainians do. “It’s a symbolic thing,” she said.

Cherepanova said she was hoping that listening to Putin’s grievance-packed speech would inspire Western countries to send help to Ukraine.

“I think now is a good moment for [the West] to help us. Not by words, but by actions. But I don’t think that it will be something more meaningful than just ‘deep concerns’ and all that stuff,” she said.

Asked what she’d like the West to do, she replied: “They can invite Ukraine into NATO. Or [the] European Union. Or put really strict sanctions [on Russia] and stop trading with Russia and block the new gas pipeline,” she added.

Later Tuesday, German Chancellor Olaf Scholz announced that he had halted approval of the controversial Nord Stream 2 pipeline in response to Moscow’s actions in eastern Ukraine.

In a cafe near Kyiv’s Saint Sophia Cathedral, Ivan Dymchuk was enjoying a break in the midday sun. He said Putin’s speech had made him a bit more worried.

“Based on his reaction to Ukraine acting as a sovereign country, we can expect anything from him,” he said. Dymchuk, 33, has friends in the Vinnytsia region to the west of Kyiv and plans to send his family there if the capital becomes dangerous.

Dymchuk added that he would stay in Kyiv, doing what he said was his duty as a member of Ukraine’s Territorial Defense Forces, the reserve forces of Ukraine’s military. His unit, like many across the country, has ramped up its training in recent weeks.

“If anything happens, I will stay here and defend,” he added.

Olga Shevel came to Kyiv early on Tuesday morning from Fastiv, a town 50 miles southwest of the capital.

“We saw a lot of tanks moving, one after another, the whole column of military machinery moving towards Kyiv on the Zhytomyr highway. So that made me feel quite anxious,” she said.

“I have two sons and grandchildren, I don’t want them to go to war,” she said. Shevel said her mother is originally from Russia and so she has relatives in the Altai region, near Russia’s borders with Kazakhstan and Mongolia.

“And then the young boys are being conscripted and they don’t even know where they are going,” she added. “I’ve seen a picture of the Russian soldiers, very young boys … somewhere in Rostov region in some kind of a hut or a tent lying on the floor, just on the tiles, sleeping. As a mother I felt sorry for them,” she said.

Yulia Kesaieva in Kyiv contributed to this report. 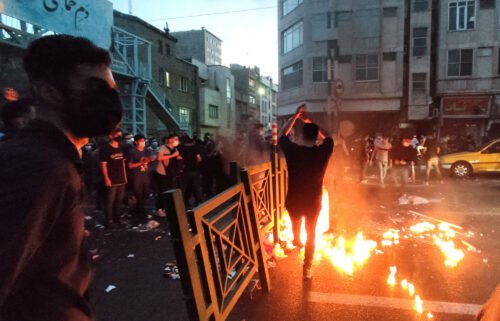 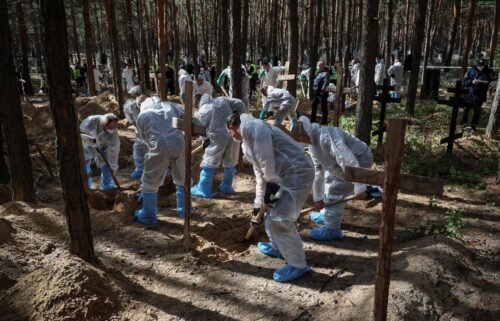 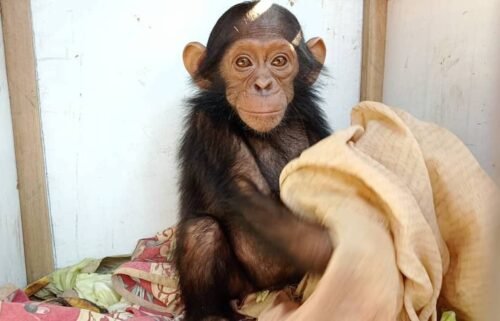