EL PASO, Texas -- It can certainly be a sign that things are slowly getting back to normal in the Borderland.

On April 24, the sport of boxing will return to the Don Haskins Center.

The event is being organized by Golden Boy Promotions, that's the promotion run by boxing icon Oscar De La Hoya.

Munguia is a 24-year-old former world champion from Tijuana, Mexico who leaped onto to the highest levels of the super welterweight division by knocking out Sadam "World Kid" Ali to capture the WBO title.

After five defenses at junior middleweight, Munguia moved up to 160 pounds to capture the WBO Intercontinental Middleweight Title against Gary “Spike” O’Sullivan, which he defended against Tureano Johnson.

“I feel very happy to be returning on April 24 against Maciej Sulecki,” said Munguia. “It will be a great fight against great challenger. We are training at 100% to be in the best of conditions, and we promise to deliver an exciting battle.”

“There is no more exciting a middleweight in the world today than Jaime Munguia, and every time he fights, he brings huge knockout power into the ring,” said Oscar De La Hoya, Chairman and CEO of Golden Boy. “Sulecki is a tough customer who gave Danny Jacobs all he can handle, but if Munguia can pass this test, a world championship fight is right around the corner.”

Sulecki is a Polish contender who has scored knockout victories against Hugo “The Boss” Centeno Jr. and countryman Grzegorz Proksa.

The 31-year-old puncher has only suffered two defeats, which were against Daniel “The Miracle Man” Jacobs and Demetrius “Boo Boo” Andrade.

Sulecki believes Munguia is standing in his way of another title shot.

“I’m very excited for the opportunity to return to the United States and fight in the main event of such a big card,” said Sulecki. “Jaime Munguia is a strong, young warrior, but I have fought against some of the best of this division. On April 24, I will show the world that I am a top middleweight contender and that I deserve another world title shot.”

Additional information regarding the undercard will be announced at a later date.

The fight will take place on Saturday, April 24 at the Don Haskins Center at 1:30 p.m. and will be streamed live exclusively on DAZN worldwide, excluding Mexico.

Fans will be allowed to attend the event at the Haskins Center, but only at a capacity of 40%. 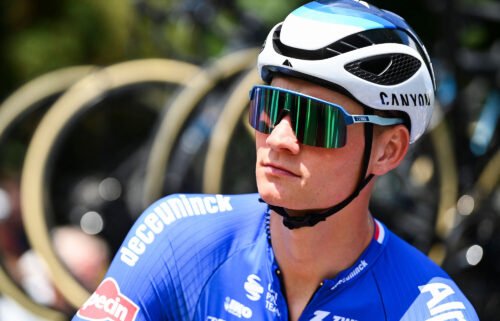