The Coronavirus pandemic has played havoc with most of the high school sport seasons throughout the nation. The sports played during the fall of 2019 were completed but most of the spring sports were postponed right before their playoffs began or were cancelled outright. The only spring sports that finished their seasons were basketball, wrestling, and swimming.

Several area high school teams and many individuals had outstanding seasons. El Paso area high schools continued their dominance in Cross Country and Wrestling winning state championships in those sports. Eastwood High School would have to be my choice for the best sports program in the El Paso area. The Troopers won 5A state championships in cross country and wrestling. Eastwood also advanced several rounds in the basketball state tournament and even had a football game televised nationally.

The state football playoffs were not kind to the El Paso area teams. Most of the area’s teams were eliminated from the playoffs by the Bi-District round and certainly by the Area round.

Americas, Montwood, Franklin, and Pebble Hills represented the El Paso area in the 2019 UIL State Football playoffs. Franklin had an outstanding early season beating three out of town teams including Odessa Permian at Odessa’s Ratliff Stadium. Franklin became the first El Paso area school to accomplish that feat Franklin also beat Rio Rancho Cleveland 36-13 and Midland. The victory over Cleveland tells you quite a bit about just how good Franklin was at the start of the season. Cleveland played for the New Mexico NMAA 6A state title the previous two years and finished runner up to La Cueva from Albuquerque. The Storm (Rio Rancho Cleveland’s nickname) would finish the season by posting a 11-2 record and by defeating Rio Rancho 48-40 to capture the 6A New Mexico state title.  It looked like the Cougars were destined for a very special season before injuries to key players derailed the season. Americas would become the team that would emerge as the best team in the area.

Americas was defeated by Arlington 34-14

The 5A schools had a unique playoff system this past season. Several schools played out of town competition in the bi-district stage while others played El Paso teams and advanced to the Area round. All of the area’s schools would be eliminated from the playoffs by the end of the Area stage of the playoffs.

Eastlake lost to Monterey 66-42; Chapin was defeated by Amarillo 44-7; Del Valle was beaten by Abilene Cooper 42-21; and Eastwood lost to Lubbock Coronado 54-41.

Montwood was defeated by Byron Nelson

Mountain View was defeated by Dumas

Anthony was eliminated by Denver City

Lauren Walls of Eastwood finished the girl’s course in 46th place and was the top placer for the 5A teams from the El Paso area.

Nicole Estrada of Mountain View had the best finish for the El Paso area 4A girls with a 37th overall placing.\

Kylene Elias of Tornillo finished the state meet in third place and was the top El Paso area finisher.

Franklin lost to Frenship 10-7; Americas was defeated by Midland 14-1; Montwood was beat by Tascosa 10-2; and Coronado beat Permian 10-0

The Coronavirus pandemic caused the cancellation of most of the spring sports. The only sports that got to complete their seasons were basketball, wrestling, and swimming. Soccer, track and field, baseball, tennis, golf and softball were just beginning their district competitions when schools were closed down. It is doubtful that sports would resume even if the school year was resumed.

The abbreviated sports year was not without its high points. The Eastwood girls won the 5A UIL State Wrestling Championship dethroning six-time the defending state champions, Hanks High School. The Lady Knights finished in second place at the state meet. Many El Paso area wrestlers won medals at the state wrestling tournament. It was not a great year in high school basketball but Eastwood and Andress advanced several rounds in 5A boys’ basketball before they met each other in the Regional Quarter Finals where the Troopers ended the Eagles season. Eastwood’s season would come to an end the following week when they were defeated by Centennial in the Regional Semi Finals. Clint High School had a very successful season in boys 4A basketball. The Lions made it all the way to the Regional Semi Finals before falling to Argyle. Cathedral finished in second place in the TAPPS Division I Swim Meet. It was the second year in a row that the Irish finished runner up after winning 30 straight championships. The Loretto girls finished in 5th place at their Division I meet. The public high schools did not do very well at the UIL state meet but several athletes and relay teams did receive all state recognition. Soccer was just about to begin their state tournament when the remaining state competitions were postponed and most likely cancelled.

Here is a recap of the various sports that did manage to complete their seasons:

The top finishers in 6A boys basketball were Americas, Coronado, Franklin, and Socorro.

Franklin was defeated by Arlington Bowie 85-52 and Americas lost to Arlington Martin 58-40.

The top teams in 1-5A were Andress, Chapin, Canutillo, and Burges. The best teams in 2-5A were Eastwood, Eastlake, El Dorado, and Ysleta.

Eastwood was defeated by Centennial 65-47

The top area 4A teams were Clint, Fabens, San Elizario, and Mountain View

The top area 6A girls’ teams were Pebble Hills, Montwood, Franklin, and Americas.

The top finishers in 1-5A were Andress, Burges, Canutillo, and Chapin. The top four finishers in 2-5A were Eastwood, Eastlake, El Dorado, and Bel Air

It was not a banner year in swimming in 2020. Cathedral High School finished a strong second at the TAPPS Division I State meet while Loretto Academy took 5th place on the girls side. It was Cathedral’s second straight year to finish in second place after compiling an amazing 30 straight state championships in the sport. El Paso High’s 5A girls team probably did the best of any public school. The Lady Tigers finished the state meet in 5th place while Eastwood came home with a 40th place at the meet. The El Paso High boys finished in 44th place and the Del Valle boys brought back a 56th place ranking. It wasn’t any better in the 6A ranks. The Franklin girls finished 45th while the Cougar boys finished in 55th place. There were no medals won but several relay teams did well and several individuals had good outings. The state meets may have not been kind to El Paso area schools but quite a few individuals and relay teams were named to various All-State teams.

Loretto Academy finished in 5th place at the TAPPS Division I swim meet. The Lady Angels did well in the following events:

The Irish usually win several gold medals in swimming but that was not the case in 2020. Cathedral finished the Division I TAPPS meet with a strong second place finish. The Irish did well in the following events:

The following is a list of El Paso area swimmers or teams that were named to  All-State teams:

El Paso area schools have been a dominant force in UIL wrestling for several years. The girls from Hanks High School have won the last 6 state titles at the 5A level. This year a new champion was crowned. Eastwood High School’s 5A girls’ team dethroned Hanks and won the 2020 UIL Wrestling State Championship. The Hanks girls didn’t give up their title without a fight. Eastwood scored 125.50 points to edge out Hanks and their 116 points.   The El Paso area also had several individuals that won gold, silver, and bronze medals. Here is a recap of the 2020 UIL State Wrestling Tournament results:

There were no individual medal winners. Aremie Steele finished in 4th place at the 165 pound weight class. 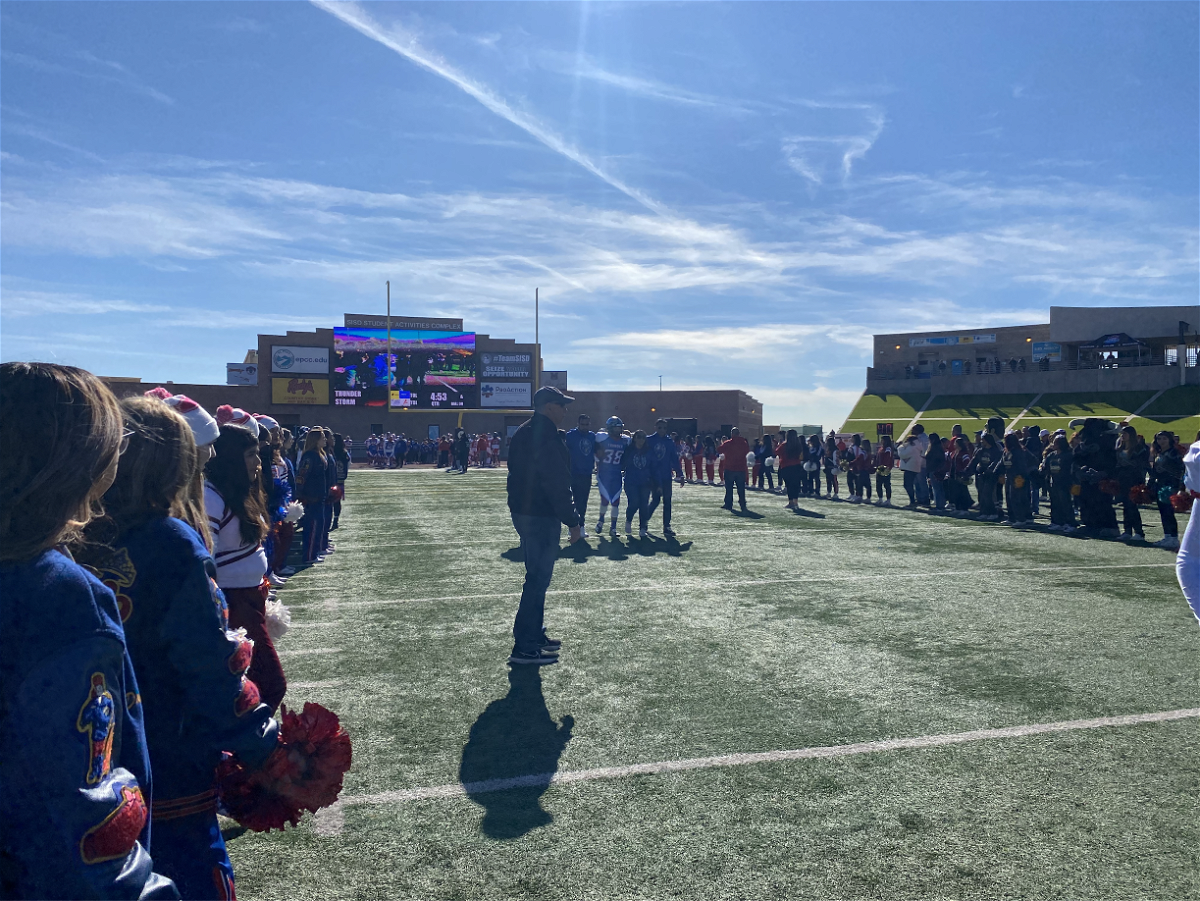 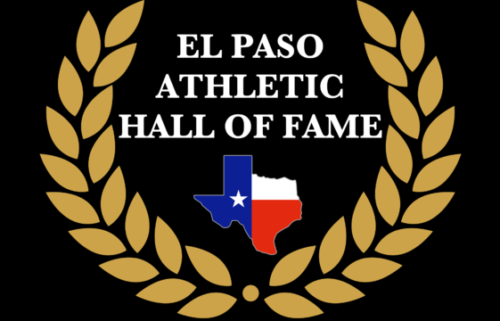 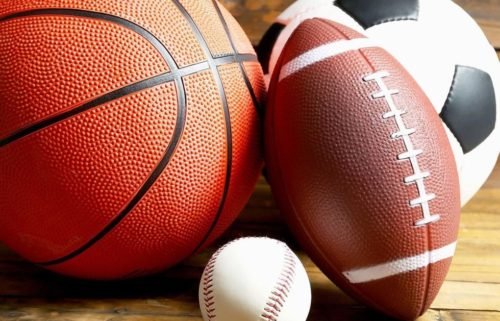