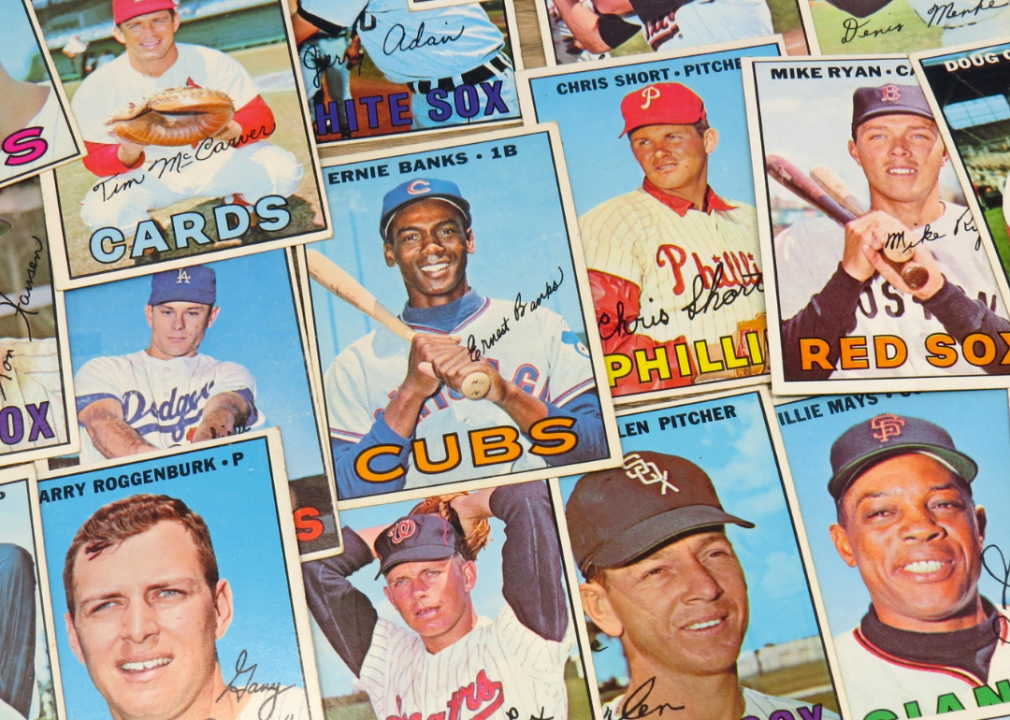 7 ways to assess the value of your sports cards

When the pandemic shut down stadiums across the country, sports cards gained a meteoric rise in popularity. Sports fans who were stuck at home with no new games to watch rediscovered their old trading card collections and started spending time with them again.

This rising interest fueled a boom in collecting, as sellers hoped their childhood cards would have some value. Buyers—many of whom are middle-aged millionaires looking for items to invest in—fueled auction sites, trading shows, and even harried Target into not selling cards in store as they hunted for elusive rare cards. This has also spurred a frenzy in auction prices: A one-off LeBron James card—part of a high-end card set known as 2020/21 Panini Flawless Basketball—was just sold at auction with a winning bid of $2.4 million.

If you’re looking to cash in on that box of cards you have in the attic, there are some details to know when it comes to understanding that being old isn’t necessarily the only element determining a card’s worth.

Midwest Cards compiled this list of seven tips to provide help for potential sellers who want to assess the value of their sports cards. Sources include PSA and Boston.com. Read on to understand what the pros look for when determining card prices. 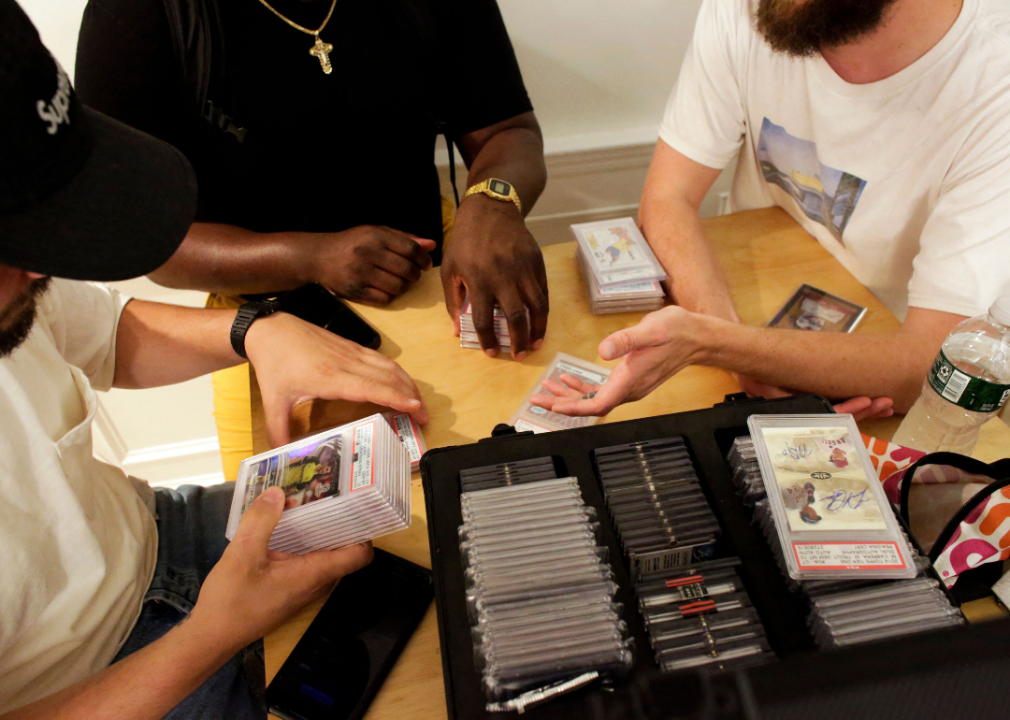 The first step to understanding your cards’ worth is to do a little research on their sales history. What a particular card has sold for in the past can give you a general estimate of the card’s market value. Check out auction sites, marketplace sites, and resellers to see if your card is listed there and how it has sold over time.

Remember, card value can fluctuate—in the mid-1990s, the sports trading card market tanked, falling from $1 billion to about $200 million, and it’s only been in recent years that sales have been rising again. A card’s value is also impacted by the amount of discretionary income people have, so inflation and stock market fluctuations may also impact value. 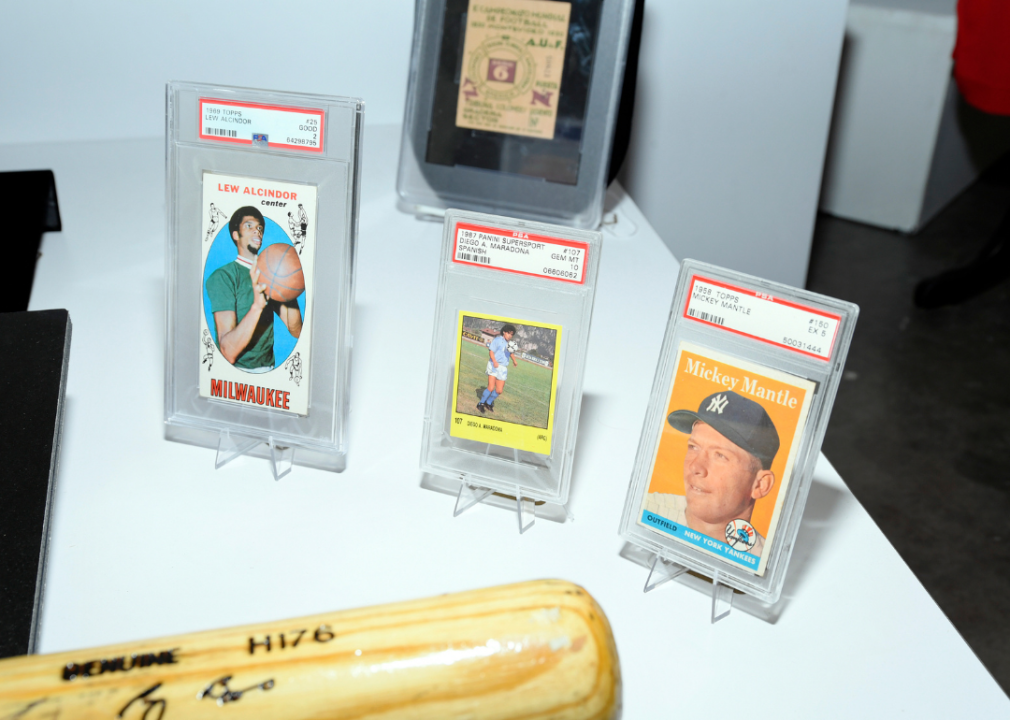 Supply and demand do play a factor in a card’s value—due to the Scarcity Principle, rarer cards are more likely to be expensive. One of the reasons the sports trading card market tanked in the 1990s was that card companies overproduced, printing an estimated 81 billion cards annually. That means even a popular rookie card from that era could be worth next to nothing because there are likely many in existence.

The other element of the Scarcity Principle is that collectors actually want to have the card you’re selling. If you have a card from a player who never made a mark in the sport, it’s likely not going to be worth much, even if not many of them exist anymore. 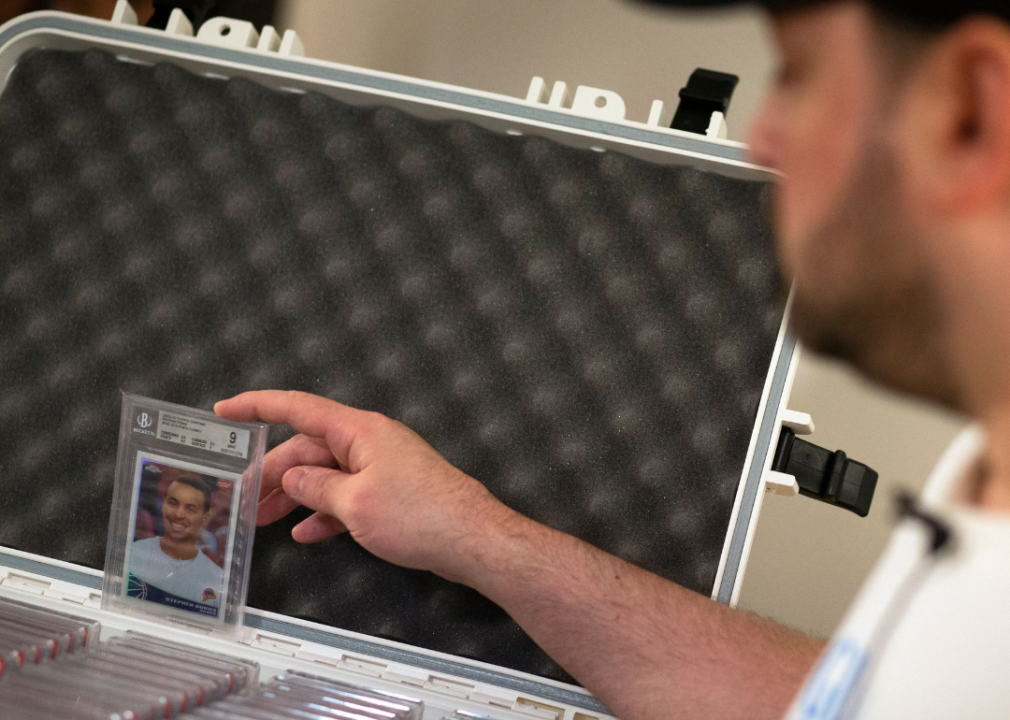 Did you keep your cards neatly in boxes, or did you fold them and attach them to your bike spokes? The wear on a trading card plays an important part in its value. The better condition a card is in, the higher price it can fetch.

Buyers look at four elements to determine a card’s condition: Corners, edges, centering, and surfaces. In a perfect card, corners should be sharp and well-defined; edges should be straight and damage-free; the image should be centered; and the surface should be free of creases, dings, marks, and stains. Fading can also have a negative impact on the card’s value. 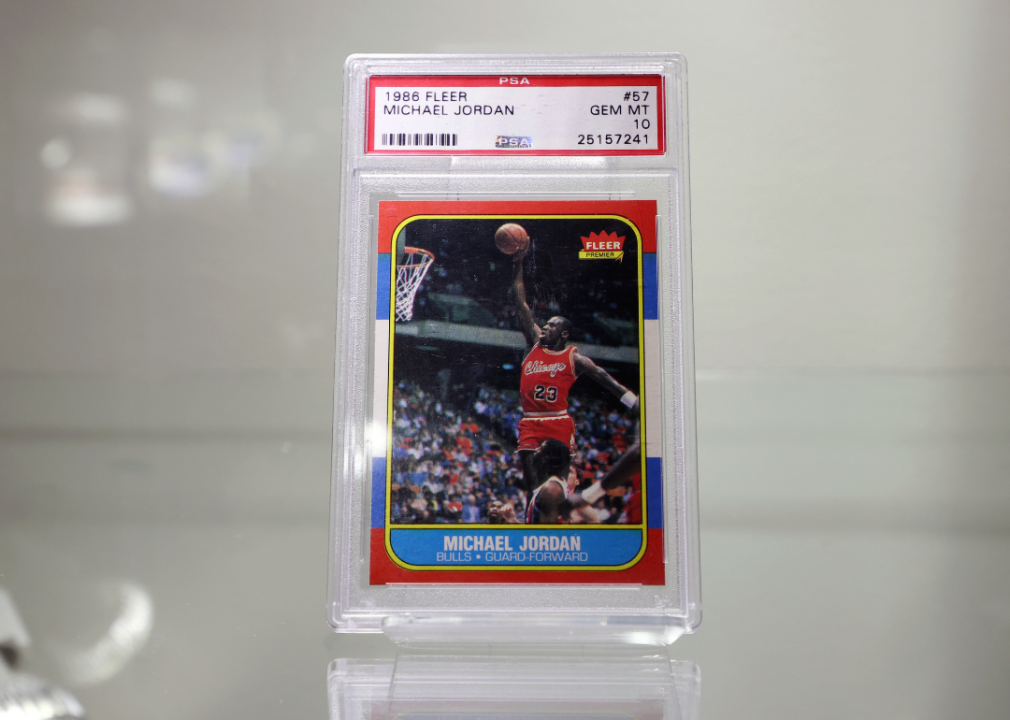 In the trading card world, grading helps determine a card’s condition and authenticity. Trading card authenticators will examine a card and give it a rating on a predefined scale so that everyone can be on the same page when talking about condition—and, therefore, value. Non-graded cards may not be able to attract the same kind of value, simply because buyers can’t have the same kind of certainty as they can with a graded card.

PSA, SGC, and Beckett are three independent trading card authenticators that have developed and published defined ranges for card condition. When you get a card graded, you send it to the authenticator, and they use a number of tools to examine the card to make sure it’s not a counterfeit, it hasn’t been doctored, and how close to perfect the card’s condition is.

Collectors can have a preference for a particular authenticator. PSA has the most longevity in the industry, while SGC has expertise in 19th-century cards, and Beckett has expertise in cards from the “modern” era—from back to the 1980s. 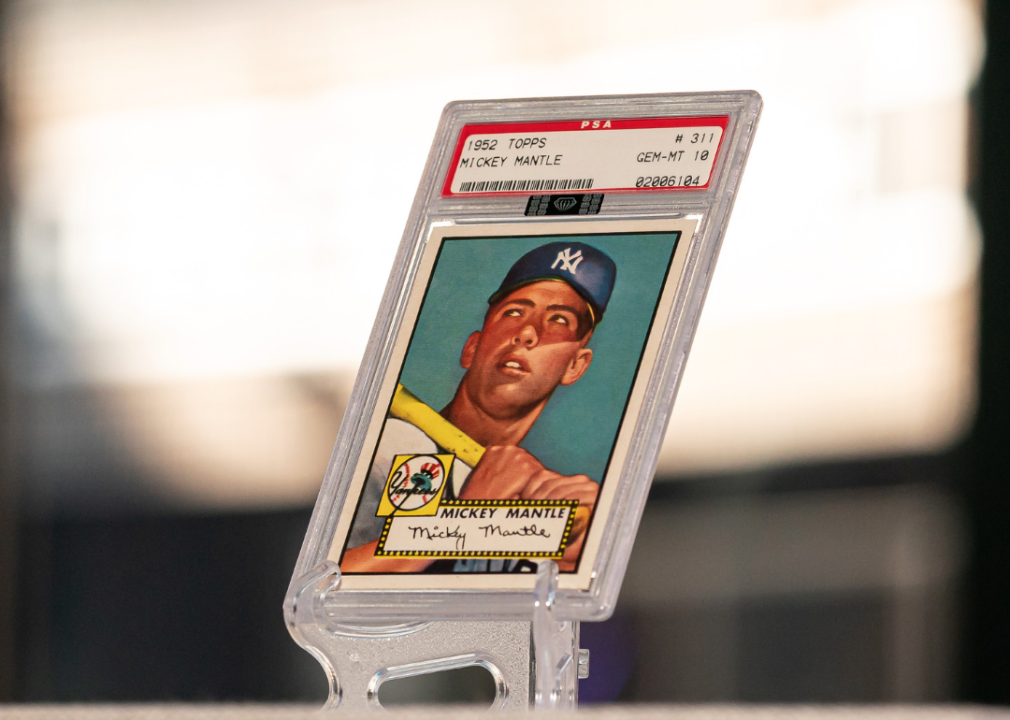 Just because it’s old, doesn’t mean it’s valuable. The player depicted on a trading card is a primary element in how valuable the card can be. Popular players and those who are legends in the sport—think Mickey Mantle, Michael Jordan, or LeBron James—will usually have more expensive cards.

Many rookie cards of popular and transcendent players also create a lot of demand because these cards tend to be scarcer. Card companies will also sometimes limit production of rookie cards of promising players to drive up value, such as Upper Deck’s 2003 singular rookie card of LeBron James, which is now worth millions. 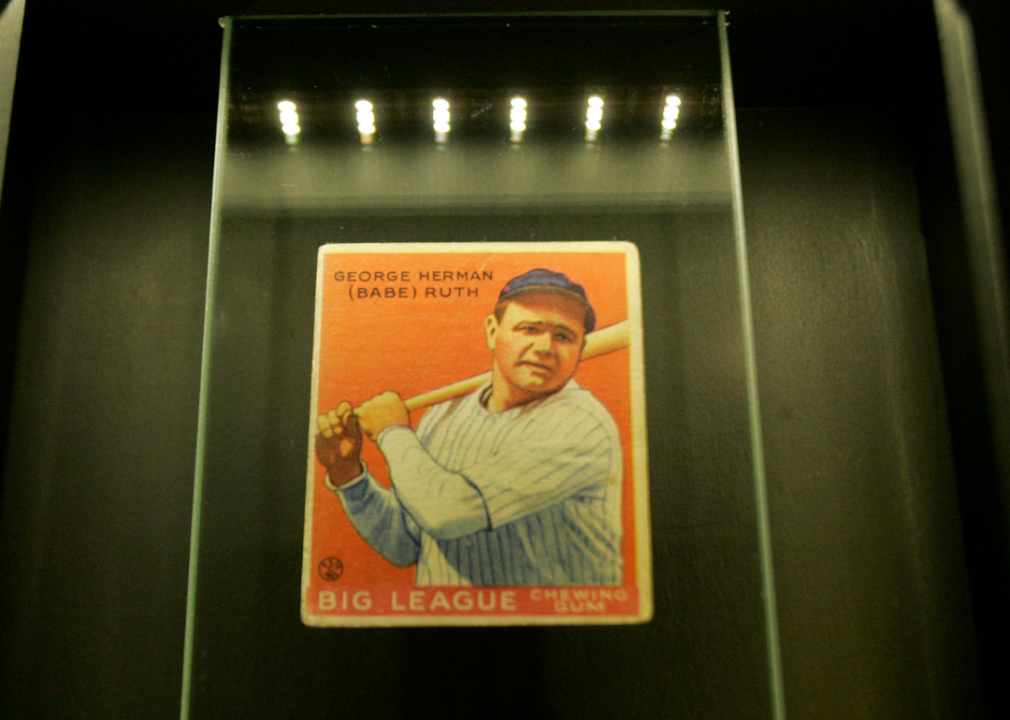 While today’s sports cards can command value for their uniqueness or star power that you can still witness, older cards can be worth more than new cards in part due to their classic artwork and a low survival rate. The nostalgia factor also boosts the value of some older cards, as middle-aged collectors who typically have more disposable income look back to the cards of their youth.

Some collectors base their collections around when a card was published: 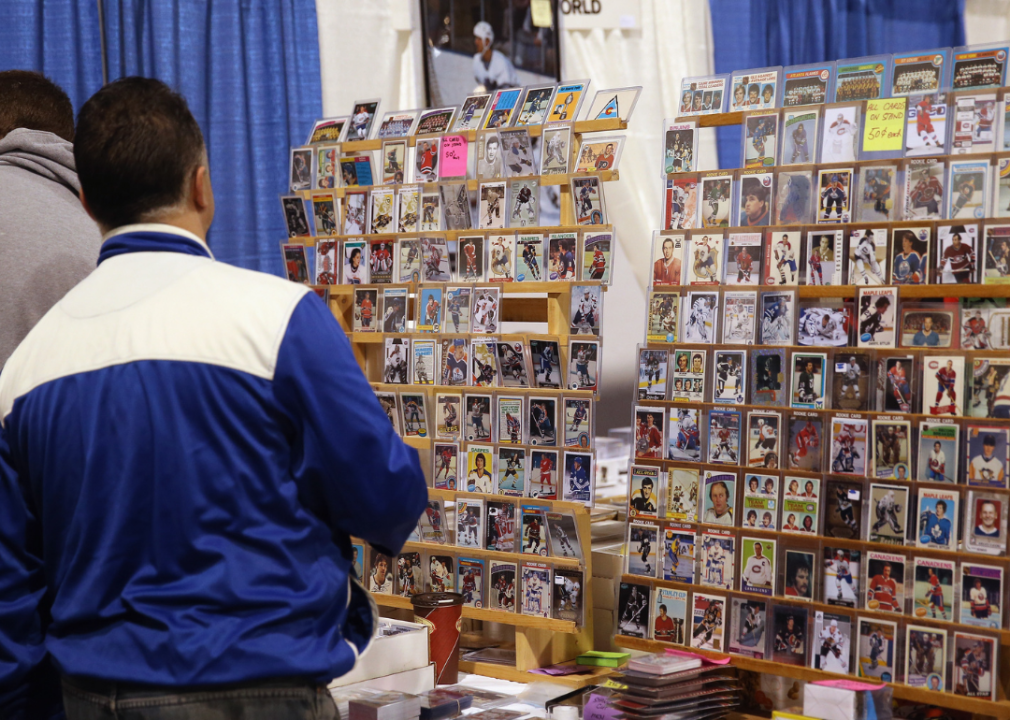 Trading cards on display for sale

Card companies release cards in annual sets, which they number to help collectors know how much of any given set they have and which cards they still need. Set position can have an influence on the value of a card. For example, Brooklyn Dodger Andy Pafko wasn’t baseball’s biggest star in the 1950s, but he was the first card in the 1952 Topps set.

Back then kids had a tendency to keep their cards in set order and hold them together with rubber bands, so Pafko’s card—which was on top—took a bigger share of wear and tear. A lucky collector managed to find one in PSA Gem Mint 10 condition in an unopened pack of cards, selling it for nearly $84,000.

This story originally appeared on Midwest Cards and was produced and
distributed in partnership with Stacker Studio. 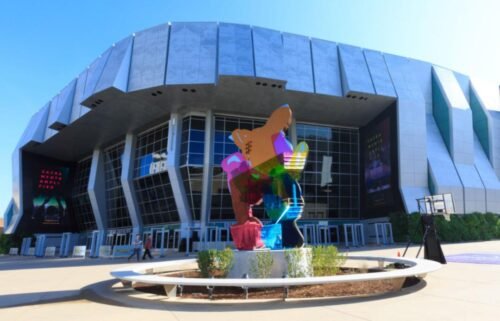 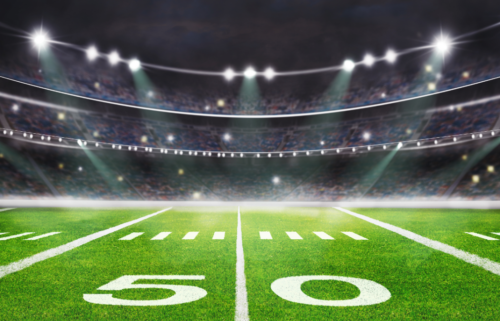 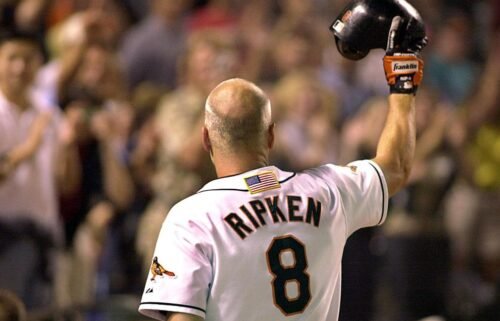 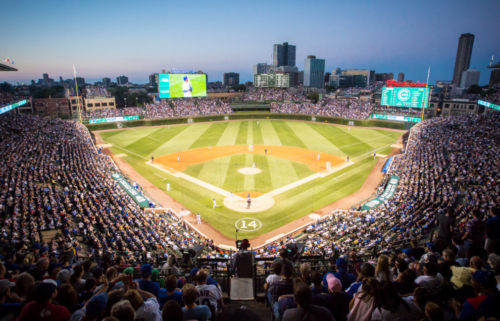