FRISCO, Texas — Mike McCarthy watched as a kid when the customers in the bar his dad owned would lose money on the two poker machines.

So ask him to characterize the fake punts and risky fourth-down try in his first two games as coach of the Dallas Cowboys, and there’s one word McCarthy won’t use.

“I don’t believe in gambling,” he said. “Saw a lot of people throw away a lot of money in those poker machines. I look at it from a different viewpoint. I definitely would like to think I’m aggressive.”

All three aggressive calls didn’t work out, but they’ve left an impression on his new players heading into Sunday’s visit to Seattle.

“It tells me how much he really wants to win,” receiver Amari Cooper said. “We need to go out there and win this thing for him, you know what I’m saying? Well, not just for him but for us too.”

The Cowboys came up a yard short on fourth-and-3 in the fourth quarter when a field goal would have pulled them even with the Los Angeles Rams in a 20-17 loss in the opener.

The first of two fake punts from Dallas territory helped dig a 20-point hole in the first quarter in last week’s 40-39 win over Atlanta.

The other — in the fourth quarter — led to another field goal for the Falcons and a 15-point deficit with less than eight minutes remaining before an improbable rally keyed by a successful onside kick.

McCarthy, who spent 12-plus seasons in Green Bay before a year away from football, says he isn’t as aggressive as he was earlier in his career. Case in point: a fake field goal on fourth-and-26 against Chicago in 2012. The Packers scored on a 27-yard touchdown.

If he is getting less aggressive, the hiring of special team coach John Fassel will counteract it. Fassel brought with him from the Rams a reputation as a fan of risk.

The failed fake punts against the Rams — the first would have worked with a better pass from punter Chris Jones — didn’t do anything to change Fassel’s outlook. Quite the opposite.

“Everything that happened in that game happened for a reason for us to win,” Fassel said. “Going for it, even though we didn’t get it, helped us win. If you asked me why I think that, I probably wouldn’t have a good answer for you. But we won.”

Four-time All-Pro right guard Zack Martin said those plays are more about preparation than analytics that would suggest such moves. The fake punts often are dictated by how the receiving team lines up.

But the Cowboys are putting the fakes in during the week — and using them. Fassel says they emptied the list against Atlanta. But don’t worry.

“Oh you know it,” Fassel said if he had some tricks left. “We’re still learning too about ourselves and some other things we can do. I guess that game we emptied it out. But we’ve got a bullpen full of them that we can fill it back up with.”

While McCarthy says there was always a method to what looked like madness on the punt team against the Falcons, he also acknowledges the need to leave an impression 14 years after the previous time he was a first-year coach.

“It’s important for the players to feel the confidence from the head coach,” McCarthy said. “That is definitely part of it. If we go through the preparation phase and things are getting executed at a high level then I have to have the faith in the players to call and let those things be called in the game.”

Dak Prescott’s pass to rookie receiver CeeDee Lamb ended up short of the first-down marker against the Rams, and a last-chance drive in the final seconds failed as well. But the star quarterback said after the game he loved the decision to go for the lead instead of the tie.

McCarthy simply believes the fourth-down distance made the chances of winning better than settling for the tying field goal.

The coach also believes it’s better to go for the 2-point conversion on the first touchdown instead of the second when trying to overcome a 15-point deficit late, which is what he did against the Falcons. Just like the fakes and the fourth down, that 2-point try failed. The Cowboys won anyway.

“It’s about keeping the football in the players’ hands, making sure they have the tools, the confidence and more so than anything the emotional and mental understanding to go get it done,” McCarthy said. “It’s fun when it happens.”

Those plays haven’t been fun yet for the Cowboys, but McCarthy has the players believing more are coming — and at least some of them will be fun.

STREAKS, STATS AND NOTES - Last time these teams met was in wild-card round of 2018 playoffs. ... The Cowboys lead the NFL with 41 plays of least 10 yards; Seahawks have allowed the most with 47. ... Cowboys coach Mike McCarthy has faced the Seahawks nine previous times, the most of any non-division opponent in his career, and is 5-4 in those nine games. ... Cowboys QB Dak Prescott became the first QB with 400 yards passing and three rushing TDs in a game in last week’s win over Atlanta. ... Prescott has 24 rushing TDs since entering the league in 2016, most among QBs. ... Prescott’s next TD passing is his 100th. He’ll join Cam Newton and Jeff Garcia as the only players with at least 100 TD passes and at least 20 TD rushes in first five seasons. ... The win over Atlanta last week was Prescott’s first when tied or trailing in the fourth quarter or overtime since beating the Seahawks in playoffs during 2018 season. ... RB Ezekiel Elliott stands third in the NFL with 185 yards rushing -- the most through two games in his five seasons -- and has another 64 yards receiving. ... WR Amari Cooper had his 20th career 100-yard receiving game in Week 2. ... LB Jaylon Smith is one of four LBs with 10 or more tackles in the first two games. ... Dallas could be without CBs Chidobe Awuzie and Trevon Diggs. ... The Seahawks are seeking 3-0 start for the seventh time in franchise history and second time under Pete Carroll. Previous was 2013. ... QB Russell Wilson tied career high with five TD passes last week vs. the Patriots, Wilson’s fourth career game with five TDs. ... Wilson is the fourth QB in league history to throw four or more TDs in first two games of season. He’s the third player in Super Bowl era with nine or more TDs and one or zero interceptions in first two weeks. The other two (Patrick Mahomes 2018, Peyton Manning 2013) went on to win MVP award. ... Chris Carson is the only running back in the league with TD catches in each of first two weeks. Carson has three TD catches, zero rushing TDs. ... WR DK Metcalf is one of two wide receivers with at least 90 yards receivin and a TD catch in each of first two games. Atlanta’s Calvin Ridley is the other. ... The Seahawks rank 32nd in the league in total defense and pass defense. Their 831 pass yards allowed are second most in first two weeks of a season in league history. ... Seahawks are second in run defense, giving up 69.5 yards per game. ... Seattle LB/DE Bruce Irvin and DB Marquise Blair are out the for season after each suffered torn ACL in knee in Week 2. ... SS Jamal Adams has led Seattle in tackles in each of the first two games. Adams has two of Seattle’s three sacks. ... CB Quinton Dunbar had his first interception with Seahawks in Week 2. ... Fantasy tip: Considering the injuries in the Cowboys’ secondary and the Seahawks problems stopping the pass, any wide receivers are a good bet this week. 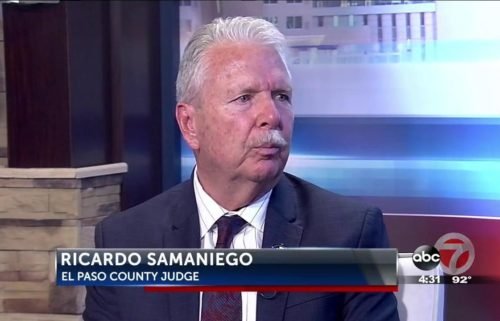