GREEN BAY, Wisconsin -- Aaron Rodgers had his best game by far under new Packers coach Matt LaFleur, throwing for 429 yards and five touchdowns and running for another as Green Bay beat the Oakland Raiders 42-24 on Sunday.

Packers running back Aaron Jones, an El Paso native who played at UTEP, made a spinning touchdown catch of a Rodgers throw to cap off the Packers’ opening drive.

In all, Rodgers would complete 25 of 31 passes to eight different targets and finish with the first perfect passer rating of his career, leading LaFleur’s offense to a season high in points.

Even with top target Davante Adams sidelined for the third straight game with turf toe, Rodgers threw for his most touchdowns in a game since Sept. 28, 2015, against the Chiefs.

Derek Carr finished 22 for 28 for 293 yards, two touchdowns and two costly turnovers for the Raiders (3-3), who lost their eighth straight against Green Bay, going back to 1990. The Packers (6-1) have scored 30-plus points in each of their last five games against the Raiders. 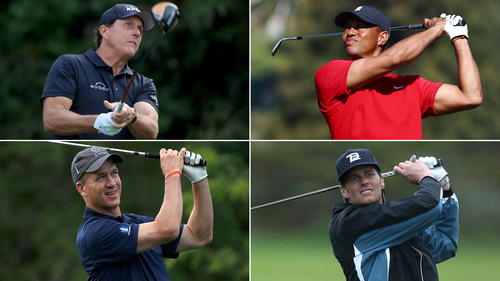