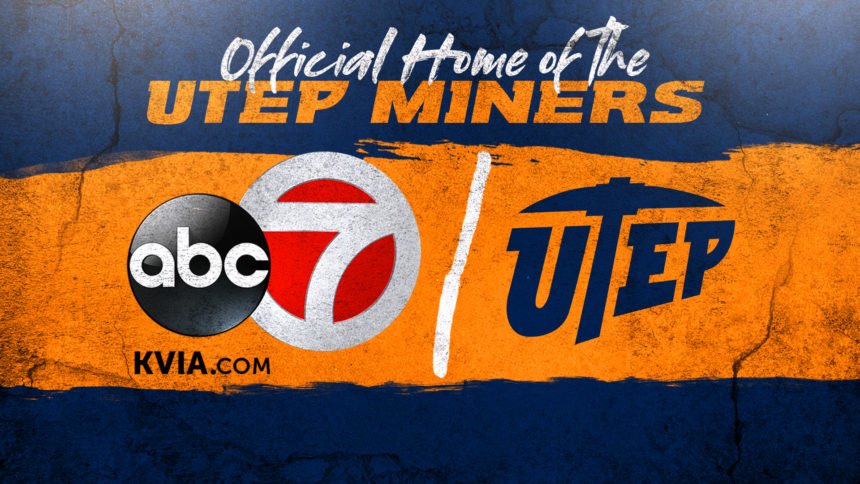 EL PASO, Texas – KVIA-TV ABC-7 is now the “Official Home of the UTEP Miners” after entering into a multi-year agreement with UTEP Athletics.  The move unites the community’s premier intercollegiate athletics entity with the area’s preeminent news station.

“We’re delighted to join forces with KVIA-TV on what we believe will be a mutually beneficial partnership,” UTEP Director of Athletics Jim Senter said. “ABC-7 is the top-rated news provider in our community, and the El Paso-Las Cruces CW targets the crucial young demographic of 18 to 34 year olds.  We’re excited about providing greater exposure than ever before for all our sports programs, while continuing to tell the stories of our student-athletes, coaches and teams.”

“I'm honored to see ABC-7, the Borderland's dominant ratings and community service leader, join forces to become the official media partner with UTEP Athletics,” KVIA-TV General Manager Kevin Lovell said. “UTEP pride runs in my veins.  I have a Master's degree in Communication from UTEP.  For my thesis, I produced two dozen 75th anniversary Diamond Jubilee UTEP public service spots.  I inaugurated the first Sports Journalism course at UTEP.  I produced and anchored the 20th anniversary documentary on the 1966 Miners NCAA championship team.  I hosted the Don Haskins Show.  Now, I'm especially proud for KVIA to partner with UTEP Athletics to share with our viewers the important role UTEP Athletics plays in the community. Go Miners!”

"As a UTEP graduate, I am very much looking forward to this partnership with UTEP,” KVIA-TV Sports Director Adrian Ochoa said. “I can't wait to share the stories of the UTEP student athletes and coaches with our ABC-7 viewers.  It truly is an honor for this lifelong Miners fan. Picks Up."

As part of the agreement, KVIA-TV ABC-7 will:

KVIA-TV ABC-7 airs six hours of locally produced news each weekday, and has the top-rated local newscast in every time slot.  The station was just announced as the winner of a Regional Edward R. Murrow Award for the excellence of its continuing coverage of the August 3, 2019 mass shooting at the Cielo Vista Wal-Mart.