When President Joe Biden and his aides were planning his visit to the Cornish coast this weekend, many — including the President — viewed it as something of a homecoming.

Long a fixture at international summits, Biden’s return to the table represented more than just an elder statesman finally taking his place among the club of world leaders. For the White House, it also signaled a return of the United States to the type of consensus-based diplomacy shunned by former President Donald Trump.

But he also found some things have changed. Staunch American allies, shaken after the political upheaval of the Trump era, are increasingly working to define their own foreign policies separate from a country whose internal politics remain mired in dysfunction.

Global earthquakes like Brexit and the coronavirus pandemic had not yet happened the last time Biden attended a diplomatic summit as an elected leader and were major topics of discussion in Cornwall.

And the dramatic escalation of cybercrime and digital surveillance provided a menacing subtext, including on Saturday when organizers decided to cut off internet to the meeting room as the leaders engaged in sensitive talks on China.

As Biden moves onward to Brussels for a NATO summit, here are three takeaways from the G7 summit:

The differences in body language between this weekend’s summit in Cornwall and the three summits attended by Trump couldn’t be starker. If the 45th President was sometimes pictured looking sullen as other leaders united against him, Biden seemed to take pains to look relaxed and comfortable among the world leaders, even when differences arose.

He laughed heartily sitting alongside British Prime Minister Boris Johnson, who seemed relieved Biden has apparently moved past his description of the Prime Minister as a “physical and emotional clone” of Trump.

Biden leaned into an embrace from French President Emmanuel Macron, with both men pressing into each other’s sides as they walked arm-in-arm into the summit venue, forcing other leaders to walk around. As their meeting the next day started, Biden was clutching a pair of his aviator sunglasses when he passed off to Macron a question on whether America was back.

“Yes, definitely,” the French President said. He added later, “It is great to have a US president who’s part of the club and very willing to cooperate.”

Biden and Merkel met outdoors, taking advantage of the coastal sunshine for talks punctuated by laughter. That evening Biden joined the leaders for some more forced bonding, this time in the form of a beach barbecue that featured ice cream sundaes for dessert.

Biden’s foreign policy pitch as a candidate centered in large part on Trump’s apparently unwillingness to cultivate positive relationships with world leaders. As a senator and then as vice president, Biden’s style of diplomacy was uniquely focused on the give-and-take between two human beings.

In his first months in office, Biden tried conducting meetings with foreign leaders over video conference. But he told aides it wasn’t the same and that he needed to start traveling as soon as it was safe.

Over the course of the three-day summit, Biden met individually with at least four leaders, and sat for hours of talks with the entire group.

Still, for all of Biden’s attempts to put forward a show of comity, there were limits on what the leaders could agree to in the end.

One of Biden’s major proposals to the group — a global infrastructure program meant to compete with China’s Belt and Road initiative — was included in the summit’s final statement. But it didn’t include any specific commitments from countries on how much they’re willing to contribute.

A statement on ending the use of coal for electricity was vague and came without a timeline.

And though language on China went further in calling out Beijing’s human rights and economic abuses than previous G7 statements, earlier drafts of the communiqué were sharper. Behind the scenes, European leaders appeared resistant to go as far as Biden wanted in holding China to account.

Speaking at a news conference on Sunday, Biden said he was “satisfied” with the final document but seemed to acknowledge no outcome would ever be perfect.

“I think there is plenty of action on China and there is always something that you can — I’m sure my colleagues, they think they can improve,” he said.

Biden has framed his entire trip around the notion of defending democracy in a battle against authoritarianism. But some in Europe find the democracy versus autocracy formulation overly reductive, allowing little room for the reality that many countries will end up relying on China or Russia in some form or another.

Biden, at his news conference, said he believed he had moved some of the leaders along toward his view.

“Everyone at the table understood, and understands, both the seriousness and the challenges that we are up against and the responsibility of our proud democracies to step up and deliver for the rest of the world,” he said.

The best example of that this week was a joint pledge by the leaders to provide an additional 1 billion vaccines to poor or middle-income countries, including 500 million from the United States. Yet even some members of the G7 are still struggling to vaccinate their population.

Speaking herself to reporters following the summit, Merkel was frank that just having Biden in the US seat at the G7 wasn’t an end to the problems facing the world.

But she said it did mean the group can work with new “zest” to solve them.

On to the autocrats

Biden’s trip this week has been carefully choreographed to highlight traditional American alliances before next Wednesday’s summit talks with Russian President Vladimir Putin.

Biden has been spending much of his downtime on his trip preparing for that meeting, which will occur inside an 18th-century Swiss villa overlooking Lake Geneva.

Nearly as soon as he arrived, Biden teased a contentious atmosphere for his trip’s concluding meeting.

“I’m headed to the G7, then to the NATO ministerial and then to meet with Mr. Putin to let him know what I want him to know,” Biden told troops gathered at an airbase in Suffolk.

How much support he got from fellow G7 leaders isn’t exactly clear. In the final document, the leaders took Russia to task for malign cyber activity, including ransomware attacks, and for regional aggression.

But even Merkel, one of Biden’s closest allies at the G7, has found it difficult to swear off Russia forever. Biden recently waived sanctions on Germany related to the Russian Nord Stream 2 pipeline, which would have complicated relations with a reliable ally.

Biden on Sunday said he agreed with Putin that US-Russia ties are at a low point. But he said it was worth meeting him anyway.

Afterward, the two leaders won’t hold a joint press conference — something past presidents have done.

“I think the best way to deal with this is for he and I to meet, he and I to have to have our discussion. I know you don’t doubt that I’ll be very straightforward with him about our concerns,” Biden said on Sunday. “And I will make clear my view of how that meeting turned out and he’ll make clear how — from his perspective how it turned out.” 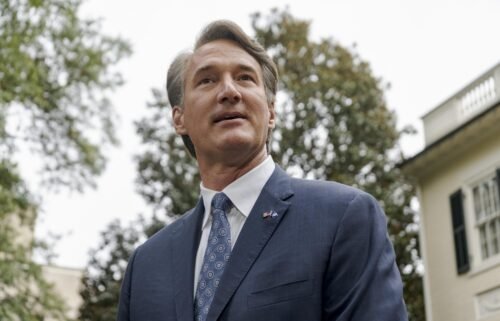