In fewer than five weeks, the Utah Senate race will determine which of those decisions proved to be the wiser course for a conservative seeking elected office.

Lee, a two-term incumbent Republican, is facing an independent challenge from McMullin in the nation’s only Senate race where Democrats decided against fielding a candidate in hopes of joining a broad coalition to defeat a GOP senator.

Radically different choices that both men made six years ago — surrounding the former President — still hang over this Senate race in deep-red Utah.

It was the fall of 2016 when Lee bluntly called on Trump to end his bid for the White House, following the release of the “Access Hollywood” tape in which the GOP nominee spoke crudely about groping women. Then, Lee threw his support behind McMullin, a fellow Utah native running a long-shot independent presidential campaign.

After Trump won the presidency and began remaking the Republican Party in his own image, the paths of the two men diverged.

McMullin, 46, a former undercover CIA officer and House Republican staffer, launched an organization for disaffected Republicans to air grievances about how a former TV celebrity had rewritten the principles of their party. By 2020, Lee referred to Trump as Captain Moroni, a revered figure in the Book of Mormon, while later working to help craft a legal strategy to overturn Trump’s failed reelection bid.

Now, McMullin is confronting Lee, 51, in an unusual Senate campaign that will test whether there are enough Democrats, independents, and anti-Trump Republicans to elect a “Never Trump” conservative to the Senate.

“This is completely unique,” Jason Perry, director of the Hinckley Institute of Politics at the University of Utah, said in an interview. “We’ve never seen anything like this in our history, particularly for a Senate race.”

For McMullin, the odds are long: Utah hasn’t elected a Democratic senator since 1970. And Lee is an incumbent who won a second term in 2016 with 68% of the vote.

With dueling television ads blanketing the airwaves here and competing blue and red yard signs planted on roadsides and front lawns, Utah is experiencing something as rare as a summer freeze: a competitive general election contest.

As the sun began to set against a majestic mountain backdrop on a recent night, Andrew and Liz Mayfield opened their backyard to neighbors and strangers alike to hear McMullin spread the word about his candidacy.

“Extreme partisanship has become the dominant mode of political behavior in my lifetime. It’s been Mike Lee’s way, and it’s the tank he’s riding into the public square again,” Andrew Mayfield said, his voice rising as he addressed a crowd of about 100 people. “That is the chief reason I am fascinated with Evan McMullin.”

It’s an open question how many voters across Utah share that sentiment, but a multi-million-dollar ad campaign and the sharpening tenor of debate signal a deepening sense of uncertainty surrounding the race.

“I think the thing I hear more than anything is a lot of puzzlement,” Utah GOP Rep. Chris Stewart told CNN. “Could the race actually be this close?”

Asked if he thought the Senate race was truly competitive, Stewart said, “I really don’t think so.”

A spokesman for the Lee campaign said the senator was not available for an interview, and he had no public campaign events on his schedule over the past week.

Conversations with nearly two dozen voters here last week suggested an air of unpredictability in the closing chapter of the campaign.

Kim Sandoval, a Provo voter who said she typically leans Republican, said she has grown frustrated by extreme debate on both sides of the political spectrum. After listening to McMullin, she walked away with one of his yard signs and a promise to cast her ballot for him.

“I like that he is willing to work with both parties,” Sandoval said. “He’s not affiliated with one or the other. He’s a change for Utah and we need that change.”

“He is an unknown to the state of Utah,” Love said in an interview. “He seems like a person who pops up and wants to be an elected official and really wants to get himself to Washington somehow.”

In both of his elections, Lee has won with a wide majority, which some voters say is for a reason.

“I think he represents a conservative value that we have,” said Dan Thorstenson, a Provo insurance agent who grew up with Lee. “He’s somebody that I feel like I can trust, as somebody that I’ve known for a long time.”

But McMullin’s allies are trying to tie Lee to Trump, pointing to his text messages with then-White House chief of staff Mark Meadows showing his involvement in trying to flip Trump’s 2020 loss.

“Please tell me what I should be saying,” Lee texted Meadows a few weeks after the election.

“I’ve been spending 14 hours a day for the last week trying to unravel this for him,” Lee told Meadows on January 4, 2021.

Ultimately, Lee did not join other Trump supporters in Congress in voting to reject the certification of the election. But McMullin’s allies are still hammering him for helping advance Trump’s legal strategy.

“People are upset at Mike Lee’s unrelenting efforts to overturn the election,” said former Utah Democratic Rep. Ben McAdams. “I think we see that as a betrayal of his duty and oath to the Constitution.”

McMullin’s supporters also bring up Lee’s comments during a campaign stop in Arizona in 2020, comparing Trump to Captain Moroni, a righteous warrior in the Book of Mormon.

“It just says how far Mike Lee has fallen; that he has changed,” McAdams said. “For Mike Lee to take something that so many people view as sacred and honored and to denigrate that by comparing Donald Trump to a revered religious figure is upsetting to a lot of people.”

Stewart disagreed that Lee’s comments praising Trump would have much of an effect on the race since by now “it’s nothing new.”

“This race really is about Mike Lee and Evan McMullin,” Stewart said. “And I just don’t think Trump overpowers that.”

McMullin’s allies are also trying to portray Lee as an unproductive senator, pointing to his role as an architect of the 2013 government shutdown, and a reliable vote against government funding bills.

Stewart praised Lee’s record, while saying he doesn’t agree with everything the senator does. He noted Lee’s work on the First Step Act, a prison and sentencing overhaul enacted during the Trump administration, and the Formula Act, a measure President Joe Biden signed into law to temporarily suspend tariffs on some baby formula products.

Lee has the support of every GOP senator except one: Romney, his anti-Trump colleague in the chamber.

“I’ve indicated from the very beginning that both are very good friends of mine — and so I’m not endorsing,” Romney told CNN.

Romney’s choice has infuriated some Republican allies, driving the narrative that the party is not united behind Lee.

But when Romney sought his Senate seat in 2018, Lee didn’t endorse him, or anyone else, and signaled his opposition to a state law that allowed Romney to get on the ballot by collecting signatures rather than only through the support of convention delegates.

“I respect his decision to stay out of this race,” said McMullin, who makes frequent references while campaigning to Romney and his ability to work across the aisle on issues of importance to Utah.

Club for Growth Action has attacked McMullin repeatedly in ads over unpaid debts from his presidential campaign, calling his 2016 run a “foolish vanity campaign for president.”

Last week, the super PAC affiliated with the conservative anti-tax group launched a new digital and television ad targeting women, as part of a multi-million-dollar campaign. The ad highlights comments McMullin made on CNN — referring to “an element of the Republican base that is racist” — after Trump had said there were “very fine people on both sides” of a 2017 rally in Charlottesville, Virginia, featuring White supremacists and counterprotesters.

The ad cuts McMullin’s words down to “The Republican base is racist,” and a woman in the ad then attacks him for being “derogatory towards a huge group of people.”

McMullin denounced the ad, and his campaign filed a lawsuit in Utah state court on Tuesday, arguing the message was deceptive to viewers.

In an interview last week, McMullin acknowledged the uphill nature of his insurgent campaign, saying: “If you run as an independent, there are serious challenges.” But he said the fact that he would not pledge allegiance to a political party — and remain independent — would give Utah a far more effective senator.

“I’m not running to be a bootlicker for the leader of any party or president of any party,” McMullin said. “I will work with anybody to get things done for our state and our country.” 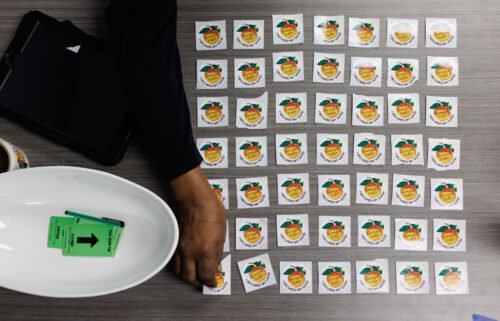 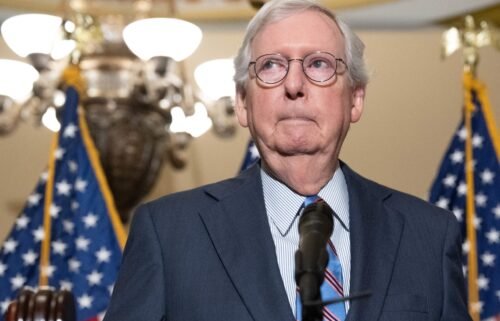