The White House is unveiling a series of reports on Thursday detailing agencies’ progress in steeling federal government facilities, programs and operations in the face of climate change.

The progress reports come a year after more than 20 agencies released plans to ensure federal facilities and programs are resilient against the climate crisis, including initiatives bumping pay to federal firefighters, electrifying vehicle fleets and pinpointing which military bases are most at risk to climate hazards. The reports were requested by President Joe Biden on his first day in office.

Now, the White House is highlighting examples of progress made across the federal government to ensure climate readiness, CNN has learned. This includes the fortification of federal facilities, the expansion of climate education and training within agency staff, the hiring of climate-focused personnel, the expansion of climate data access, the bolstering of supply chains in preparation for climate disasters and the incorporation of environmental justice into federal adaption efforts.

The Department of Defense, for example, “expanded the number of major installations and sites using the DOD Climate Assessment Tool from 157 to over 1,900,” a White House fact sheet provided to CNN said. The tool “rigorously identifies climate hazards, allows officials to prioritize where best to invest resources and how to mitigate potential harm and security impacts through adaptive solutions.”

Florida’s Tyndall Air Force Base, which suffered billions of dollars in damages when Hurricane Michael struck in 2018, is using the assessment tool to build what the Defense Department calls the “Installation of the Future” that is “resilient to climate change impacts.” The White House says the General Services Administration has also incorporated climate risk requirements into several major federal government contract opportunities “with an approximate combined spending of more than $400 million.”

A large concern, the White House’s federal chief sustainability officer Andrew Mayock told CNN, is understanding how supply chains will still deliver for the US government’s needs amid “hurricanes like Ian and other impacts across the United States.”

The Department of Energy, the White House says, is “adding large-capacity batteries used for storage and backup generation at its 17 national labs.” And Mayock highlighted the Environmental Protection Agency’s supply chain risk management plan. The plan is in place, he added, “so they have the proper research equipment and their regional labs stay up and running in the face of hazards … and that the Superfund sites that they work closely with have emergency response plans and capabilities in the face of any of the natural disasters that are continuing to affect us more and more.”

In addition to the broad progress reports, the Department of Agriculture and the EPA have released climate adaptation plans “for across their agency which are basically deep dives on how they can harden and make more resilient their work throughout,” Mayock said.

Mayock noted that “it’s been a rebuilding and revitalization effort” to get the federal government to reinstitute climate change adaptation plans, which he said hadn’t been done during the Trump administration.

“(A)s the President said, it’s an important time. We’re going to continue to experience what we’re seeing now, and what we’ve seen over the last couple of years, and we need to get our house in order,” he said.

Asked what the largest challenges have been in leading the implementation of federal sustainability plans, Mayock cited rehiring efforts as well as attaining and deploying climate investments as quickly as possible.

“We need to restore and hire back into places where we just have vacancies …. (among staff with climate-specific) knowledge and ability that we lost in the last administration,” he added.

The President on Wednesday repeatedly referenced climate change’s role in intensified weather events, saying after surveying Ian’s damage, “I think the one thing this has finally ended is a discussion about whether or not there’s climate change. We should do something about it.”

CNN reported at the beginning of 2022 that weather disasters had cost the US $750 billion over past five years, with 2021 alone taking an economic toll of $145 billion.

Federal Emergency Management Agency head Deanne Criswell told reporters on Wednesday that the cost to rebuild after Hurricane Ian is “going to be in the billions,” adding that it is “perhaps one of the more costly disasters we’ve seen in many years.”

While the administration has yet to detail dollar amounts on how, exactly, agencies’ plans save taxpayer funds, it’s broadly understood that building climate resiliency in the federal government will save taxpayer dollars amid the high-price impacts of the climate crisis. A 2021 UN report found an extreme weather event or climate disaster has occurred every day, on average, somewhere in the world over the last 50 years — each with an average economic loss of $383 million. 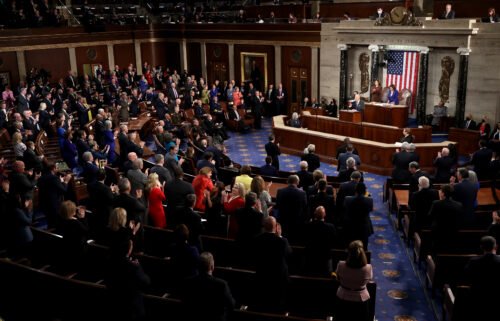 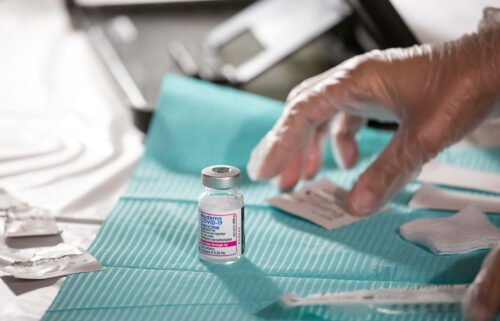