President Donald Trump appeared Friday to name Chad Wolf, an official at the Department of Homeland Security, as the agency’s acting secretary, three weeks after Kevin McAleenan submitted his resignation to the White House.

Speaking to reporters on the South Lawn of the White House, Trump was asked about the vacancy.

“Is Chad Wolf going to be your new DHS secretary?” Trump was asked by a reporter.

When asked about the President’s comments, a Homeland Security spokesperson told CNN that “McAleenan is the acting secretary. Wolf is the acting undersecretary for policy,” which is the role Wolf currently holds.

A senior official familiar with the succession efforts says Wolf is apparently the White House’s preferred acting secretary, but no formal action has yet been taken to make it so. McAleenan will remain in the chair for now and is committed to a smooth transition, says the official.

Later on Friday night, White House deputy press secretary Hogan Gidley told reporters that McAleenan would be leaving on Veterans Day and Wolf would then serve as acting secretary.

Trump administration officials scrambled in recent days to find a legal workaround that would keep two immigration hardliners Trump favors for the job — Mark Morgan and Ken Cuccinelli — in contention even after White House officials concluded they were ineligible.

Cuccinelli, the acting US Citizenship and Immigration Services director, had long been rumored for the Homeland Security secretary role, but legal hurdles and resistance among Republican lawmakers appear to have kept him from taking the job.

Wolf, a senior department official, will take charge of the third largest department in the federal government, which oversees a sprawling mission that includes the US Secret Service, Coast Guard, Federal Emergency Management Agency and the Transportation Security Administration.

Wolf previously served as chief of staff to former Homeland Security Secretary Kirstjen Nielsen. He was nominated by Trump in February to serve as undersecretary for the Office of Strategy, Policy, and Plans at DHS, a role he currently fills in an acting capacity. He is still awaiting Senate confirmation for the position.

During his Senate confirmation hearing for the undersecretary role, Wolf faced questions over his role in the administration’s zero-tolerance policy that led to thousands of children being separated from their parents at the border.

When asked if he had concerns about the policy at the time, Wolf said, “My job wasn’t to determine whether it was the right or wrong policy. My job, at the time, was to ensure that the secretary had all the information.”

Wolf will be the fifth person to lead the department under the Trump administration. It’s unclear whether the President intends to nominate a candidate for the role. 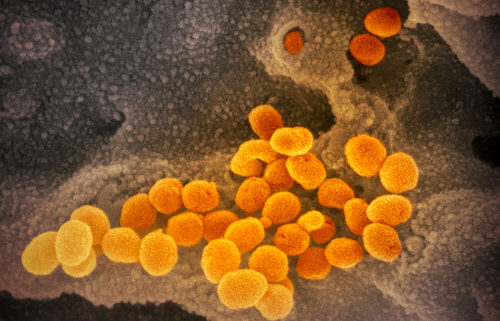