EL PASO, Texas -- Vice President Kamala Harris will visit El Paso on Friday to examine conditions along the U.S.-Mexico border for her first time in office as part of a Biden administration effort to contain migration, the White House announced in a brief statement.

Politico had first reported the news earlier Wednesday, citing sources familiar with the vice president’s plans. The trip was also later confirmed by the Associated Press.

The White House said Harris will be accompanied by Alejandro Mayorkas, head of the U.S. Department of Homeland Security, on the trip.

White House press secretary Jen Psaki, at her daily news briefing on Wednesday, explained that Harris' El Paso trip is a part of her efforts to address the root causes of migration.

"I will note that I've also said here from this podium, and she has also said that when it was the right time, she may go to visit the border," Psaki said, adding that that the "planning and timing" was done in coordination with DHS.

The vice president had come under recent criticism from Republicans after she was named by President Biden to oversee the administration’s diplomatic efforts on migration. The GOP complained that Harris hadn't visited the border itself despite being tasked with trying to stem the flow of migration from Central America.

But Harris' office has repeatedly sought to make clear that she has a laser focus on diplomatic relations and the conditions that push migrants to make the journey - and not the politically fraught situation at the U.S.-Mexico border.

Nonetheless, Republican Texas Gov. Greg Abbott, in reacting to the announcement of Harris' visit, sought to draw her into the fray. He criticized her choice to visit El Paso as opposed to some other Texas border communities.

"Vice President Harris is ignoring the real problem areas along our southern border that are not protected by the border wall and are being overrun by the federal government's ill-thought-out open border policies," Abbott said in a statement. "She will fail in her mission if she refuses to speak to residents of the Del Rio sector whose homes and ranches are being overrun by gangs and smugglers."

Abbott's comments come as he too is planning a visit down to the border. Former President Donald Trump plans on touring Texas’ southern border with Abbott next week.

U.S. Customs and Border Protection encountered more than 180,000 migrants at the southern border in May, putting the U.S. on track to surpass the total number of border crossings in fiscal year 2019.

The vice president's office and DHS have yet to provide an itinerary for Friday's visit to the Borderland.

(The Associated Press and CNN contributed to this report.) 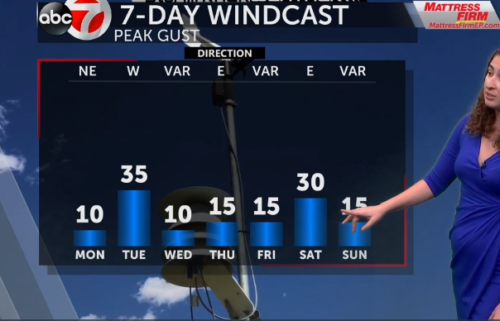