Facebook acknowledged to shareholders this week that it is facing “government investigations” related to the tens of thousands of pages of internal company documents leaked by whistleblower Frances Haugen.

“Beginning in September 2021, we became subject to government investigations and requests relating to a former employee’s allegations and release of internal company documents concerning, among other things, our algorithms, advertising and user metrics, and content enforcement practices, as well as misinformation and other undesirable activity on our platform, and user well-being,” the company said in its quarterly earnings filing with the Securities and Exchange Commission (SEC).

The filing did not specify whether the government “investigations and requests” refer to known inquiries by the US Senate and UK Parliament, or to previously unconfirmed probes from federal agencies in the United States and from governments abroad.

Facebook declined to provide specifics on the disclosure. “We are always ready to answer regulators’ questions and will continue to cooperate with government inquiries,” spokesperson Andy Stone said in a statement to CNN Business.

On Tuesday night, Facebook sent out a “legal hold” to its employees, telling them to not to delete any internal documents and communications, Facebook spokesperson Genevieve Grdina told CNN. “Document preservation requests are part of the process of responding to legal inquiries,” she said in a statement. (The New York Times was first to report the news.)

The Federal Trade Commission (FTC) is said to have begun “looking into” the whistleblower’s disclosures, the Wall Street Journal reported Wednesday, citing unnamed sources familiar with the matter. In particular, the agency is reportedly looking at whether Facebook might have violated its $5 billion settlement with the agency in 2019 over the company’s data privacy practices.

Juliana Gruenwald of the FTC’s Office of Public Affairs declined to comment, adding, “FTC investigations are nonpublic so we generally do not comment on whether we are investigating a particular matter.”

Haugen, a former Facebook product manager who left the company in May, provided the documents as evidence to support at least eight complaints to the SEC alleging that Facebook had misled investors and the public about issues that surfaced internally. She also provided redacted versions of the documents to Congress. The leaked documents also formed the basis of the Wall Street Journal’s “Facebook Files” series and, more recently, a host of reporting by a consortium of news organizations, collectively referred to as the “Facebook Papers.” CNN is a member of the consortium.

The SEC did not immediately respond to a request for comment on whether it has launched an investigation based on Haugen’s complaint and disclosures from another, anonymous former Facebook employee-turned-whistleblower that emerged Friday.

The documents provide the deepest look yet at many of Facebook’s biggest problems and how they’ve been discussed internally — unprecedented insight into the nearly $890 billion company, whose apps are now used by more than 3.6 billion people worldwide.

Facebook has aggressively pushed back on many of Haugen’s claims and much of the reporting around the documents, which the company says mischaracterizes its research and efforts. “Yes, we’re a business and we make profit, but the idea that we do so at the expense of people’s safety or wellbeing misunderstands where our own commercial interests lie,” a company spokesperson previously said in a statement.

On Wednesday, the White House responded to CNN reporting from a day earlier about internal documents that suggest Facebook has had a tougher time managing vaccine misinformation than it has let on publicly. In particular, employees flagged that “vaccine hesitant” content is rampant in comments, which the companies systems were poorly equipped to deal with, according to the documents. During the summer, Facebook and the White House had a tense standoff over President Joe Biden’s criticism of the company’s handling of vaccine misinformation.

“It is unfortunately not surprising for us to hear that Facebook knew of these problems,” White House Press Secretary Jen Psaki said Wednesday. “In July, our surgeon general came to this briefing room to label misinformation a public health issue and, importantly, conveyed that social media platforms are a prime channel for the trafficking of bad information, given their enormous role in our society. And since then, we’ve continued to see platforms regularly amplify anti-vaccine content over accurate information.”

Despite the wave of recent critical news coverage of the company and Facebook’s disclosure, it’s not clear Facebook shareholders are concerned. After Facebook reported Monday that its quarterly profit had grown to more than $9 billion, the company’s stock rose as much as 3% in after-hours trading.

Facebook shares are currently down nearly 11% since last month, but that may reflect investor concern about the impact of Apple’s privacy changes on the social media giant’s ad business. 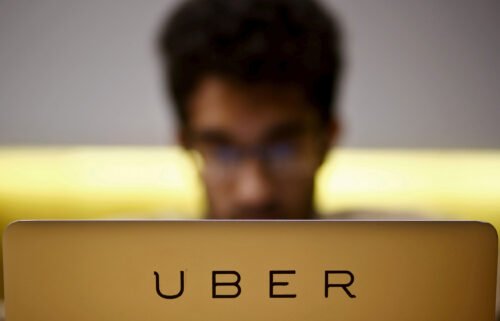