EL PASO, Texas -- After years in court and close to $2 million of taxpayer money spent, the legal battle over the downtown El Paso area known as Duranguito continues.

“It is not an exaggeration to say that Duranguito is the birthplace of El Paso," said historian Max Grossman, who has filed multiple lawsuits against the city to halt construction of an arena downtown.

“It’s been very costly to the city, costly to the taxpayers of El Paso," said Mayor Dee Margo. "It’s vexatious. I think he has some kind of mad-on for the city. It appears to be more personal than anything else. I’m not sure what’s going on here.”

Grossman insists the abandoned buildings are historic and worth saving. Now, there is a push to save what's believed to be underground, a large Mescalero Apache camp dating back to the 1790s.

“Do you know how significant this is?" Grossman asked ABC-7. "This is amazing. To think that the imprint of that camp is underground, waiting to be explored.”

The city sees this as a key piece in El Paso's future and the best location for a multipurpose center to spur downtown economy. Because some bonds have been sold already, the mayor believes he can’t back down from the legal battle -- and that it's Grossman who keeps pulling the city into the courts.

Margo said the city offered to sell the land to Grossman’s team in April 2018, but they declined.

"They chose and walked away," Mayor Margo said to ABC-7. "Your viewers need to understand, they had a chance.”

But Grossman also claims the city walked away. He said he is undaunted by the legal bills.

“I’d rather not discuss how much we spend on our litigation," Grossman said. "That is an internal figure."

When asked by ABC-7 if his costs were in the millions, he said: "It’s substantial, but we are prepared to spend as much as we need."

Grossman said he and Bryan are prepared to continue the legal battle for the foreseeable future. He said there is a group of about two dozen people, including himself, financing the legal efforts.

“With all due respect, I would doubt the veracity of that comment," Mayor Margo said. 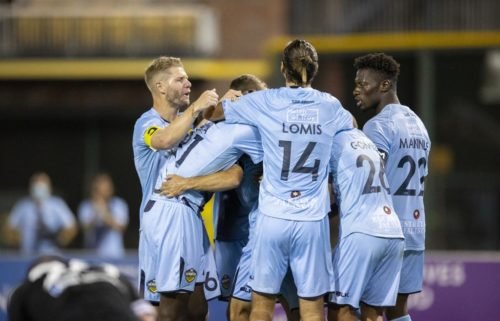