The $16 million project was approved by voters as part of the 2012 quality of life bond.

"It's a tremendous affirmation on what we've been doing on the quality of life bonds. We've completed over 100 projects and this is the one that was completed on time and under budget," said El Paso Mayor Dee Margo.

The new state-of-the-art exhibit recreates the native Chihuahuan desert habitat for the animal species that once roamed in the Desert Southwest.

"It's going to expose people that come see it to a whole bunch of new animals that we have not had before and different things about the Chihuahuan desert," said Joe Montisano, El Paso Zoo director.

The exhibit will serve as the home for Mexican Grey wolves, mountain lions and many other smaller species.

"There's jaguars, prairie dogs, thick bill parrots. There's gonna be a cougar but we don't have her yet," said Montisano.

The interactive exhibit also features the Copper Canyon Challenge ropes course that allows guests to climb three stories into the air and get a hawk’s eye view of the new Chihuahuan Desert and the entire Zoo.

The next exhibit will be adding 50 new animals. Some of those new animals were brought to the El Paso Zoo from zoo's in other cities including San Diego and Abiline. 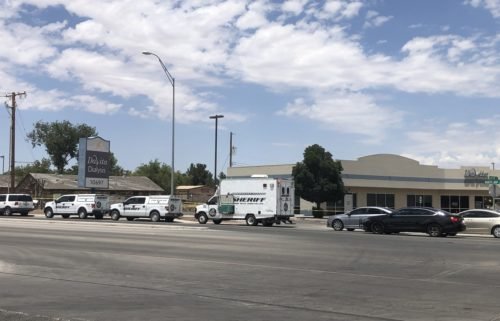