Ever since Donald Trump became president, critics have worried that his rudimentary knowledge of global affairs, erratic decisions and politicized foreign policy would get people killed. It’s happening now.

“You are leaving us to be slaughtered,” Gen. Mazloum Kobani Abdi, commander of the Kurdish-led Syrian Democratic Forces told a senior US official last week. Trump’s abandonment of Kurdish allies in Syria has triggered a humanitarian crisis, and as Turkey moves in, there are reports of executions and fears that ISIS members could escape in the chaos.

America’s position has been incoherent so far. First Trump cleared the way for the Turkish assault by repositioning a small number of soldiers; now he’s threatening sanctions against Ankara if it goes too far. Last week, he claimed the US had no soldiers left in Syria; this weekend, the administration vowed to withdraw 1,000 troops that are, in fact, still there.

The President is trading on a “bring the troops home” mentality that often follows US military entanglements overseas. It’s a politically palatable position because the people dying as a result of his decisions are not American. His language is the tell here: He’s using stereotypes about war-mongering Middle Easterners to undermine the idea that the Kurds could be real allies deserving of loyalty — despite the successful, years-long US-Kurdish alliance against ISIS and before that in Iraq.

“(Turkey has fought) the Kurds for many years, for centuries,” Trump said Saturday on Fox News. “It’s like some people go to lunch, that’s what they do, they fight with the Kurds. It’s time for us to leave.”

‘They are coming and they will take everything. May God end America’

This was the despairing prediction of a Kurdish man trying to save his family from the Turkish advance, speaking to CNN’s Nick Paton Walsh inside Syria.

‘The ball in a pinball machine’

Over the weekend, Wall Street Journal columnist and former Ronald Reagan speechwriter Peggy Noonan summed up Trump’s national security leadership like this: “Foreign-policy decisions in this administration look like the ball in a pinball machine in some garish arcade with flashing lights and some frantic guy pushing the levers ping ping ping and thinking he’s winning.”

Finally, some good news. China and the United States seem to have stepped back from the brink with a trade war truce.

A deal reached last week could boost markets, cool Pacific tensions and perhaps offer a respite to the wobbling global economy — if it actually happens. Trump and Chinese President Xi Jinping have not yet signed it, and no draft has been released.

While Chinese state media was rather circumspect about the whole thing, Trump announced the deal in a tweet that seemed ripped from a 1970s Radio Moscow script: “The deal I just made with China is, by far, the greatest and biggest deal ever made for our Great Patriot Farmers in the history of our Country,” he wrote. He claims China has already started tens of billions of dollars in purchases of US agricultural produce.

But wait to read the fine print before popping open the baijiu. The President has hardly lived up to “Art of the Deal” self-mythologizing, and tends to over-sell such agreements. So far, there’s no indication that the deal includes sweeping changes to China’s economy and cuts to state industry subsidies that the US once demanded. And while Trump says Xi was desperate for a deal, he is the one facing reelection next year.

There’s reason to suspect that Trump — not Xi — blinked first. But at least, for now, things are not getting worse.

ICYMI: ‘If you can find one’

In case you missed it, this Elizabeth Warren double-zinger wowed liberals after the Democratic 2020 candidate was asked how she’d respond to a constituent who opposed gay marriage at CNN’s LGBT town hall last week. “Then just marry one woman,” she said, adding after a long pause: “If you can find one.” But some Republican strategists say playing to the most socially liberal forces in the country could alienate conservative voters in the heartland.

Warren is not the only Democrat upping her zinger game ahead of Tuesday’s debate — unfortunately for Donald Trump Jr.

Number of the day: 0

Hunter Biden says he’ll undertake no ventures with foreign-owned business if his father Joe wins the White House. The former vice president’s son made the announcement on Sunday. Trump has seized on Hunter’s past dealings in Ukraine and China to accuse his potential 2020 opponent of corruption — without evidence — and the move looks like an attempt to defuse the issue before Tuesday’s CNN Democratic debate in Ohio.

At an Iowa forum on Sunday, Biden responded with force to Trump’s claims. “No one — no one — has asserted my son did a single thing wrong,” he said. “No one has asserted that I have done anything wrong except the lying President.”

‘Thanks to the Lord for our new #Saints’

On any given Sunday, millions of Americans worship before the altar of televised football. So when Pope Francis tweeted “Thanks to the Lord for our new #Saints” — referring to a quintuple canonization over the weekend — sports fans were delighted to note that the hashtag is already taken by the New Orleans Saints. 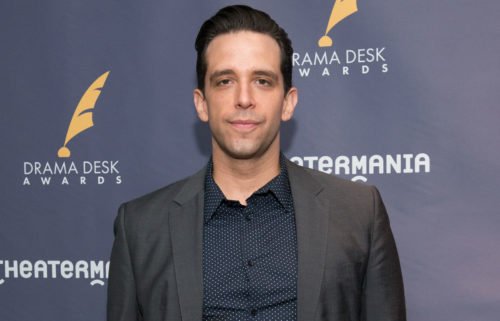