The Missouri state health department on Wednesday acknowledged that a spreadsheet was generated after officials looked at statewide abortion data. But officials denied that the agency’s director tracked the menstrual cycles of women who visited Planned Parenthood, as had been reported Tuesday.

Missouri’s state health director, Dr. Randall Williams, testified at a state hearing Tuesday that he tracked the patients’ menstrual cycles with a spreadsheet, The Kansas City Star reported. The spreadsheet was compiled at Williams’ request by the state’s main inspector to help identify patients who had undergone failed abortions, the newspaper said.

Williams made the comments at a hearing in which the St. Louis Planned Parenthood clinic is fighting to continue performing abortions after the state refused to renew its license.

The Missouri Department of Health and Senior Services said the newspaper’s “story was based on an erroneous subject line that both staff and sworn testimony has acknowledged is not accurate.” Williams did not have a spreadsheet of patient information, the department said.

In a follow-up story on Wednesday, the newspaper wrote that its reporting of the spreadsheet set off a firestorm in medical and political circles.

The department said it grew concerned it may not be receiving complication reports for all failed surgical abortions. State law requires physicians providing post-abortion care to submit the reports to the department. The reports contain information such as type of abortion that was performed and the complication a patient suffered, according to state code.

When complications are reported, health officials say they also have the practice of reviewing a separate report of each abortion that physicians are required to submit to the department. That document, known as an Induced Termination of Pregnancy report, includes information such as the date of patient’s last normal period, health officials said.

The health department said “without a directive” from Williams, regulators began investigating. They looked at legally obtained information required by law and routinely submitted by Planned Parenthood. An investigator narrowed about 3,000 abortions conducted in 2018 down to 67 instances where the same woman had several abortions in the same year, according to the department.

“The data was further narrowed to exclude multiple abortions and ultimately identified a case where a failed abortion was not reported by Planned Parenthood, in violation of Missouri Law,” the department said. “Only then was the case shared by regulators with Dr. Williams. Dr. Williams did not possess a spreadsheet of patient information.”

Williams first saw the spreadsheet at an October 17 deposition by a Planned Parenthood attorney, health officials said. They did not say what information was contained on the spreadsheet.

Regulators did nothing wrong and no patient data was released in violation of HIPAA laws, the department said.

The Kansas City Star reported that the spreadsheet was attached to an e-mail sent by a department employee with the title “Director’s Request,” and found through legal discovery. The subject line of the email was “Duplicate ITOPs with last normal menses date,” the newspaper reported.

The department said the Planned Parenthood attorney asked Williams in the deposition if he recalled “making a request related to duplicate records which appear to be duplicate ITOPs [Induced Termination of Pregnancy] with last normal menses date?” Williams replied no, health officials said.

The deposition is under seal and cannot be released until the hearing is over, the Star reported. Testimony during the hearing is expected to continue this week.

The state’s last abortion clinic, Reproductive Health Services of Planned Parenthood of the St. Louis Region, remains open. A final ruling on its fate is not expected until at least February. 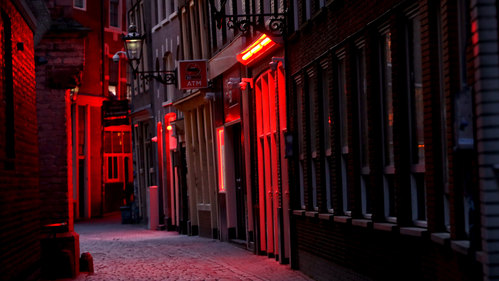