Here’s what you need to know to Start Your Week Smart.

• Did you fall back? Daylight Saving Time ended early this morning. If you forgot to set your clocks back one hour, do it now. Then, crawl back under the covers (unless you have little kids). Now that it gets dark earlier, you’ll also have more time to crash on the couch with “The Crown,” “The Man in the High Castle,” “Shazam!” and more great picks on Netflix, Amazon Prime, Hulu, HBO Now and Acorn TV.

• Just 365 days to Election Day. Whether you’re an obsessive poll-watcher or just drop in to check the pulse of the US presidential race, stick with CNN Politics for all the latest. Meantime, try your hand at our election quiz; at the end is a state-by-state guide for registering to vote. You can also plug into CNN’s Impeachment Watch podcast. And whether you lean left or right, here are 25 ways to get involved.

• Pounding the streets of the Big Apple. From the massive crowds to the musical acts, the New York City Marathon is a race and a show. Some 50,000 runners traverse the five boroughs starting at 8:30 a.m. ET.

• The US may begin pulling out of the Paris climate deal. It’s been more than two years since President Trump announced he’d pull the US out of the agreement among 200 nations to keep global warming well below 2 degrees Celsius above pre-industrial levels. His administration can start the formal, yearlong withdrawal process with the United Nations.

• Roger Stone goes on trial. President Trump’s longtime adviser is due in federal court to face charges of obstructing justice, witness tampering and lying to Congress. The alleged crimes are tied to the release of stolen Democratic Party emails during the 2016 presidential campaign. Stone was indicted as part of special counsel Robert Mueller’s investigation.

• Off-year elections dot the nation. Voters head to the polls in a slew of important local races. Citizens of Kentucky and Mississippi choose governors, while in big cities, including Philadelphia, Houston and San Francisco, they’ll select mayors and other local reps. The results could offer hints about what’s to come in 2020.

• Donald Trump Jr. book comes out. Check shelves for “Triggered: How the Left Thrives on Hate and Wants to Silence Us.” The President’s eldest son becomes the third member of his family to pen a book since his dad took office.

• College basketball season tips off. The week’s extra hour of sleep could pay off when the NCAA men’s season begins with Kansas vs. Duke at 7 p.m. ET, followed by Michigan State vs. Kentucky, at Madison Square Garden. Watch the big match-ups on ESPN.

• John Bolton may get deposed in the impeachment probe. President Trump’s ex-national security adviser is at least the eighth person due to testify this week before House investigators. But his attorney has said he won’t appear as scheduled without a subpoena. Bolton is key to several events tied to the inquiry, including reportedly raising concerns about Trump’s dealings with Ukraine.

• Jerry Sandusky will be sentenced again. The former Penn State assistant football coach is set to be re-sentenced on charges he sexually abused 10 boys over at least 15 years. A state court ruled it was illegal to impose mandatory minimum sentences when Sandusky, 75, was punished in 2012 with at least 30 years in prison. Penn State last week said it’s investigating a new claim of abuse by Sandusky. 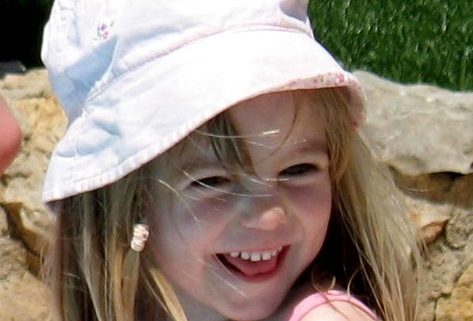