Shelly-Ann Fraser-Pryce further staked her claim as one of the greatest female sprinters of all time by storming to victory in the women’s 100 meters final at the World Championships in Doha.

The Jamaican blew away a world-class field in a time of 10.71 seconds to claim her fourth world championship title in the discipline and eighth world title overall.

“My secret is just staying humble and just know who you are as a person and athlete and just continue to work hard,” the 32-year-old said after her victory, where she was joined on the track by Zyon.

“It’s a wonderful feeling having my son witnessing this.”

‘I got my unicorns’

Much like Usain Bolt had dominated the world of men’s sprinting, his compatriot has been the woman to beat for years — her first of two Olympic gold medals came back in 2008.

Her performance in Doha was a testament to such longevity, with her latest time just 0.01 seconds off the personal best she set back in 2012.

With years of experience on her side, Fraser-Pryce looked composed throughout the race with her trademark style lightening up the competition.

The superstar had opted for a bright yellow hair in the heats but donned a “unicorn” styled theme for the final.

“I needed something sweet, Doha is already hot. I got my unicorns. They say unicorns are something you never see but here I am,” she joked.

Britain’s Dina Asher-Smith was the only woman that ever looked like threatening the Jamaican but even the 23-year-old fell short as she came second in a time of 10.83 seconds — a new British record.

Despite Fraser-Pryce’s remarkable performance, very few spectators were there to see it.

This year’s World Championships has been plagued by poor attendance with the 40,000 capacity Khalifa International Stadium struggling to attract the number of spectators expected for such an international sporting event.

Both the men’s and women’s 100m final were raced in front of a partially empty stadium, with only the distance events attracting a more respectable crowd.

However, the crowds have been defended by some of the competing athletes, notably Asher-Smith.

“I think every country has different cultures,” she said after the race.

“I think different events do well in different countries and that’s why it’s important that as a collective of athletes we go all around the world.”

The IAAF did not immediately respond to CNN’s request for comment on the issue of crowd numbers at the Doha event.

READ: ‘I don’t see this as a personal issue,’ says Seb Coe on Caster Semenya case

Like the Jamaican, Felix is a new mom and was part of the high profile movement that pressured Nike to change long standing maternity policies for its sponsored athletes.

Along with decorated women runners — including Alysia Montaño, Kara Goucher and Phoebe Wright — Felix successfully got the brand to adapt its policy which now ensures female athletes won’t be “adversely impacted financially for pregnancy” for 18 months, which is six months more than under the previous policy. 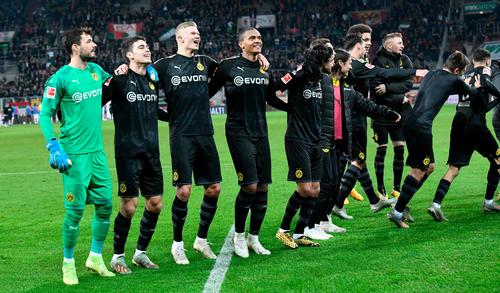