Shock and a large dose of disappointment fell on Longchamp as favorite Enable came up agonizingly short in her quest for an historic third straight Prix de l’Arc de Triomphe title.

The mount of veteran jockey Frankie Dettori was the hot favorite to accomplish the unprecedented feat in Europe’s richest race, and with the line in sight it looked as if the roaring crowd would get its fairytale ending in Paris.

But jockey Pierre-Charles Boudot and outsider Waldgeist — beaten three times by Enable in the past — stormed from fourth and flashed past the green and pink silks of Dettori and Enable on the line.

Gasps and groans from the thousands of British and Irish racing fans packed into Longchamp told the story as the Andre-Fabre-trained Waldgeist, fourth last year, dashed Enable’s bid for immortality in racing circles.

Only eight horses have won dual Arcs, and previously only one of those had even attempted the three-peat — Treve was defeated by Dettori on Golden Horn in 2015.

Enable, who has won more than $12 million in her glittering career, clinched her first Arc at Chantilly in 2017 — Longchamp was being redeveloped — and then triumphed again last year to cement her status as one of the sport’s greats.

Her trainer John Gosden, based in Newmarket, England, told CNN’s Winning Post before the race that it was “a big ask” to pull off an unprecedented trio, and there was a suggestion the heavy rain overnight in Paris may have affected the five-year-old Enable in the haul for the line.

“I passed the 200 (meter marker) and I was a spent force. I think the ground had a lot to do with it,” a clearly devastated Dettori, 48, told a scrum of reporters after dismounting Enable in the parade ring.

READ: The remarkable story of Enable’s once ‘useless’ groom

Coming into the Arc she was unbeaten in her previous 12 races — all under Dettori — and is widely expected to be retired with a record of 13 wins from 15 races.

“We don’t love her any less,” said Teddy Grimthorpe, racing manager to owner Khalid Abdullah, who will make the final decision on Enable’s future.

“The expectation is so enormous with these things, there is a wave of goodwill, and the good wishes that we all had was just unbelievable really and therefore it was not quite what we hoped, we’ve got to be honest about.

“But how can we complain? She’s been an unbelievable filly.”

Gosden told Aly Vance for CNN’s Winning Post: “I’m very proud of her. Things don’t always go like clockwork. I was disappointed when the rain came in the night, I just thought, ‘oh, pity.’ I knew it would tap her stamina but she was beaten by a very good horse on the day.”

Waldgeist, who has won a number of big races in France including this year’s Prix Ganay, is co-owned by German Dietrich von Boetticher.

“We didn’t expect any horses to beat Enable, she’s so superior but all you can do is try,” he told a news conference at Longchamp.

“But Andre believed so we believed.”

It was a record eighth Arc title for the Chantilly-based Fabre, 73, and a first for the 26-year-old Boudot.

The Arc is Europe’s richest horse race with a purse of about $5.5 million and a first prize of $3.1 million, but its history and status as a test of speed and stamina for the best middle-distance horses over three years of age makes it an icon of the sport. 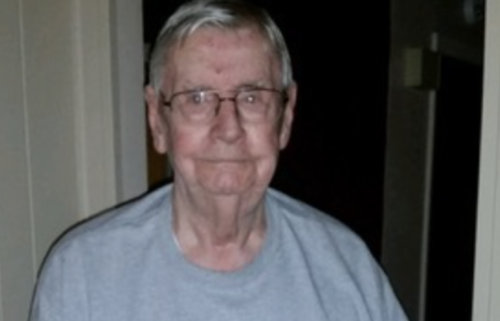