LAS CRUCES, New Mexico - What seemed like another run-of-the-mill game day for the NM State men's basketball team took a turn for the surprising Wednesday afternoon.

Approximately two hours prior to tip-off, it was announced that head coach Chris Jans would not be on the sidelines for the first time in his NM State coaching career after being placed on COVID protocols.

A sudden change-up on the bench, though, didn't prevent the Aggies, who were led by associate head coach James Miller, from making sure their head coach and one of the program's most storied players each reached a major milestone.

A 34-8 run which spanned just under 11 minutes in the second half proved to be the difference as the Aggies pulled away from NCAA Division II and in-state adversary New Mexico Highlands Wednesday night.

Not only did the Aggies move to 5-1 with the triumph, the win marked Jans' 100th as the Aggies' head coach and Johnny McCants' 100th in his storied NM State career.

• The Aggies could do no wrong from the field in the last 20 minute of action, shooting 58.8-percent in the final frame. NM State's accuracy was on display especially from distance as it connected on 12 of its 21 tries (57.1-percent) from that range.

• Allen wrapped up his night with a game-high 21 points on 8-of-13 shooting while adding seven rebounds and a pair of assists. After pumping in 13 points in the opening frame, McCants finished with 18 on 7-of-11 shooting. He also added seven rebounds, two assists and a pair of steals.

• In a little over 27 minutes, Rice contributed 12 points, seven rebounds and two more helpers for NM State which assisted on 20 of its 35 field goal makes.

• Avery topped the Aggies' charts in rebounding with a season-high nine while McKinney Jr., turned in a fine line of six points, two rebounds, six assists and four steals. The Aggies held a 43-29 (+14) edge on the glass in Wednesday's win, too.

• Two individuals - Cameron Crawford and Nate Pryor - made their NM State debuts Wednesday night. Pryor, who transferred in from Washington, logged 10 minutes of court time and finished with two points and an assist.

• Crawford, a walk-on from Kirtland, N.M., drew arguably the biggest cheer of the night from the pro-Aggie congregation by splashing a three-pointer with 42 seconds to go. That triple represented Crawford'f first field goal make - and attempt - as a college basketball player.

• Though it was only an exhibition for New Mexico Highlands, that didn't prevent the Cowboys from putting a scare into the Aggie faithful before the game turned into a runaway in the second half. Brown led a quartet of Cowboys who put in 10 or more points by finishing with a team-high 14 on 6-of-11 shooting. Christmas added 13 while Andre Adams finished with 12.

• McCants became the latest NM State player to hit the 100-win mark in his career Wednesday night. Before him, Eli Chuha got to triple-digits in terms of total triumphs in the 2018-19 season and prior to Chuha, Ian Baker did so before ending his Aggie career in 2016-17.

• For Jans, he reached the 100-win mark at NM State faster than any other bench boss before him did. It took Jans just 126 games at NM State to get to 100 wins which bettered Lou Henson's 100-win pace by a single game. The late legendary NM State head coach needed 127 games to hit triple-digits in head coaching wins as the Aggies' leader.

• NM State moved to 5-1 for the third time in Jans' tenure as head coach with Wednesday night's victory. The Aggies previously won five of their first six games with Jans at the helm in 2018-19 and 2017-18.

COMING UP NEXT
• The first of three consecutive rivalry games looms for the Aggies. Tuesday night at 7:00 p.m., in-state rival New Mexico pays a visit to the Pan American Center for the first of two 2021-22 matchups between it and NM State. The Aggies and Lobos will clash for the 225th time that night with the contest being broadcast nationwide on ESPN+ and the ESPN app. 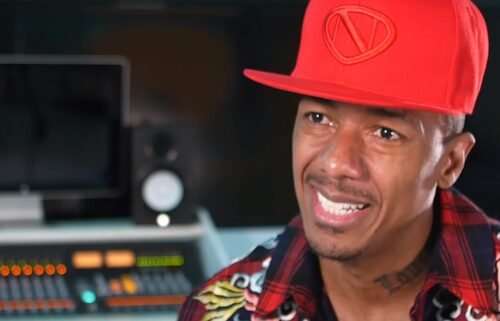