ORLANDO, Florida - It was a special night for Las Cruces, NM native Aaron Herrera Sunday, who made his United States Men's National Team debut in a 7-0 win over Trinidad & Tobago.

It was the first career international cap for Herrera, who plays as a defender for MLS squad Real Salt Lake.

Herrera started for Gregg Berhalter's side in Sunday's international friendly and gave 78 active minutes before being subbed off for Tanner Tessman.

Playing the right back position, Herrera had two nice crosses in the first half that nearly resulted in shots on net but missed shots negated the opportunity for an assist.

Perhaps Herrera's most impactful sequence was a run up the right side in the 50th minute, where Herrera played a give-and-go to free up space down the sideline.

But Herrera was fouled hard by Trinidad's Joshua Trimmingham before he could turn it into the box.

However off the ensuing free kick, the United capitalized off a Miles Robinson header to make it 5-0.

He then spent three years playing collegiately for the New Mexico Lobos, before joining development club FC Tucson in 2016. 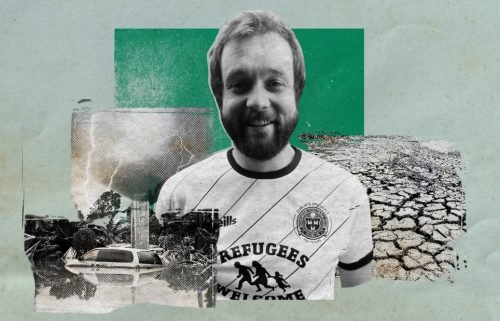