EL PASO, Texas - UTEP, coming off its first-ever win in the Eastern Time Zone, will look to win at Conference USA foe Louisiana Tech for the first time in 18 seasons on Saturday.

The Miners and Bulldogs will kick off at 5 p.m. MT/6 CT in Joe Aillet Stadium in Ruston.

The contest will be streamed on ESPN+.

The action returns to 600 ESPN El Paso with “The Voice of the Miners” Jon Teicher calling play-by-play in his 42nd season.

‘Teich’ is joined by former UTEP WR Cole Freytag (2012, 2014-16) in the booth providing analysis in his first season and Mando Medina reporting from the sidelines.

The action can also be heard on the UTEP Miners app.

The Miners won their first-ever game in the eastern time zone after scoring their most points since the last game of the 2020 season.

The highlight of the evening was Jadrian Taylor’s fumble return in which the 6-1, 246-pound DE scooped up the ball and darted 100 yards to pay dirt.

Tyrice Knight also scored on a scoop-and-score that was caused by a Taylor sack-strip of Charlotte QB Chris Reynolds.

Gavin Hardison matched his career high with three touchdown passes, finding Tyrin Smith for two of those scores and the third to Trent Thompson.

The Miners are looking for their first win in Ruston since the 2004 season. UTEP defeated LA Tech, 19-3, last in season in El Paso. It was the first victory for the Miners against the Bulldogs in El Paso since the 1939 season.

“We have another challenge ahead of us, another road game, back-to-back road games outside the state of Texas. So again, it'll be against a team that has a good passing attack, runs the ball well, really talented receivers, big, tall quarterback with a very strong arm. The running backs got good shiftiness and speed to them,” UTEP Head Coach Dana Dimel said. “Defensively, they're very athletic on defense and have a lot of returners from last year's defense, a very experienced defense with some new faces in there. But the new faces are athletic. They have a lot of depth on their defensive football team. It’s a big challenge for us going into another road conference game here as we go into this week.”

LA Tech leads the all-time series 14-3-1. The Miners won the first-ever meeting in 1939 and the most recent contest, 19-3, last season in El Paso. Last season, UTEP grinded out a 16-point win against LA Tech as RB Deion Hankins led the attack with two rushing touchdowns. DE Jalen Rudolph was credited with a safety and K Gavin Baechle connected on a 41-yard field goal. DE Jadrian Taylor set a career best with 3.5 sacks and six tackles. LB Tyrice Knight intercepted a pass in the end zone late in the game to secure the victory. The win was UTEP’s first against LA Tech since the 2004 season. The Miners beat the Bulldogs 44-27. UTEP is 1-7 versus LA Tech in Ruston.

Overall, the Bulldogs are averaging 27.5 points per game and allowing 38.8 points per contest.

After winning at Conference USA foe Charlotte, UTEP is looking to win its second consecutive road conference game for the first time since the 2005 season.

SECOND MOST POINTS IN DIMEL ERA

40 OR MORE POINTS IN A VICTORY

UTEP gained a season-high 252 yards rushing, the most since rushing for 265 yards at Southern Miss last season. It marked the 10th time UTEP rushed for 200 yards or more under Dana Dimel. The Miners are 7-1 in their last eight game where they rush for 200 yards or more.

400 YARDS DURING THE DIMEL ERA

The Miners gained 425 yards of total offense at Charlotte. It was the 14th time UTEP went over 400 yards during the Dana Dimel era. UTEP is 7-7 during that span.

Gavin Hardison tied his career best with three touchdown passes at Charlotte. He threw against Bethune-Cookman on Sept. 4, 2021 and matched that number against no. 16/18 UTSA on Nov. 6, 2021.

FIRST TD OF '22 FOR THOMPSON

Redshirt senior TE Trent Thompson hauled in his first touchdown of 2022 on a 26-yard scoring reception at Charlotte. For Thompson, he's reeled in five touchdowns on a total of 11 receptions dating back to last season. Last season, Thompson tallied nine receptions with 133 yards and four scores, while this season he's recorded two catches for 46 yards and a TD.

LB Tyrice Knight and DE Jadrian Taylor both found pay dirt at Charlotte during UTEP’s 41-35 victory. It was the first time since Nov. 1, 2014 versus Southern Miss that the Miners scored two defensive touchdowns in the same game. DB Nick Gathrite took a fumble back 59 yards for a score, while LB Trey Brown took back a pick-six 51 yards to the house against the Golden Eagles.

THE FUMBLE RUMBLE TO PAY DIRT

Senior Jadrian Taylor, a 6-1, 246-pound DE, returned a fumble recovery 100 yards at Charlotte after a fumble at the goal line. It was Taylor’s first-ever touchdown scored while at UTEP.

Jadrian Taylor’s 100-yard fumble return for a touchdown was the longest defensive TD by a UTEP player since Quintin Demps had a 100-yard interception return at UCF in the final game of 2007.

Jadrian Taylor disrupted the Charlotte offense during the Miners’ 41-35 win. He took a fumble 100 yards for a score in the fourth quarter, while also recording a sack-strip that led to a Tyrice Knight scoop-and-score with nine seconds remaining in the first half. He also added a season-high 3.0 QB sacks. Taylor added four tackles on the night.

Senior LB Tyrice Knight scored his first career touchdown at Charlotte. It came late in the first half when teammate Jadrian Taylor recorded a sack-strip on QB Chris Reynolds. Knight scooped up the ball and took it 13 yards to the house.

TACKLING BEHIND THE LINE OF SCRIMMAGE

Redshirt freshman CB Ilijah Johnson’s first career interception couldn’t have happened at the right time. Charlotte, which got within six points, got the ball back at the CLT36 with 1:26 left in the game. But Johnson was in the right place when Charlotte QB Chris Reynolds went deep on the first play only for Johnson to end up with the ball and victory.

UTEP tallied a season-high five quarterback sacks at Charlotte during its 41-35 victory. It was the most since recording five at Southern Miss last season. Prior to last season’s total at Southern Miss, UTEP’s high in a league game was six sacks at LA Tech on Oct. 23, 2004. Jadrian Taylor (3.0 sacks), Bryton Thompson (1.0 sack) and Tyrice Knight (1.0) all tallied sacks versus the 49ers.

Gavin Baechle, after scoring a season-high 11 points, was honored as the Conference USA Special Teams Player of the Week on Oct. 3 presented by Blenders Eyewear. The award is Baechle’s second in this season as he was first honored on Sept. 12 following UTEP’s win over NM State. Baechle was perfect on field goals (2-2) and tied his career best with five extra points during UTEP’s 41-35 victory at Charlotte on Oct. 1 in Jerry Richardson Stadium. Baechle gave UTEP a 10-7 advantage when he connected on a 22-yard field goal attempt at the 8:03 mark of the second quarter. He later put the Miners ahead by 13 points (34-21) on a 29-yard make with 36 seconds remaining in the third.

UTEP will have its bye week before hosting two consecutive home games (FAU on Oct. 22, Middle Tennessee on Oct. 29). The Miners and Owls will kick off at 2 p.m. MT, while Oct. 29 against the Blue Raiders is “Homecoming” with kick set for 7 p.m. in Sun Bowl Stadium. 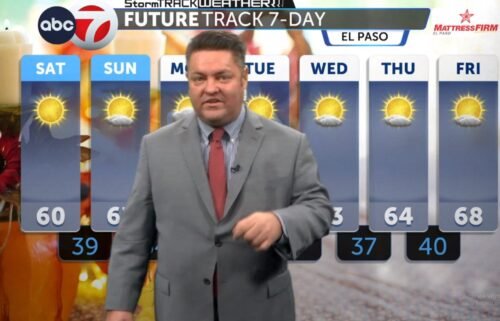 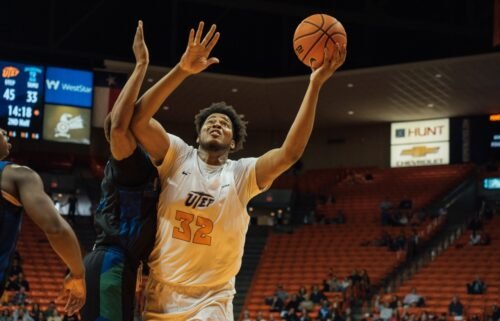