Stephanie Valle has been with ABC-7 since 2001, starting as an intern. After nearly ten years working mornings, she was named News Operations Manager and anchor for ABC-7 at 4 in March 2019. In January of 2020, she assumed the role as main co-anchor of ABC-7 at 5, 6 and 10.

Stephanie previously was Executive Producer and anchor of the highest-rated morning show in the area, Good Morning El Paso, for five years. She also served as the reporter for GMEP and anchor for ABC-7 at Noon for five years before that.

Stephanie has covered an array of news in the Borderland -- from Pope Francis' visit to Juarez, to a day in the life of a teen girl recovering from a traumatic crash that took the life of her brother.

Her anchoring and reporting has been commended by the Texas Associated Press Broadcasters. Stephanie and the team behind Good Morning El Paso won the Best Morning Newscast award in 2017; that year, she also received first place for a series of reports on babies born dependent on opioids. In 2016, Stephanie received an honorable mention from the TAPB for an investigative report on the illegal sale of underage puppies.

Stephanie was also voted Best Newscaster in What's Up Magazine four years in a row, and has been named Best News Reporter by The City Magazine.

Stephanie has two children, sits on the board for Candlelighters, an organization dedicated to serving children with cancer and their families, and while she has run a marathon, enjoys running shorter distances. 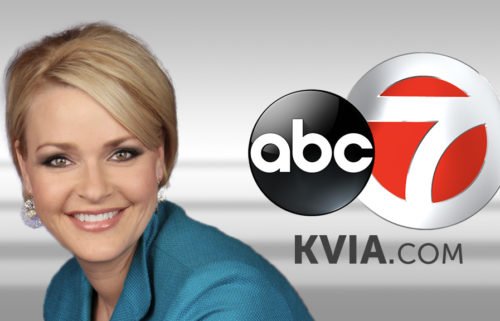