Vladimir Putin’s announcement of increased military conscription to bolster Moscow’s invasion of Ukraine shows that the Russian President “has been outsmarted” by Kyiv, UK Prime Minister Liz Truss told CNN in an exclusive interview, as she set out her stall on foreign policy.

The new British leader, who takes power at a time of historic upheaval, told CNN’s Jake Tapper on “State of the Union” that Putin had ordered an immediate military escalation “because he isn’t winning.”

“He made a strategic mistake, invading Ukraine,” Truss said in her first interview with a US network, which aired Sunday.

“I think he has been outsmarted by the Ukrainians. We’ve seen the Ukrainians continue to push back against the Russian offensive. And I think he didn’t anticipate the strength of reaction from the free world.”

Truss, who faces perhaps the biggest set of challenges of any incoming British prime minister since Winston Churchill, met with US President Joe Biden on Wednesday.

In a subsequent interview at 10 Downing Street, she told CNN that Washington “is an incredibly close partner” but did not roll back controversial comments she made last year, while UK Foreign Secretary, in which she described the US-UK relationship as “special but not exclusive.”

“I do think our relationship is special and it’s increasingly important at a time when we’re facing threats from Russia, increased assertiveness from China. You know, we are both freedom-loving democracies. We have such a strong connection,” she told Tapper.

‘Don’t listen to the saber-rattling’

When asked how Western leaders should respond if Putin ramps up military activity in Ukraine, Truss said they “should not be listening to his saber-rattling and his bogus threats.”

“Instead, what we need to do is continue to put sanctions on Russia and continue to support the Ukrainians.”

Earlier this week Russian Defense Minister Sergei Shoigu said the country would summon 300,000 reservists, following a sweeping offensive from Kyiv this month that has spurred Ukraine’s Western allies and provoked anger in Russia.

The momentum of the war has recently swung in Ukraine’s favor, in a marked shift that US officials broadly view as evidence that the types of weapons and intelligence the West has provided to Kyiv in recent months have been effective.

The UK has been one of the most vehement opponents of Russia’s war and one of the biggest supporters of Ukraine, supplying money, weapons and aid.

In response to Russia’s flailing military campaign, Putin made a speech declaring the “partial mobilization” of citizens, and said that he would use “all the means at our disposal” — even raising the specter of nuclear weapons — to maintain the “territorial integrity” of Russia.

“If Putin is allowed to succeed, this wouldn’t just send a terrible message in Europe, and of course huge threats to the Ukrainian population themselves, but it also would send a message to other authoritarian regimes around the world that it’s somehow acceptable… to invade a sovereign nation,” Truss said.

“This is why it’s so important that we continue to be resolute, we don’t listen to the saber- rattling that we’re hearing from Putin, and we continue to back the Ukrainians to the hilt. And that’s what I’m determined the United Kingdom will do.

“I know President Biden is absolutely committed from the US point of view. We’ve worked closely with our American allies, with the G7, and we will continue to do so until Ukraine prevails.”

‘What I want to do is find a way forward’

From the rising cost of living at home, to the post-Brexit morass domestically and overseas, Truss inherited a country on the brink of crisis when she assumed her post in September.

She told CNN that by cutting taxes — which critics warn will be more beneficial for the wealthy than the majority of British society — her government was “incentivizing businesses to invest and we’re also helping ordinary people with their taxes.”

On top of that, she faced pressure to stabilize ties between the White House and Downing Street following Boris Johnson’s political downfall and subsequent resignation.

Even though Biden and Johnson were ideologically split — the former once described his UK counterpart as the “physical and emotional clone” of Trump — both were deeply aligned in their approach to Russia, the climate crisis, and vaccine distribution during the coronavirus pandemic.

However, the Northern Ireland Protocol — a post-Brexit measure that requires extra checks on goods moving between Northern Ireland and the rest of the UK following its departure from the European Union — has remained a residual thorn in both parties’ sides.

The rules were designed to maintain the border between Northern Ireland and the Republic of Ireland open and prevent a return to sectarian violence. But Truss intends to rewrite those rules, prompting deep anxiety in both Brussels and Washington.

Biden, who makes frequent references to his Irish ancestry, has made his views clear on the issue, even though it does not directly involve the United States. In their first phone call as counterparts earlier this month, he raised the matter with Truss, according to the White House.

When asked about her conversation with Biden, Truss told CNN: “President Biden and I both agree that what is vital is to protect the Belfast Good Friday Agreement. And we are celebrating 25 years of that agreement next year.

“So what I want to do is find a way forward, and my preference is a negotiated solution with the EU, that protects that North-South relationship, but also protects the East-West relationship. And that is absolutely core to the Belfast Good Friday Agreement.”

The UK government’s approach to post-Brexit negotiations has also created rifts with other Western allies, including France.

During her leadership bid in August, the then-UK Foreign Secretary said “the jury’s out” on whether French President Emmanuel Macron should be considered a “friend or foe.”

Macron shrugged his shoulders when asked about Truss’ comments during a wide-ranging interview with Tapper this week.

While Truss declined to call Macron a “friend,” she told CNN she had “a very good meeting” with Macron at the UN General Assembly in New York on Tuesday.

“We, again, talked about the values we share with France and how we’re working very, very closely together in all kinds of areas, for example, tackling illegal migration, standing up to Russia, backing the Ukrainians and working together on energy.”

‘We need to learn lessons from Ukraine’

Most recently, Biden said US military personnel would defend Taiwan if the Chinese military were to launch an invasion of the democratically ruled island.

Truss has not been as direct as Biden in pledging the UK’s military support, but told CNN: “We are determined to work with our allies to make sure that Taiwan is able to defend itself.”

She added that her government was working with its G7 allies including the US, Japan and Canada, to reduce “strategic dependency” on China, and ensure they have a “common response” to the threat of military aggression from Beijing.

“Well, what I’ve been clear about is that all of our allies need to make sure Taiwan is able to defend itself. And that is very, very important. And we need to learn the lessons from Ukraine.

“The fact is the free world didn’t do enough to counter Russian aggression early enough. And Putin was emboldened to start this appalling war. And we can’t see that situation happen in other parts of the world.”

‘The Commonwealth is a force for good’

Within the first week of her premiership, Truss was also faced with the death of Queen Elizabeth II.

After Britain’s longest-reigning monarch died on September 8 at the age of 96, world leaders gathered at Westminster Abbey for an elaborate state funeral steeped in pageantry.

However, the Queen’s death also cast into the spotlight the brutal period of British colonial history during her long reign.

Some members of the Commonwealth — a 56-member organization of mostly former British territories — have started reassessing their relationship with the monarchy.

After confirming King Charles III as the King of Antigua and Barbuda on Saturday, Prime Minister Gaston Browne told ITV News that he planned on holding a referendum on whether the country becomes a republic in the next three years.

When asked about the stability of the Commonwealth following the Queen’s death, Truss said there had been “huge warmth” toward King Charles III since his accession, as well as a huge outpouring of affection for his mother.

“I am very, very supportive of the Commonwealth. I think it’s been a hugely important organization. The Commonwealth believes in freedom and democracy, which are important principles that we were — we were discussing earlier in this interview,” she said.

“Now, of course, it’s a decision for any country about how they decide to organize themselves. And King Charles has been very clear about that himself. He was clear about that at the Kigali Commonwealth Summit earlier this year.

“But I think the Commonwealth is a force for good. It’s a belief in freedom and democracy, and we need more of that in a world where we are facing these authoritarian regimes who want to subvert — want to subvert those ideas.” 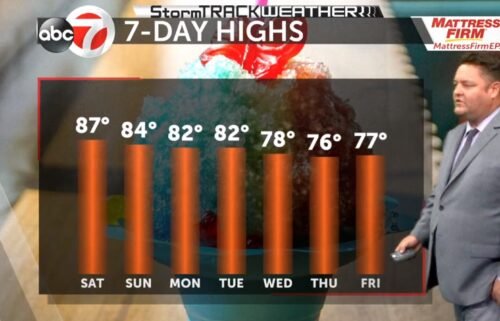 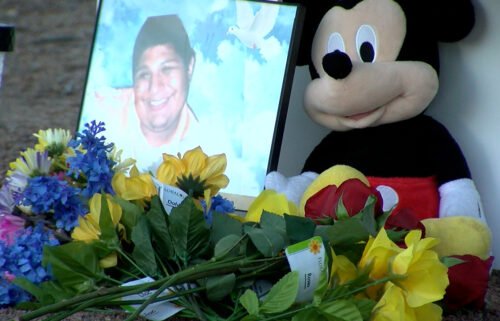