In a perfect sign of the peak-TV times, a single Friday brings a pair of mystery series devoted to sisters and their unique bonds, including one with (sort-of) evil twins. “Echoes” starts with promise upon which it doesn’t deliver, while “Bad Sisters” — too long, but satisfying at the end — plays like the never-made third season of “Big Little Lies,” where the really “bad” person is the abusive husband who winds up dead.

Starring Michelle Monahan in a dizzying dual role, “Echoes” features identical twins Leni and Gina, who have spent years perfecting the strangest sister act imaginable: Going away together for their birthday each year, then trading places to spend the next 12 months living each other’s lives.

When one of them goes missing, however, it opens a door not only to potentially exposing the ruse but raises thorny questions about their past, which comes dripping out in a series of flashbacks — including the death of their mother and a fatal fire — and draws the attention of the local sheriff (Karen Robinson), the only character who seems to be having any fun.

Produced by “13 Reasons Why’s” Brian Yorkey, “Echoes” features a solid cast, including Matt Bomer and Daniel Sunjata as the twins’ respective husbands, and Michael O’Neill as their stoic but concerned dad.

As is so often true of these high concepts, though, the series feels increasingly tortured down the stretch, to the point where the alternating which-sister-did-what beats don’t necessarily become difficult to follow but rather challenge your patience in terms of being motivated to try. That’s despite Monahan’s latest addition to the long list of actors who have conducted both sides of a conversation to some stunt double.

Netflix gets a lot of mileage out of these kind of mysteries, but for all its contortionist-worthy twists and turns, “Echoes” begins looking like an enticing plunge and doesn’t quite pull itself out of the shallow end of that gene pool.

“Bad Sisters,” meanwhile, is a much more intricate construct, but boils down to a simple question: Who and what killed the horrible husband of one of five unusually close sisters, all of whom have reason to despise him separate from the fact that they hate the way he treats their sibling?

Created by and co-starring Sharon Horgan (“Catastrophe”) as the eldest of the bunch, the show also features Eva Birthistle, Sarah Greene and Eve Hewson as the plotting quartet.

Still, the pivotal role belongs to Claes Bang (“The Northman,” “Dracula”) as the quietly loathsome John Paul, who torments his wife (Anne-Marie Duff) and quietly plots to harm and undermine her siblings, including Horgan’s Eva, with whom he works.

Darkly funny, the show operates in different time frames, with the later part involving a pair of insurance agents (Brian Gleeson, Daryl McCormack) convinced that foul play was involved in John Paul’s demise. Unfortunately for them, John Paul is such a committed jerk the sisters aren’t alone in having reason to want to see him out of the picture.

There’s an almost Rasputin-like quality to the sisters’ initially hapless efforts, with Eva at one point noting — when someone proposes staging a work-related accident — “What are we gonna do, paper cut him to death?”

Adapted from a Belgian series, the story drags a bit too much along the way, getting lost amid a maze of side alleys and subplots. And while those threads come together well at the finish, the most apt recent comparison would be another Apple entry, “The Afterparty,” which also contained intriguing twists but took too long to disgorge its secrets.

For all that, “Bad Sisters” provides a stronger payoff than “Echoes” and feels less far-fetched, which goes a long way in helping justify the investment. In the realm of streaming, as with family, those are the kind of ties that bind.

“Echoes” and “Bad Sisters” premiere Aug. 19 on Netflix and Apple TV+, respectively. Disclosure: My wife works for a unit of Apple. 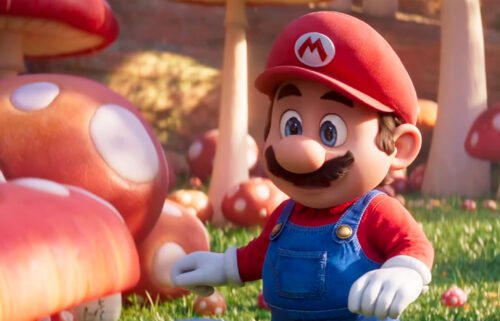