The Food and Drug Administration gave Johnson & Johnson’s Covid-19 vaccine the green light for emergency use on Saturday — another historic milestone experts say will help get the country a step closer to returning to normalcy.

An FDA analysis found the vaccine safe and effective. It can be kept at simple refrigerator temperatures. And unlike the other two Covid-19 vaccines already authorized in the US, Johnson & Johnson’s vaccine only requires one dose — which Choo says is a big deal.

“It’s been such a challenge to get even a single dose to many people,” Choo said. “Signing up for a second one, keeping track of that, getting transportation, it’s just a huge barrier for many Americans and then of course in harder-to-reach places, including rural America, it’s just been a huge logistical challenge.”

On Sunday, advisers to the Centers for Disease Control and Prevention will meet to discuss and vote on whether the agency should OK the vaccine’s distribution and could also designate priority groups. The CDC director then needs to give the final go-ahead.

“To have a third vaccine that meets the expectations of an (emergency use authorization) for safety and effectiveness at preventing severe disease and death from COVID-19 brings us one step closer to protecting the American public, staying ahead of concerning viral variants, and finding our way out of the pandemic,” National Institutes of Health Director Dr. Francis Collins said in a statement.

The Johnson & Johnson vaccine will also help boost the number of shots available to Americans as health officials race to prevent another possible Covid-19 surge fueled by variants.

So far, more than 48.4 million Americans have received at least their first dose of a Covid-19 vaccine, CDC data shows.

More than 23.6 million people have gotten both doses of a vaccine. That’s roughly 7.1% of the US population.

“The J&J vaccine, which is easier to transport and store… is going to dramatically increase our vaccine availability,” Dr. Jonathan Reiner, a professor of medicine at George Washington University, told CNN Saturday. “It’s a big, big deal.”

About 3.9 million doses will be available for ordering right away, according to Lori Tremmel Freeman, CEO of the National Association of County and City Health Officials — which could add about 25% more Covid-19 vaccination capacity for states.

Utah Gov. Spencer Cox told CNN he expects the state will receive “several thousand doses” over the next few days.

“We expect shots in arms this coming week,” Cox said. “We know they have about 4 million doses on hand right now ready to go out. They’ll start shipping those out, we believe, on Monday. We should have those shots, we think, on Wednesday. And shots in arms on Thursday and Friday. That’s a big deal for our state and for Americans everywhere.”

West Virginia Gov. Jim Justice said Friday an emergency use authorization for the Johnson & Johnson vaccine would mean the state will receive about 15,000 more doses as soon as this week.

Now is not the time to ditch safety measures

While the third emergency use authorization for a Covid-19 vaccine may be more good news, health officials have repeatedly warned that now is definitely not the time to ditch safety measures that work to combat the spread of the virus.

That’s because while Covid-19 numbers across the country may have declined, they’re still terribly high. Tens of thousands of new infections are added to the country’s tally daily. More than 48,800 people remain hospitalized with the virus, according to the COVID Tracking Project. And more than 63,800 virus-related deaths have been reported in the US this month alone.

And the declines that were taking place in case and hospitalization numbers now appear to be “leveling off” at these high levels, CDC Director Dr. Rochelle Walensky warned during a White House Briefing Friday.

“Over the last few weeks, cases and hospital admissions in the United States have been coming down since early January and deaths had been declining in the past week,” she said. “But the latest data suggest that these declines may be stalling, potentially leveling off at still a very high number. We at CDC consider this a very concerning shift in the trajectory.”

Experts have warned another Covid-19 surge could be just weeks away, this time fueled by variants of the virus. Particularly concerning is the highly contagious B.1.1.7 variant first identified in the UK, which the CDC estimates will be the predominant one in the US by next month.

“CDC has been sounding the alarm about the continued spread of variants in the United States, predicting that variants, such as the B.1.1.7 variant, which is thought to be about 50% more transmissible than the wild type strain, would become the predominant variant of Covid-19 by mid-March,” Walensky said during Friday’s briefing. “We may now be seeing the beginning effects of these variants in the most recent data.” 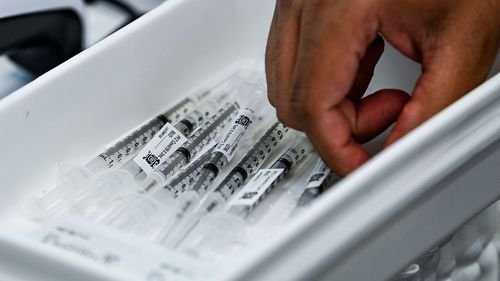 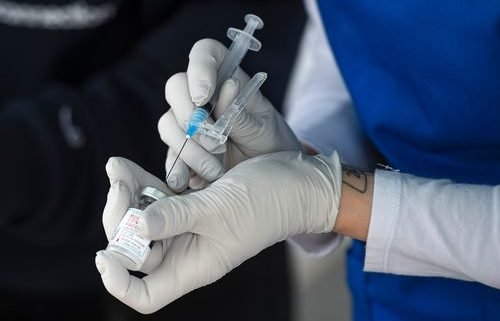