Boston Children’s Hospital, which calls itself “home to the first pediatric and adolescent transgender health program in the United States,” says it has faced a “large volume” of threats of violence for offering that kind of care.

The hospital said in an emailed statement Wednesday that its clinicians and staff have been harassed by phone, email and social media, receiving multiple threats of violence.

The threats picked up after misinformation spread online that suggested the hospital performed gender-affirming genital surgeries on young children.

Boston Children’s says it provides overall care to children who identify as transgender or nonbinary, but surgeries are performed only on consenting adults.

“Age 18 is used to reflect the standard age of majority for medical decision-making. Boston Children’s does not perform genital surgeries as part of gender-affirming care on a patient under the age of 18,” the statement says.

“We condemn these attacks in the strongest possible terms, and we reject the false narrative upon which they are based. We are working with law enforcement to protect our clinicians, staff, patients, families, and the broader Boston Children’s community and hold the offenders accountable,” the hospital says. “We will continue to take all appropriate measures to protect our people.”

The harassment followed a variety of posts from individual social media users and from the Twitter account LibsofTikTok, which has shared a series of anti-LGBTQ messages with its 1.3 million followers. In this case, the account posted a video August 11 of a doctor explaining a hysterectomy, but young girls and minors were not mentioned.

The US Attorney’s Office for the District of Massachusetts said Wednesday that the reports of threats against Boston Children’s are “disturbing to say the least.”

“Children deserve an opportunity to thrive and grow as their own authentic selves. Parents/guardians and health care providers who support them in that journey should be allowed to do so free of threats and harassment. I want to make it clear that the Department of Justice will ensure equal protection of transgender people under the law,” Attorney Rachael Rollins said in a statement on the office’s website.

Rollins said her new 1-83-END-H8-NOW hot line has gotten “dozens of calls” and will pursue all leads.

“While free speech is indeed the cornerstone of our great nation, fear, intimidation and threats are not. I will not sit idly by and allow hate-based criminal activity to continue in our District,” she said.

What is gender-affirming care?

Gender-affirming care is medically necessary, evidence-based care that uses a multidisciplinary approach to help a person transition from their assigned gender — the one they were designated at birth — to their affirmed gender — the gender by which they want to be known.

“Research shows gender-affirming care improves the health and overall well-being of children and youth when families and medical professionals work together in making health care decisions,” the association said in an email Wednesday. “We condemn all violence and threats aimed at pediatric patients, their families and medical staff making decisions affecting children’s health.”

Alejandra Caraballo, a clinical instructor at the Cyberlaw Clinic at Harvard University, has been monitoring anti-LGBTQ rhetoric online for years and said she is “shocked but not surprised” that threats followed the post.

“While there’s no direct ties, there’s also been this broader atmosphere of increasing random acts of violence,” she said.

“When you have accounts with millions of followers amplifying misinformation that hysterectomies are being performed on ‘young girls,’ it’s not so surprising that all of a sudden, this becomes the reason for people to act out and create threats and harassment against hospitals,” Caraballo added.

She said Boston’s is not the first hospital offering gender-affirming care that has gotten such harassment, and it won’t be the last.

“I don’t think people understand the extent of it,” Carballo said of threats against the LGBTQ community in general and against clinics that provide such care in particular. “There’s a constant drumbeat of homophobia and transphobia and anti-LGBTQ rhetoric.”

Fifteen states have enacted or are considering laws to restrict access to gender-affirming care by, in some cases, even penalizing providers and families who try to get such care, according to UCLA’s Williams Institute, which conducts independent research on sexual orientation and gender identity law and public policy. These states are home to nearly a third of the nation’s transgender youth.

Caraballo said there may be a specific strategy in targeting Boston Children’s. The hospital is in Massachusetts, where there are laws supportive of LGBTQ people and where it would be nearly impossible to pass legislation to ban this kind of care.

“So they will resort to this kind of digital vigilantism to essentially intimidate and shut down these programs through threats and violence. It’s essentially a page out of the anti-abortion playbook, right?”

She says some far-right groups have created maps of clinics that provide gender-affirming care to, as one website says, “demand justice for the victims.”

That site also encourages people to document what clinics are doing to show “those who are harming vulnerable children for profit.”

Dr. Scott Hadland, chief of the Division of Adolescent and Young Adult Medicine at Massachusetts General Hospital, says he decided to speak up about the harassment.

He does not work for a specific gender-affirming care clinic. But he is gay and works with LGBTQ patients, and he says he has been harassed online because of his social media posts on behalf of the community.

For example, when he posted a tweet in opposition to a Florida bill limiting what teachers could talk about in class with regard to sexual orientation or gender identity, he received “a barrage” of threats and homophobic slurs.

One slur that kept popping up was that he was a pedophile.

“And it hurts, because I’m a father of two young kids, and I’m a pediatrician,” Hadland said.

“I think it’s important to advocate for a lot of things. It’s important for us to advocate for the safety of our colleagues, for the health and well-being of young people and their families, and for thoughtful policies for LGBTQ people, and I won’t back down from that,” he said.

“But even just sort of standing up for the care of young people, even when it’s evidence-based, really puts you in the crosshairs. There are times where, for my own personal safety and that of my loved ones, though, I do purposefully take a step back from the advocacy. And I wish I didn’t have to, but it feels necessary.” 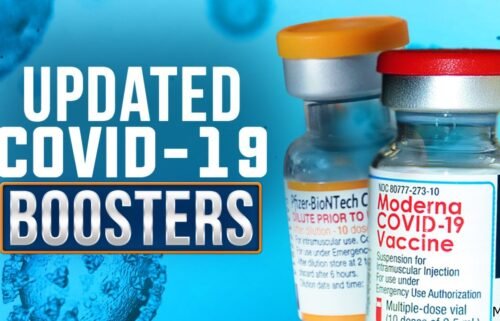 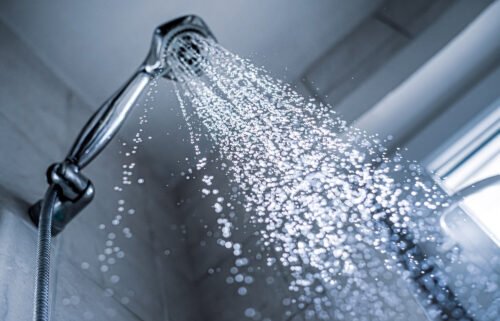