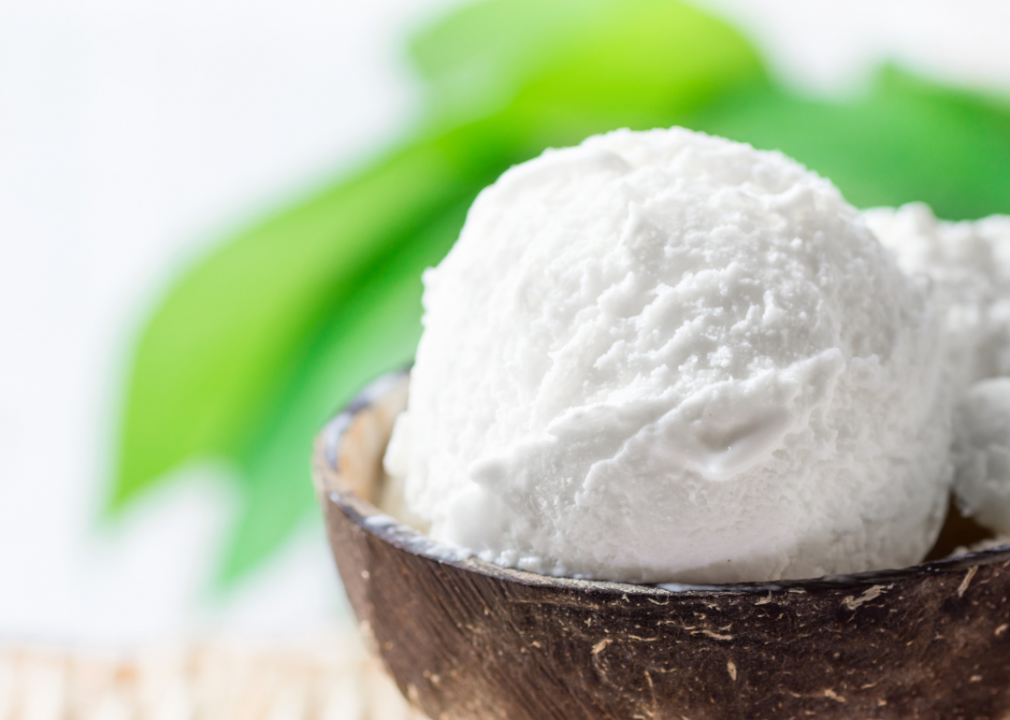 Plant-based eating has grown in popularity. Eating a plant-based diet simply means eating foods mainly from plant sources such as seeds, nuts, legumes, fruits, beans, whole grains, and vegetables. Although plant-based diets involve zero animal products, many people incorporate plant-based meals into a diet that also includes occasional meat, dairy, and other animal-based products. The rise in plant-based foods has been supported by Gallup research, which found plant-based food sales rose by 8.1% in 2017 and totaled more than $3.1 billion in 2018.

The increase in popularity can be attributed in part to the many health benefits of a plant-based diet, which can lower blood pressure, improve heart health, and help in the prevention of Type 2 diabetes. It also may lower the risk of cancer. For many people, though, plant-based diets are a way to move away from eating animal products and processed foods altogether.

With the holidays approaching, Almond Cow compiled a list of 10 plant-based desserts that will satisfy anyone’s sweet tooth, using recipes from Allrecipes and Almond Cow’s own repository.

These recipes include both traditional favorites and newer modern takes. While many of the listed recipes are vegan, vegan baking substitutes are also included. Dairy substitutes for vegan baking, for instance, involve swapping out dairy butter for coconut oil, olive oil, or vegan butter, or using soy milk, coconut milk, or almond milk in place of cow’s milk. Eggs can be replaced with applesauce, flaxseed, banana, or aquafaba (the liquid in which legume seeds, like chickpeas, have been cooked).

Read on to discover 10 delicious plant-based desserts to enjoy with friends and family this holiday season. 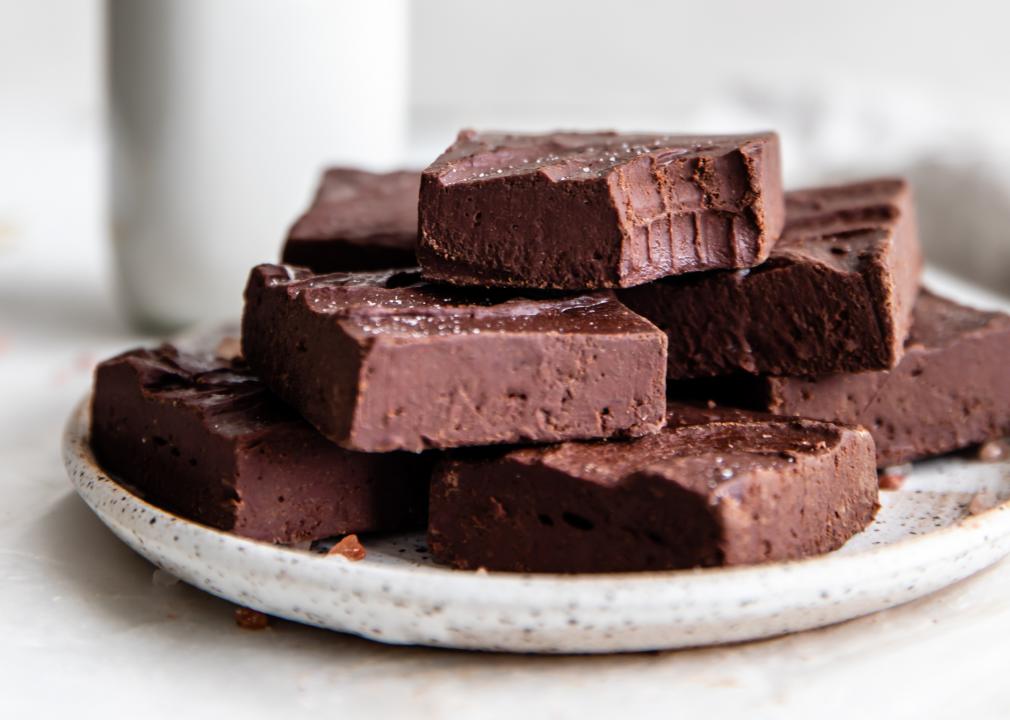 A plant-based version of a holiday mainstay, this decadent chocolate treat requires just five simple ingredients. The easy-to-follow directions feature three basic steps: This recipe moves from saucepan to loaf pan to oven to refrigerator. While this chocolate fudge calls for cashew milk, any plant-based milk will do, such as coconut milk, almond milk, soy milk, and rice milk. After setting, any leftovers can be stored in the refrigerator in an airtight container to be enjoyed later. 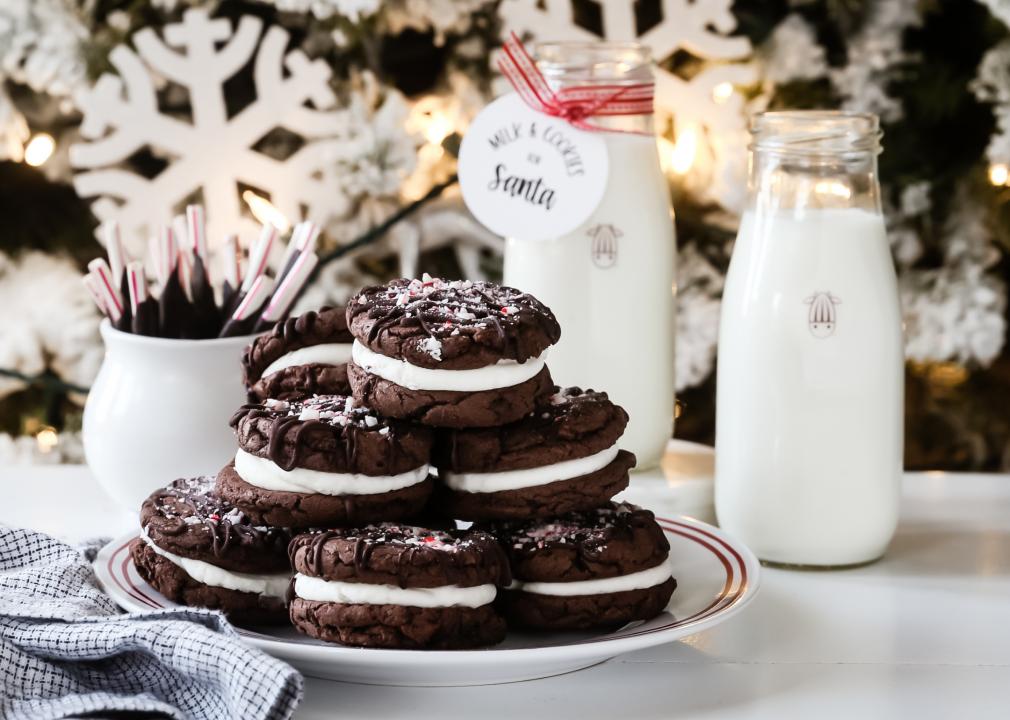 While this recipe is a bit intricate, these chocolate peppermint sandwich cookies are well worth the time. The cookies and buttercream are prepared separately. Before marrying the two together, the cookies must cool completely. For a neater alternative to crushed candy canes, substitute with a container of vegan and gluten-free crushed peppermint candy. This treat is best enjoyed with a cup of plant-based milk in front of a toasty holiday fire. 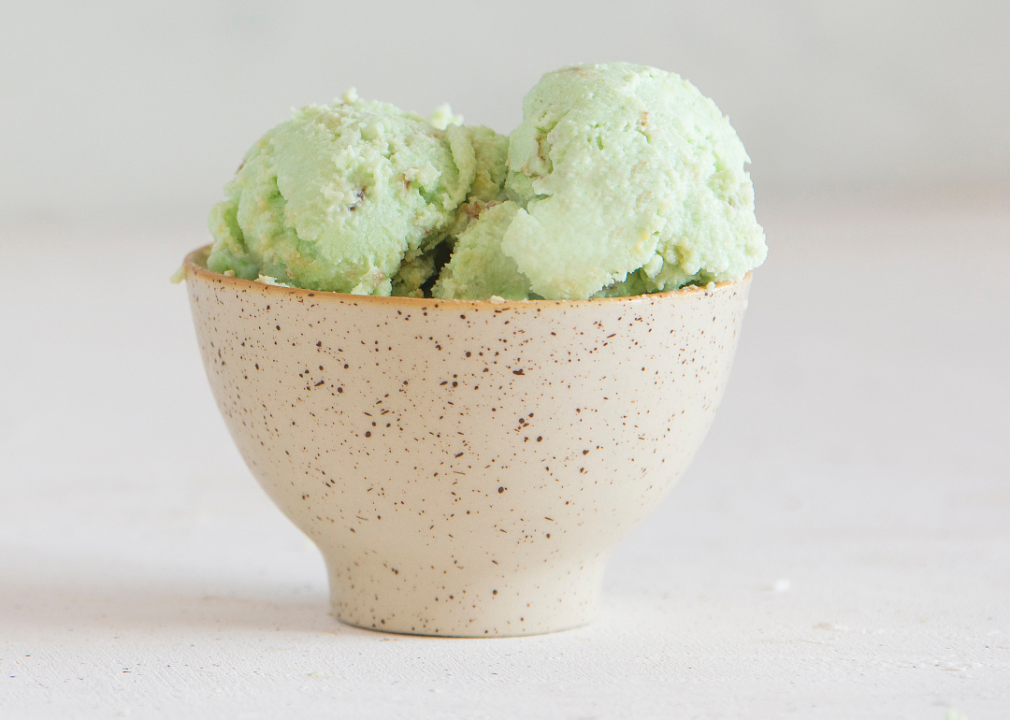 This dairy-free ice cream offers a refreshing and cool dessert that is not overly sweet. The simple recipe also allows for additions and substitutions, like swapping out dark chocolate for semi-sweet chips. Agave syrup also has several substitutions, including brown rice syrup and maple syrup. Even coconut nectar can work as a wonderful substitution that offers the consistency of syrup and a slightly lower glycemic index than agave. This treat can be frozen and blended if you don’t have an ice cream maker on hand. Once frozen, this ice cream can be topped with berries or shredded coconut. 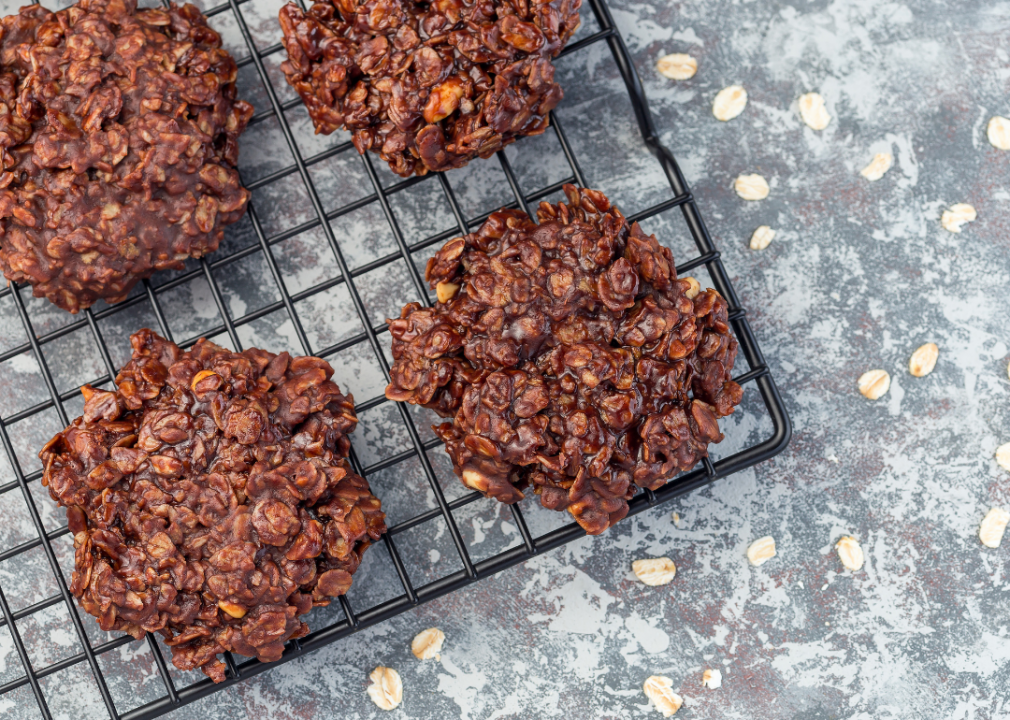 In under an hour, these simple cookies can be prepared and ready as the follow-up to a delicious plant-based meal. Thicken things up by adding an extra 1/2 cup of oatmeal. Substitutions are easy as well, using vegan butter in place of vegetable oil. Agave and coconut nectar serve as lower glycemic index substitutions for maple syrup. Even better, these versatile cookies can also be made into a macaroon-type cookie, simply by adding more coconut. 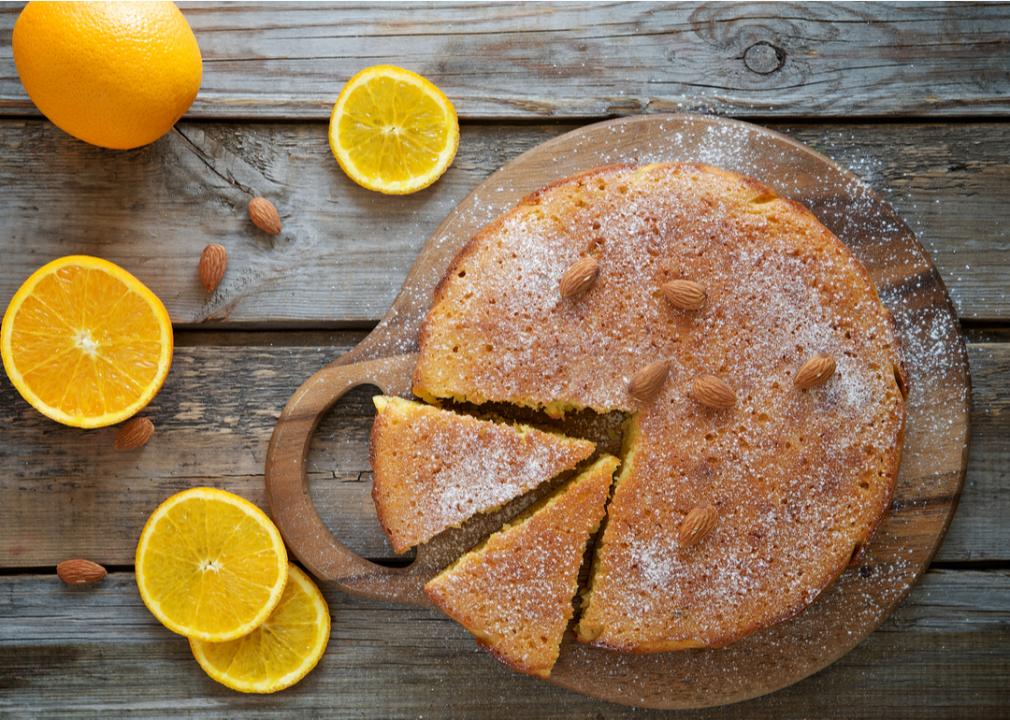 This recipe proves that it’s possible to make a cake without eggs or milk. With food allergies on the rise, particularly to eggs and dairy, this orange vegan cake lets those with food allergies enjoy a dessert they often can’t. After blending the orange to make orange juice, simply mix all the ingredients in a large bowl before spreading them into a greased pan. Adding a bit of orange zest to the recipe gives this cake an extra shot of flavor. Not only does orange zest add flavor, but it also has health benefits like aiding digestion and offering a fantastic source of vitamin A and calcium. 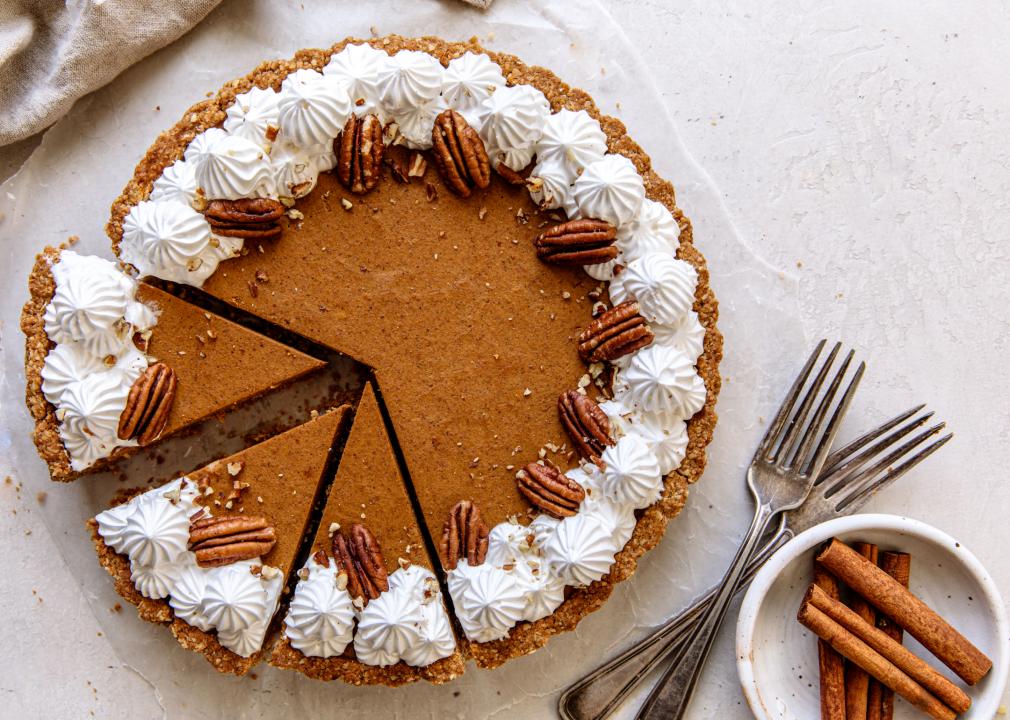 Nothing says fall like pumpkin-flavored treats. This perfect pumpkin tart requires several steps and a food processor. The almond pulp the recipe calls for comes from almond milk. When preparing to make this dessert, there are two important things to remember: Cashews should be soaked overnight or for at least four hours, and any excess liquid should be squeezed out and discarded. The tart should be allowed to set for an hour and can be served immediately after. Leftovers stored in an airtight container can keep for two days. 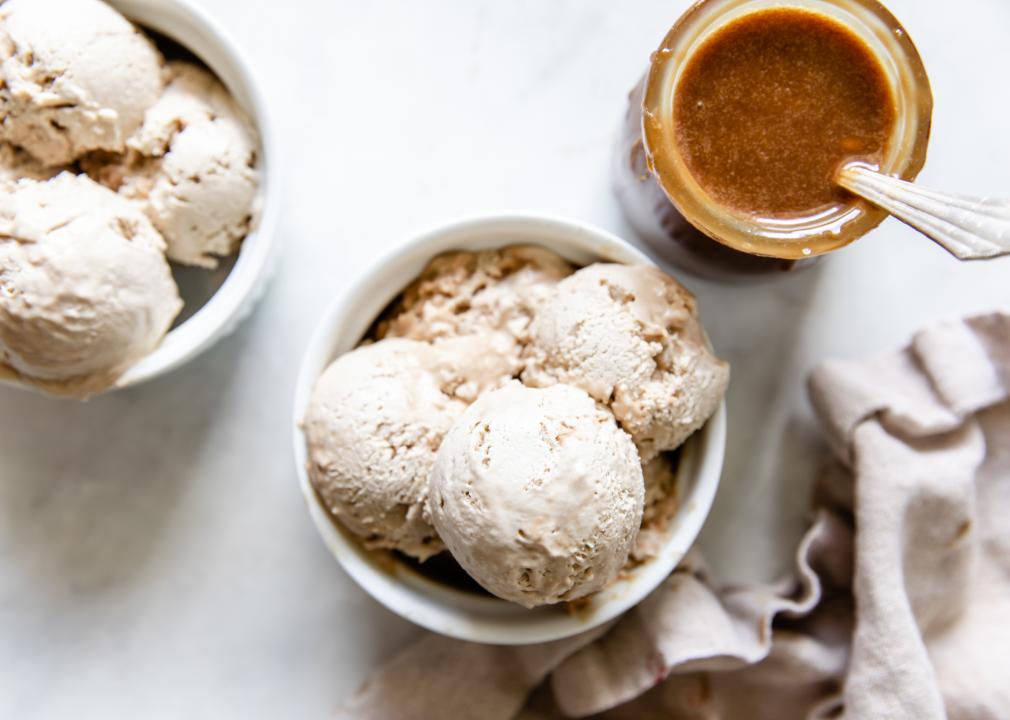 Leftover cashew pulp can be used to make this rich and tasty ice cream. Perfect for any season, this dessert can be processed or blended before being churned in an ice cream maker. Though prep time is brief at 15 minutes, the delicious concoction should be covered and allowed to freeze for three to four hours before eating. This recipe makes five to seven servings—perfect for a party or after a family dinner. Top it with nuts or serve with vegan wafers or sugar cones. 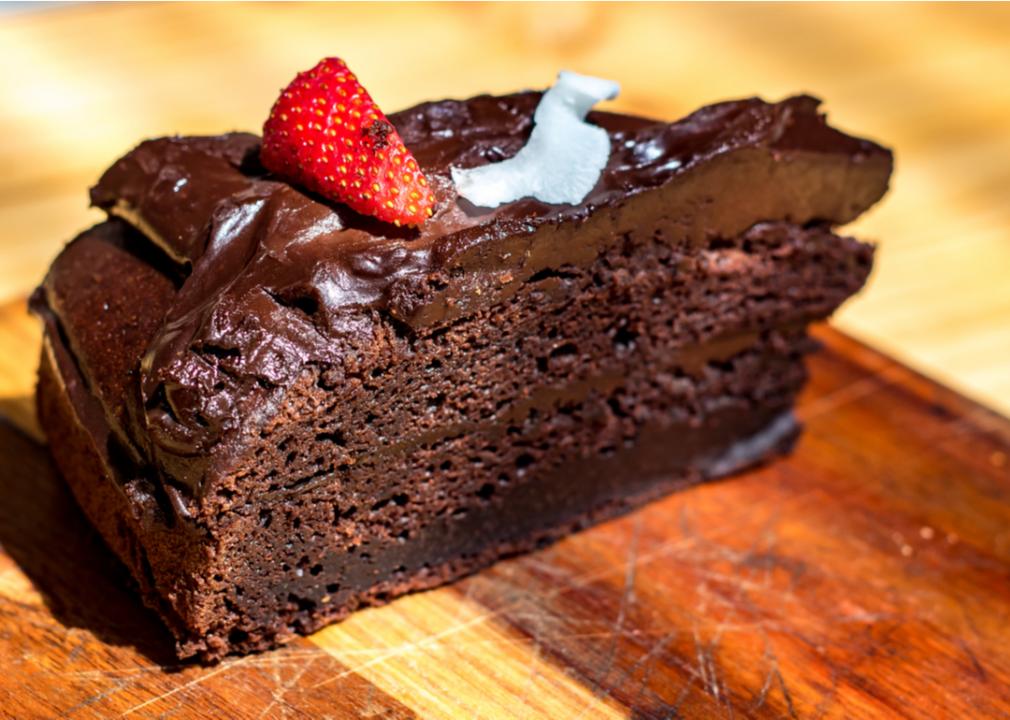 This traditional favorite can be made in just three easy steps. Substitutions can include rice flour in place of all-purpose flour and melted coconut oil, which can be used as a substitute for vegetable oil. Double the recipe to create a two-layer version of this vegan chocolate cake for birthdays or other large gatherings. Another option is to make this recipe as cupcakes, which can yield a dozen moist cupcakes with cupcake tins filled two-thirds of the way. 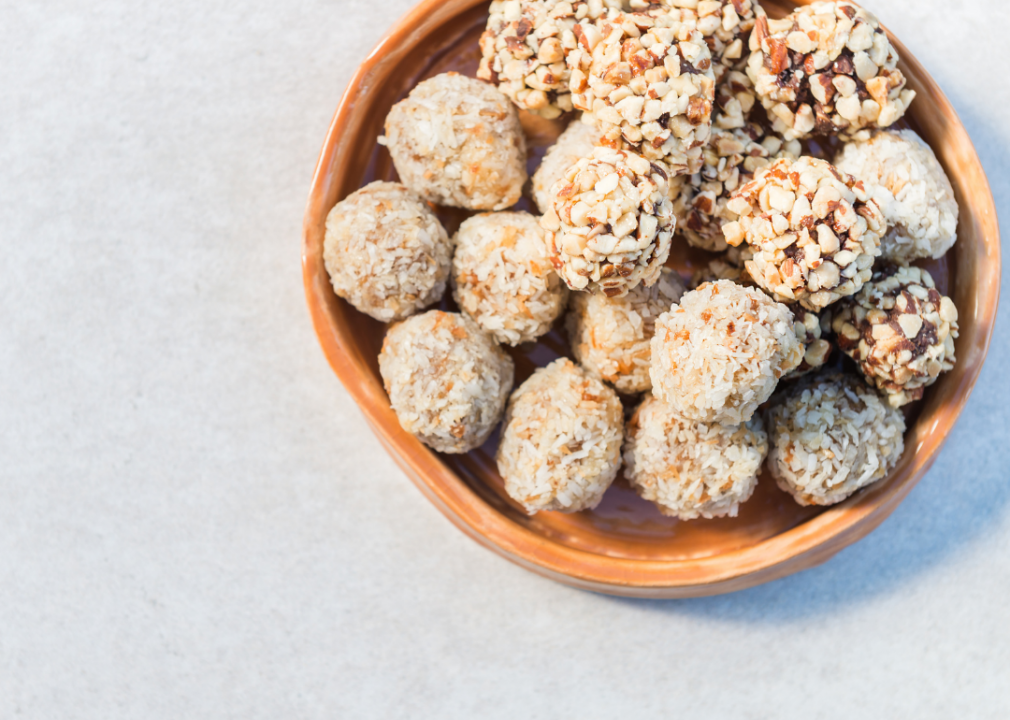 While these flavorful truffles served with an almond, coconut, and Medjool date base can be enjoyed right after they are made, they taste best if allowed to harden in the refrigerator for about an hour. If dates aren’t appealing, they can be substituted with several other plant-based foods like dried apricots or dried cranberries. The number of dates can also be increased to add a richer, caramel taste. And sea salt can be used instead of regular salt for a kick of flavor. This fiber-rich recipe offers 13.7 grams of dietary fiber. 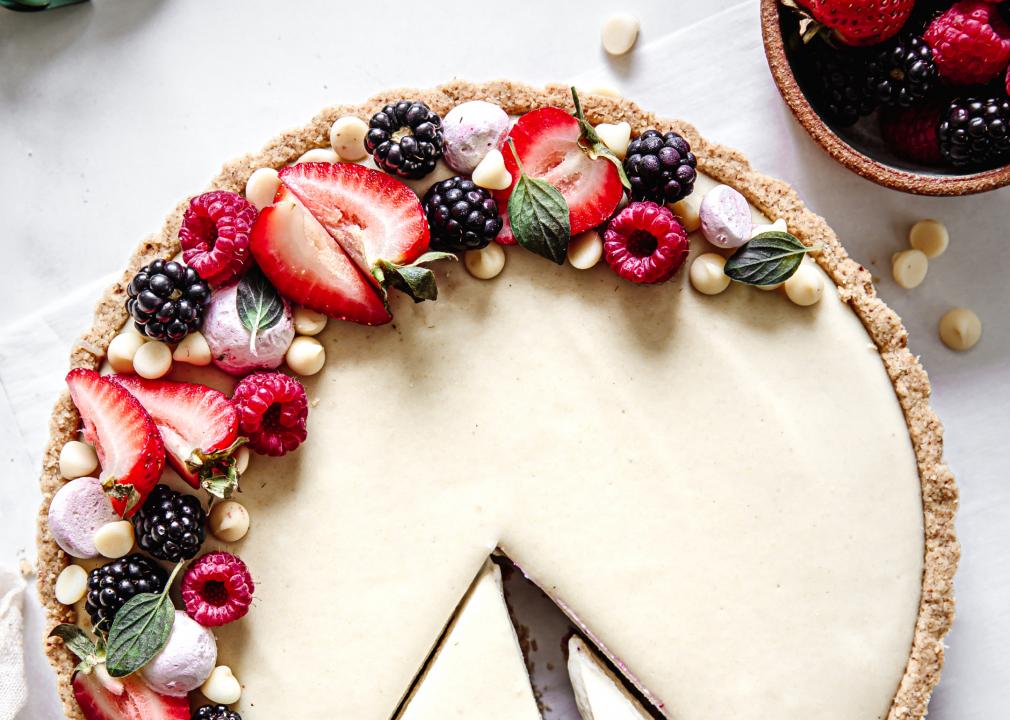 White chocolate-lovers will delight in this white chocolate berry tart, which yields eight to 10 slices. To prepare, the coconut milk should be refrigerated overnight. Overnight preparation also includes soaking cashews in water. After the tart sets in the refrigerator for two to three hours, top it with vegan white chocolate chips or fresh berries. Leftovers can be stored for up to three days as long as they are refrigerated.

This story originally appeared on Almond Cow
and was produced and distributed in partnership with Stacker Studio. 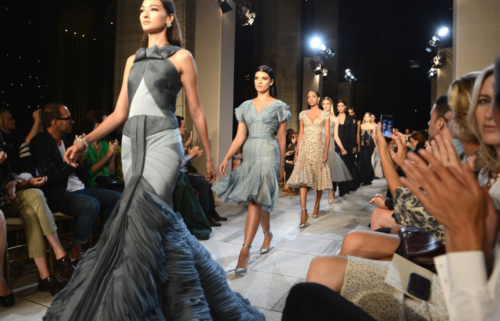 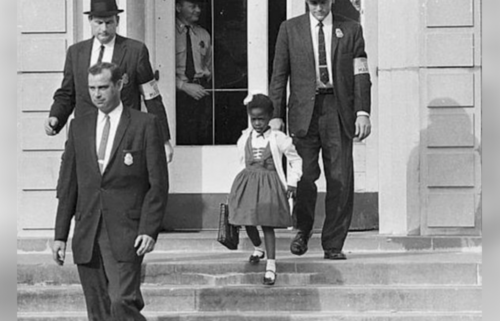 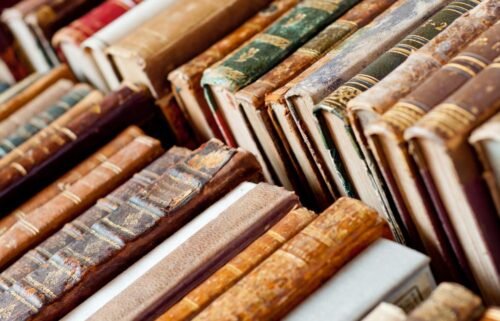 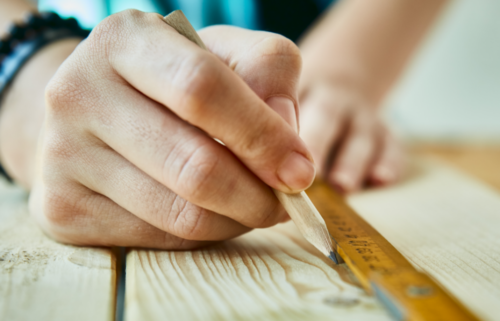