“Usually what I tell people is if you can't sit outside for ten minutes without a coat on, it is way too cold for an animal to be out there,” said Kim Lambert, a representative from the Humane Society of El Paso. “Usually it’s probably around the 40’s when we start seeing a lot of concerns, but animals can suffer from hypothermia even if the weather is in the 50’s or 60’s.”

“A lot of folks around the area tend to keep their dogs outside for a large part of the day, a lot of times when they're at work,” Lambert said. “But with the temperatures getting colder at night, it's just not safe for them to be out there. Yes, they do have fur coats, but it's not enough to keep them warm. Even dog kennels or dog houses, they're not insulated. They’re not set for this type of temperature”

Residents can also file reports with the City of El Paso if they see someone else has left animals out in the cold. Residents can do this by calling 311.

A representative from the El Paso Police Department said owners can face a misdemeanor if a pet dies after being left out in extreme weather. In some cases, the representative said the individual can be charged with a felony.

To report stray animals out in cold weather, call Animal Services at 915-212-PAWS or visit elpasoanimalservices.org. 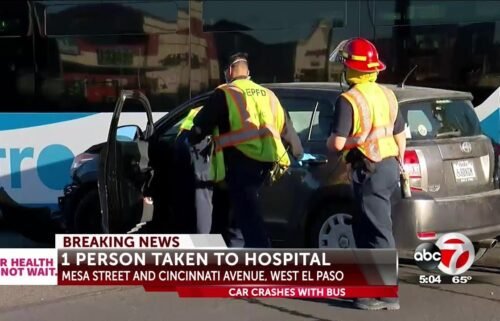