A man who pleaded guilty to sexually assaulting an intellectually disabled woman in an Arizona long-term health care facility was sentenced to 10 years in prison Thursday, according to prosecutors.

Nathan D. Sutherland, formerly a licensed practical nurse who was caring for the woman, was accused of impregnating her in 2018 while she was in a vegetative state at the facility, prosecutors said. She shocked employees by giving birth at the facility in December 2018, with one telling a 911 dispatcher, “We had no idea she was pregnant.”

In January 2019, Sutherland was arrested after a sample of his DNA matched the baby’s, police said.

Sutherland pleaded guilty in September to sexual assault and abusing a vulnerable adult, court records show, at the Hacienda HealthCare facility in Phoenix, where the victim had been living for years.

The woman had been a patient at Hacienda since 1992 due to significant intellectual disabilities as a result of childhood seizures, her family told CNN, and has since left the facility.

Sutherland will be placed on lifetime probation and required to register as a sex offender upon his release from prison, Maricopa County Attorney Allister Adel said in a statement.

“The sentence imposed was the maximum allowable under the agreement and took into consideration numerous aggravating and mitigating factors, including the vulnerability of the victim and the position of trust held by the defendant,” Adel said. “This sentence honors the wishes of the victims in this case.”

CNN has reached out to Sutherland’s attorney for comment.

After the sexual assault was revealed, Hacienda HealthCare said it was making changes to ensure the safety of its patients, including new security cameras and retraining for staff members on abuse and neglect protocols. 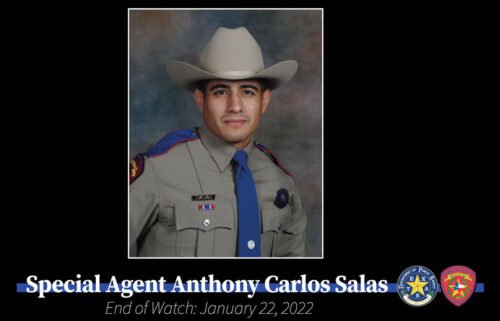