PORTLAND, OR (KPTV) — A Safeway customer in Portland is suing the grocery store after he says his receipt showed extra charges he didn’t know about.

The complaint was filed earlier this week and accuses Safeway of charging customers a one-percent fee on some items to help pay for a citywide clean energy tax.

The tax, approved by Portland voters last year, began in January and applies to businesses that make one billion dollars or more in gross revenue in the U.S. and $500,000 in Portland.

Items like most groceries, medicine, and healthcare services are exempt from the tax–but some customers have been seeing it on their receipts when it comes to non-grocery items, like pet food, cleaning supplies, and hand sanitizer, they say.

According to the lawsuit, Safeway broke the law by not telling customers about the tax.

“It is secret, because Oregon doesn’t have a sales tax, generally,” Michael Fuller, an attorney, said. “The tax is on the corporation. Now, the corporation, like many corporations, will have to raise its prices to pay for additional expenses, but you have to be honest about the increase in prices. You cannot just add that increase behind a consumer’s back. If a can of soup costs 99 cents, that’s what the consumer should pay at the register.”

The tax is meant to help raise money for a variety of clean energy project and jobs in Portland. In the past, opponents have said they were worried it would get passed on to consumers.

FOX 12 reached out to Safeway Wednesday about the lawsuit but did not immediately hear back. 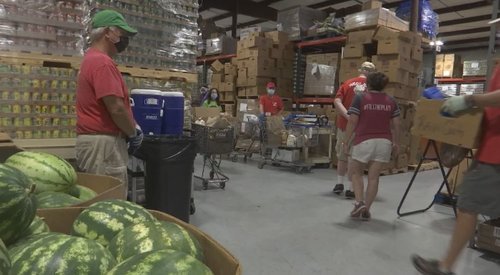