MINNEAPOLIS, Minnesota - For the second time in less than a week, the NM State football team took the field. After boarding a plane and heading north to Minneapolis, the team looked to upset Minnesota, a team receiving votes in both major Top 25 polls. The Golden Gophers were up to the challenge, taking down NM State 38-0.

Throughout the week, news stations around the country flocked to the storyline of head coach Jerry Kill's return to Minnesota, where he coached from 2011-2015.

"You know, it was a surreal moment. I've never been the same since leaving Minnesota and I never will. So the people that don't like me or are disgusted with me or whatever it is, that didn't change the way way I feel about this place," stated an emotional Kill. "This place was great to me. The community was great to us."

Kill and company received the opening kickoff but didn't get the Midwestern welcome they were looking for.

Each of NM State's four drives in the first half ended with a Josh Carlson punt.

The redshirt junior from Gilbert, Arizona tallied 150 yards off of punts in the first half.

Through 30 minutes, the Aggies mustered just two first downs and 49 yards of total offense, led by 14 yards of rushing by Diego Pavia. Both Pavia and Gavin Frakes saw time at quarterback, combining to go 2-6 through the air for just ten yards.

Defensively, Dylan Early led the way with seven tackles in the opening half while Bryce Jackson, Donovan King, and Chris Ojoh all recorded at least five stops.

The NM State defense bolstered it's strong stand in second half as eight players – Jackson, King, Ojoh, Early, Devlin Kirklin, Andre Seldon, Nick Giacolone, and Trevor Brohard – each finished with five or more tackles. Taylor Milton and Josh Ferguson each received partial credit for a tackle-for-loss in the second half.

NM State's offense appeared to finally be clicking as the Aggies drove down the field, highlighted by a 34-yard completion from Frakes to Justice Powers. Coming into Thursday's action, Powers led all FBS players, averaging 37.0 yards per reception.

Nonetheless, Minnesota's stout defense proved to be too much for an Aggie team that continues to try and find its footing.

Looking Ahead
After a few additional days of rest, the Aggies will make the short trip down Interstate 10 to take on UTEP in the Sun Bowl. 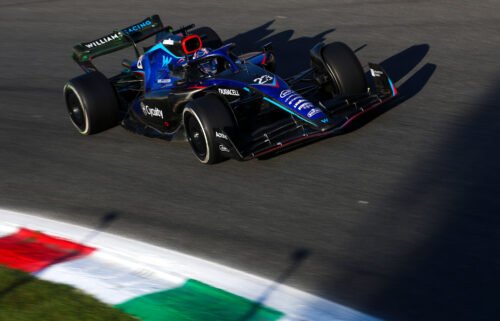