Employees of the Department of Homeland Security Inspector General’s office are calling on President Joe Biden to fire Inspector General Joseph Cuffari, according to a letter obtained by the Project on Government Oversight.

“The mission of DHS OIG is to provide independent oversight and promote excellence, integrity, and accountability within DHS,” the employees wrote in the letter signed by “Concerned DHSOIG employees representing every program office at every grade level.”

The employees said they didn’t want to sign their names for fear of retaliation.

“Therefore, the highest priorities of an inspector general are integrity and independence. IG Cuffari and his inner circle of senior leaders have fallen short in these areas time and time again.”

The two-page letter lists several ways the unnamed DHS OIG employees believe Cuffari has derailed the office’s work and integrity, including significantly editing reports to remove key findings and interfering with staff efforts to gather information. The letter does not say how many employees feel this way.

“He has permanently damaged the reputation of DHS OIG, which already suffered public scandals and mismanagement,” the letter said.

“He no longer has the support of his workforce. Staff do not trust IG Cuffari and his senior leadership to make the right decision.”

CNN has reached out to the White House and the DHS OIG for comment.

The letter comes after a barrage of accusations from lawmakers that Cuffari and top deputies dramatically mismanaged investigations and possibly engaged in a coverup over the inquiry into US Secret Service text messages that were erased due to a data migration.

Democratic lawmakers have called for Cuffari to hand his investigation into the Secret Service to a peer inspector general, citing numerous reports that Cuffari’s office has inexplicably manipulated the investigation.

CNN previously reported that Cuffari’s office knew as early as May 2021 that the Secret Service deleted text messages and told the Department of Homeland Security in July 2021 that inspector general investigators were no longer seeking the records.

However, in mid-July, Cuffari wrote a short letter congressional oversight committees requesting they take action into the missing text messages, as well as into perceived roadblocks to accessing DHS records associated with the January 6, 2021, insurrection at the US Capitol.

Patience with Cuffari quickly dissolved after several reports showed that Cuffari’s office knew about the missing text messages more than a year before he alerted Congress.

In an August letter, House Oversight Chairwoman Carolyn Maloney and House Homeland Security Chairman Bennie Thompson, who also chairs the House January 6 select committee, wrote to Cuffari, pointing out that Cuffari has not cooperated with their previous requests to provide documents or make his employees available for transcribed interviews amid their ongoing investigations.

“Your obstruction of the Committees’ investigations is unacceptable, and your justifications for this noncompliance appear to reflect a fundamental misunderstanding of Congress’s authority and your duties as an Inspector General. If you continue to refuse to comply with our requests, we will have no choice but to consider alternate measures to ensure your compliance,” Maloney and Thompson wrote.

Maloney’s and Thompson’s call In July for Cuffari to recuse himself was equally scathing. The letter said they had lost confidence in him after he waited months to inform Congress about the deleted Secret Service text messages from around January 6.

Senators on the Homeland and Governmental Affairs Committee — the panel that voted in favor of Cuffari’s confirmation — are growing critical as well.

Sen. Gary Peters, the Democratic chairman of the Senate Homeland and Governmental Affairs Committee, wrote to Cuffari in August to requested detailed information about the investigation, calling the allegations troubling. 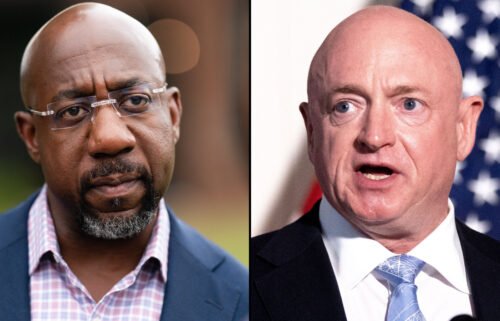