Massago is in complete shock after she opened up her Ring Neighbor’s app.

“There it was… somebody running to our front door, grabbing a package out of our mailbox,” says Massago.

After the man snatches the package, you can see him running away and then taking off in a dark-colored sedan. The quick crime, taking less than a minute, but long enough for the security camera to get a picture.

“I was just in disbelief. Like, why would somebody run to our mailbox and grab something. It looked like they knew what it was,” she says.

At first, this Village mother of two had no idea what was stolen. It turns out, the family won’t be missing much.

“What about when you found out that all he got was Pez?”

The thief only got away with Pez, a candy.

“The most random purchase.”

Two pounds in all, at a cheap price, too. She only spent about $5 on the candy, and she says now, it’s all she can do not to laugh.

“I would like to think that when he opened it, he was laughing too,” says Massago.

The homeowner did file a police report and officers told her this kind of theft happens often. 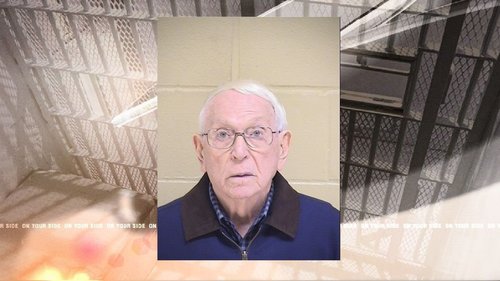