When she spoke with News 4 from her hospital bed, she said she was feeling better and was excited to go home. A few days later her health took a turn for the worse, and one week after she had begun planning her life after coronavirus, she was dead.

Hobaugh’s twin sister, Sheila West, said the 59-year-old with diabetes and asthma took every precaution to avoid getting COVID-19.

“When she would go shopping or something she would come home and take a shower and of course, she had tons of hand sanitizer,” West said. “She wore her mask and was just very careful.”

In late August, Hobaugh developed a mild cough and was diagnosed with COVID-19. But when her symptoms and breathing worsened, she was admitted to Parkland Health Center in Farmington.

“I was terrified,” West said. “I knew there was a great chance I was going to lose her and I didn’t want to let her go.”

Hobaugh recorded a message on Facebook urging others to take the threat of infection seriously while documenting her symptoms.

“I’ve got pneumonia pretty bad and hopefully I am going to fight this and I am going to come through it with the Lord’s help,” she said.

On September 9, as Hobaugh’s health declined, she pleaded for prayers from the community.

Days later, she was transported by a medical helicopter to Barnes-Jewish Hospital. She died Sunday, September 20. Her final warning was simple.

“If you do gather, stay six feet apart and wear a mask for goodness sake,” she said.

As West mourns the loss of her twin, who she calls her other half, she hopes her sister’s last words save another life.

“I am just at a loss. I feel like part of me is gone, and I really don’t know how I am going to learn to live the rest of my life without her,” she said. “You take those things for granted until you don’t have them.

West said up until her sister died, she didn’t take COVID-19 seriously. She was in large crowds and only wore a mask when forced to.

She got the virus too, but recovered quickly. However, even though her personal battle went well, Hobaugh’s death has pushed her to continue her sister’s message.

“You should do everything in your power to protect yourself from this, it’s deadly serious,” she said. “It’s not just the flu.”

West said her sister will not have a traditional funeral, only a small graveside ceremony with a few family members and friends. 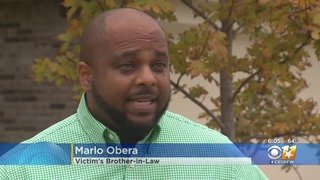