EL PASO, Texas -- College basketball teams and fans are ecstatic to hear they will have a season.

But with the NCAA pushing back the start of the season by two weeks, they also now may have to re-piece together their schedules.

As part of the NCAA’s decision to tip the college basketball season on Nov. 25, teams will only be permitted to play 27 games maximum, and a minimum of 13 to make the NCAA tournament.

However with so many adjustments, don’t expect everybody to fill their schedules so quick.

“I’d like to play 27 games," says New Mexico State Head Coach Chris Jans. "I’m not sure we’ll be able to fit all those games in on that time period with existing contracts that we already have, but we’re gonna work towards that."

At UTEP, Head Coach Rodney Terry is already thinking of about travel safety.

"From a safety standpoint in terms of we want to try and stay in our region and play regional opponents as opposed to one across the country to other things,” says Terry, entering his third season at the helm in El Paso.

The NCAA is recommending at least 4 non conference games per school.

That would have worked for Jans at NMSU, except his rivalry games with UTEP and New Mexico fell before the new start date.

“Are you gonna try to make up some of the games before November 25th or not?” Jans asked of the NCAA.

The start date sets up a potential feeding frenzy for coaches to schedule games.

But if some conferences opt to keep a majority of the season in-house, it could leave some teams without opponents.

“Everybody’s kinda talking around the country, 'How are you going to schedule right now?'" adds Coach Terry.

"There are conferences getting together right now, Power 5 trying to decide how many conference games they're going to play. Some of them talking about a round robin-type situation where they may play up to 26 conference games."

"So we really don’t know and a lot of that’s gonna trickle down to the mid-major level in terms of what games are still gonna be available.”

The NCAA still has a lot of questions to be answered as far as rapid testing, how frequently teams will be tested, and whether or not fans will be allowed at games.

But regardless on the number in the seats, there will be ten guys running up and down the hardwood this winter in the college game. 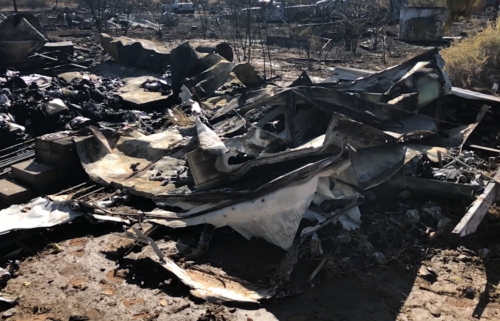