It was a tale of two halves for the UTEP Miners as the football team lost its 8th game in a row.

This time it was against the Charlotte 49ers in the first ever meeting between the two schools in football.

Charlotte erased a 21-7 halftime deficit by scoring 21 unanswered points over the final two quarters, escaping El Paso with a 28-21 win.

The Miners came out of the gate swinging, building a 14-0 lead in the first quarter.

UTEP quarterback Kai Locksley was 6-for-6 passing on UTEP’s first two drives as he rushed for one touchdown and passed for another.

The Miners would go into the half with a 21-7 lead, but things would change dramatically in the second half.

UTEP was held scoreless, while Charlotte put up 21 unanswered points.

Charlotte took its first lead of the game with 7:06 to play, when quarterback Chris Reynolds connected with Jacob Hunt for a 19-yard TD.

Miners will play back-to-back road games at UAB (Nov. 16) and NM State (Nov. 23) prior to closing out the season at home against Rice on Nov. 30. 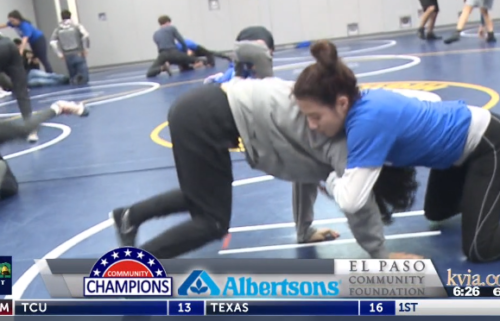